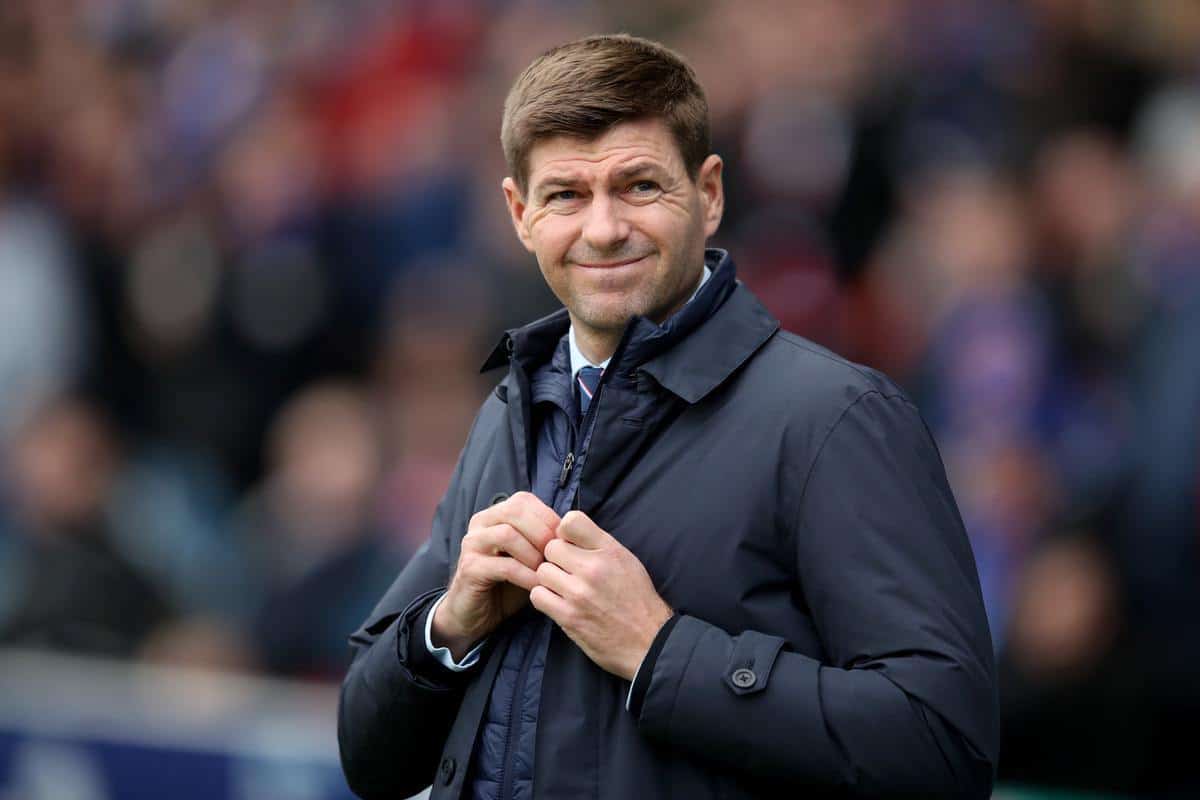 Steven Gerrard is one of the leading candidates to replace Steve Bruce at Newcastle, but the Liverpool legend has so far distanced himself from speculation.

Bruce departed Newcastle on Wednesday morning, with the club announcing his exit by mutual consent, less than two weeks after their takeover by the Saudi royal family.

The 60-year-old was far from a popular figure on Tyneside, and his role is now being filled by former Everton assistant manager Graeme Jones on an interim basis.

As one of the richest clubs in world football, there will be a lot of focus on Newcastle‘s next managerial appointment, and Gerrard is reported to be one of their possibilities.

According to the Telegraph, talks are underway with ex-Roma manager Paulo Fonseca, but Gerrard, Frank Lampard and Eddie Howe are also being considered.

But would Gerrard be interested in leaving Rangers for Newcastle?

“I don’t really react or get involved with any kind of speculation,” he told reporters last week, before Bruce’s exit.

“Especially when there’s someone who I have the utmost respect for sitting in that job, that the speculation is about.

“For me, I’m in a very big job and a very big role here, that I’m very much fully focused on.”

He added: “I think it’s interesting what’s happening at Newcastle. I think if anyone deserves a break it’s the Geordie fans.

“So I’m sure the excitement levels are very high down on the Toon. And obviously everyone connected with the game is looking with interest, to see how that develops.

“But from a personal point of view, I don’t really get involved in speculation and I wish Steve Bruce all the best.”

Gerrard has been widely tipped to eventually take over as Liverpool manager, with Jurgen Klopp‘s contract set to expire in 2024, and it is unclear if moving to Newcastle would affect that position.

But the 41-year-old’s words certainly haven’t ruled him out, even though he was speaking as Rangers boss, and it could be that his first job in the Premier League comes with the Magpies.