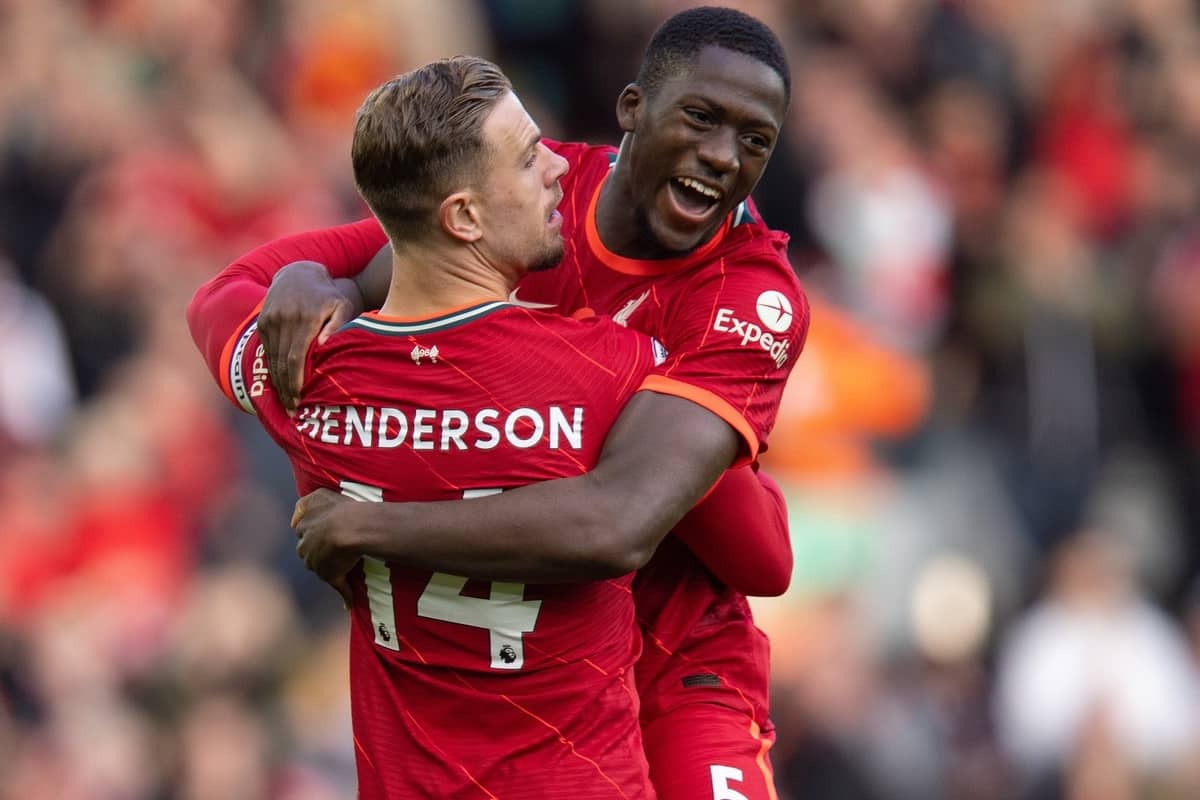 Liverpool look to react to their 3-2 defeat to West Ham when the Gunners arrive on Merseyside for an evening kickoff, with Klopp’s squad depleted by injury.

It is a predictable situation for the Reds, particularly after the nightmare at centre-back last term, and the hope is they are better-placed to deal with it this time around.

Arsenal head to Anfield on a 10-game unbeaten run, including eight victories, and are just two points and one place below Liverpool in the table.

So how does Klopp set his side up to take the three points?

As Klopp spoke to reporters ahead of kickoff, he revealed that Liverpool are without six players and face two further doubts:

That would suggest that, despite hopes they will be passed fit, they are likely to be left out of the starting lineup either way.

And if Henderson is out along with Milner, Keita, Jones and Elliott, Alex Oxlade-Chamberlain is certain to be preferred alongside Fabinho and Thiago.

There will be an emphasis on Diogo Jota to perform in Firmino’s place, flanked by Mohamed Salah and Sadio Mane: 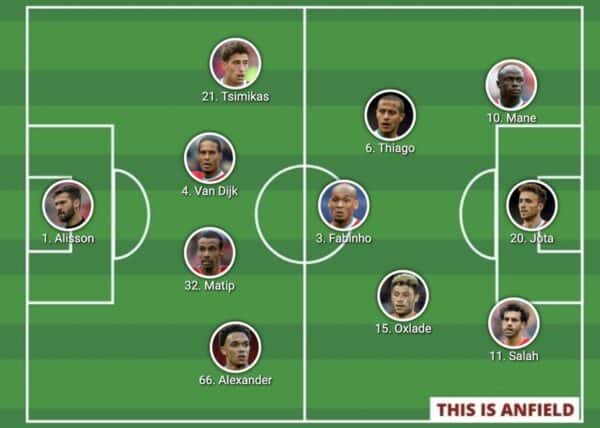 However, Klopp’s focus on Robertson and Henderson in the buildup could indicate that, if they are fit, they will be in contention to start.

If that is the case, Liverpool could shape up closer to full strength on Saturday.

Henderson could take over from Oxlade-Chamberlain in midfield while Robertson could be retained over Tsimikas at left-back.

Another decision may come at centre-back, after a limp display from Joel Matip in the loss to West Ham, with Ibrahima Konate a popular option to come in. 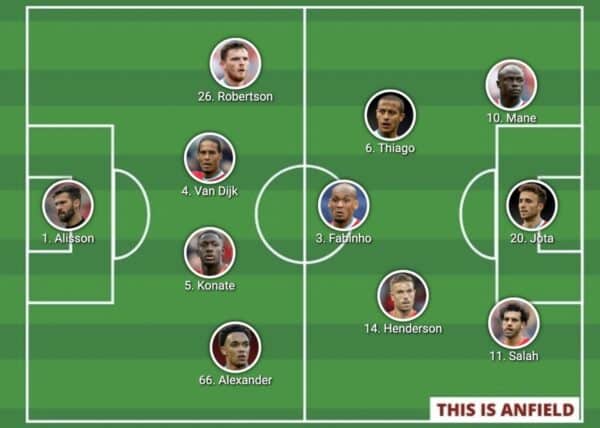 Though defeat in east London last time around was a setback for Liverpool, it is far from the doom and gloom that seems to have set in over a long international break.

Klopp should still have enough strength at his disposal to break Arsenal‘s unbeaten streak and restore the Reds to form – with or without his captain and first-choice left-back.