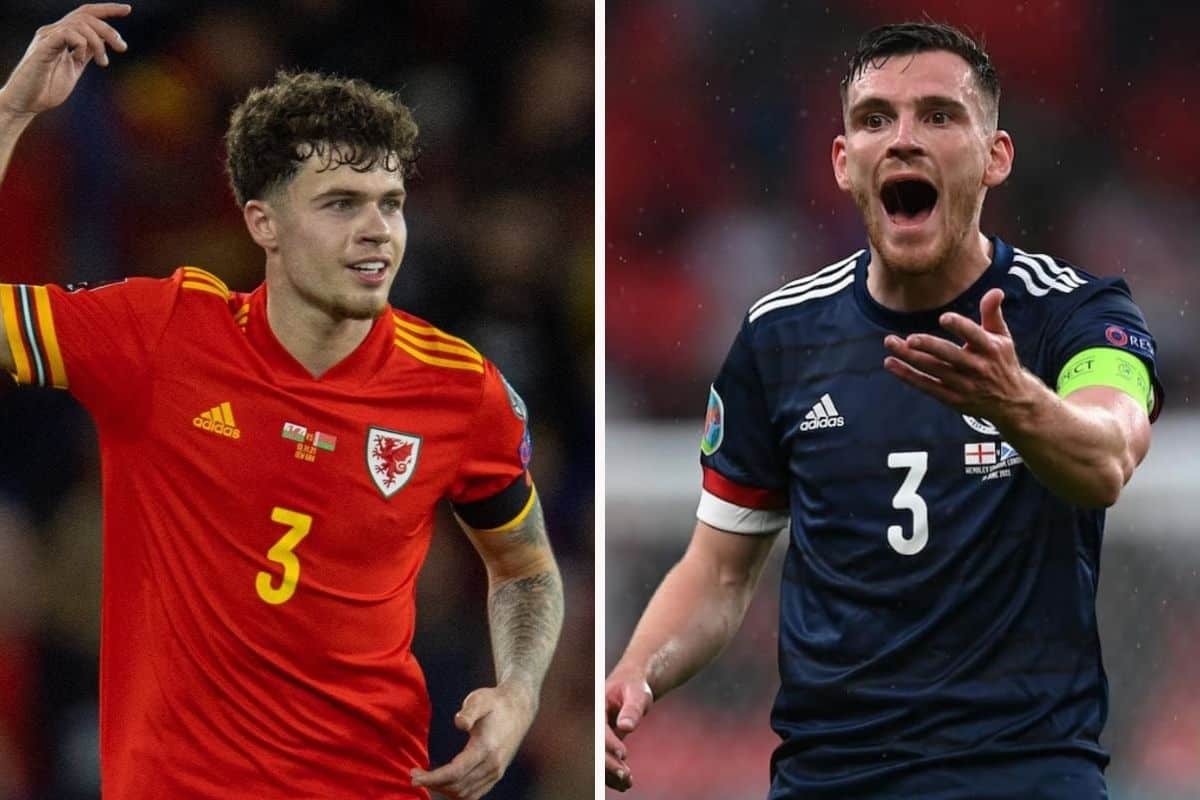 The World Cup qualifiers are nearing their end for those in Europe with two just hurdles left to be cleared, but Andy Robertson and Neco Williams could need to dish out heartbreak to the other to reach Qatar.

The Reds already have eight players who have helped their country qualify for the 2022 World Cup.

But there is still plenty of time for others to fight their way into contention for their respective countries who have already qualified, or for those still battling it out.

And Robertson and Williams are two in the latter category, needing to go to the next stage of European qualifiers, as too Diogo Jota with Portugal.

But the full-backs are on a collision course having been drawn in the same bracket, Path A, on Friday for the final round of playoffs.

Scotland will first need to beat Ukraine and Wales will need to overcome Austria in the semi-final, but should the two successfully do so they will meet in the final.

In that eventuality, Wales have been handed the home advantage and in their head-to-heads, it bodes well for Williams as his country have won five of the last six meetings.

The all-important playoffs will take place in the March international break, with the semi-finals scheduled for March 24 and the finals, March 29.

It would certainly make for interesting viewing but the two still have a job to do before then.

And Jota will be of the same mind having seen Portugal drawn against Turkey in the semi-final having failed to automatically quality, but they are in the same bracket as European champions Italy.