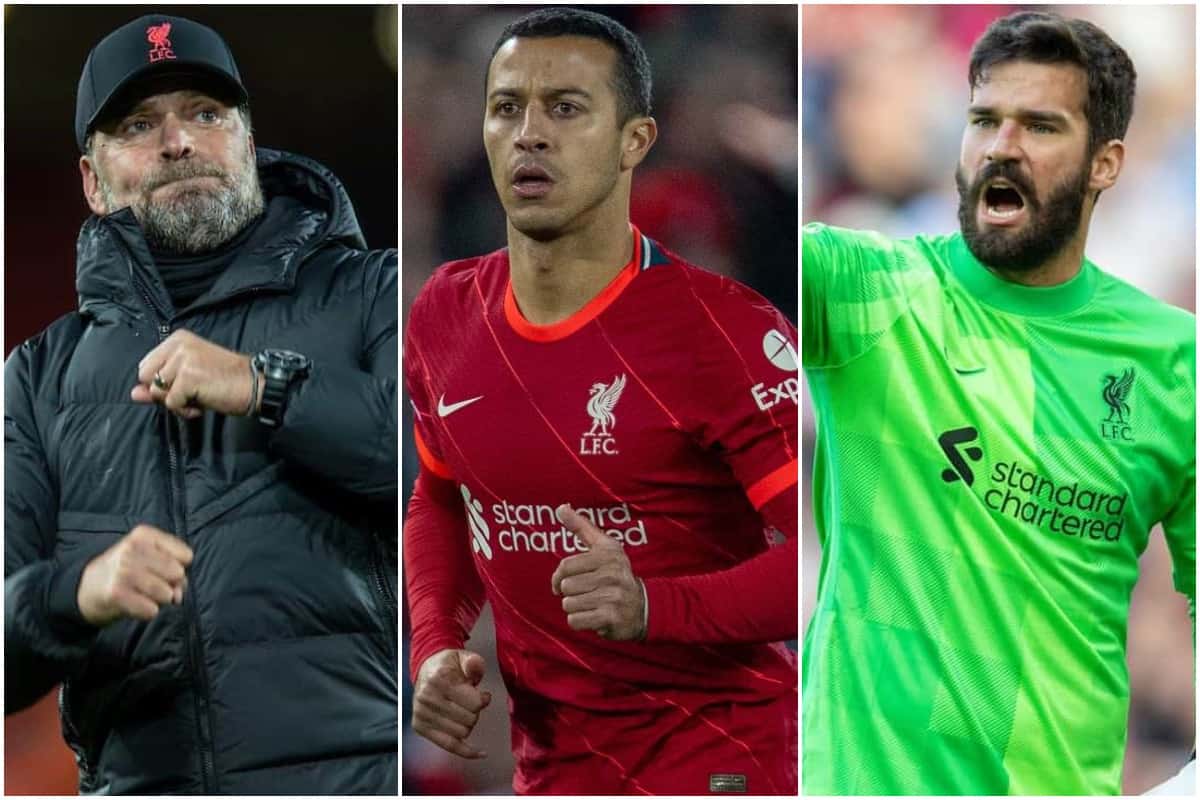 One of the upcoming themes of the Premier League is how it continues over Christmas at breakneck pace, while other European leagues have their winter break.

England’s top flight does have a shorter one coming in the new year, but there’s still a huge squeeze to fit games in during December – we’ll play nine games that month, plus another on 2 January, 2022.

Speaking after our win over Porto, Alisson Becker pointed out the lunacy of it all and the ever-increasing demands on players.

“In football there’s a demand today and players are asking for it, a better organisation of the calendar. Every calendar. Not just from here in England,” Alisson said to TNT Sports.

“We’re going to play one game on the 26th and on the 28th we’re going to play another game. That is inadmissible. And we have to play. So it’s not just in Brazil that the calendar is bad. But here in England there are also things that aren’t the best scenario. And that’s up to a lot of organisations and you TV guys know how things work. There is also part of the TV [to blame]. So if everyone worked together, I believe football would be better.”

Reaction to another Anfield win

Tonight’s the night for all you Europa aficionados. Pick your own game, lazy.