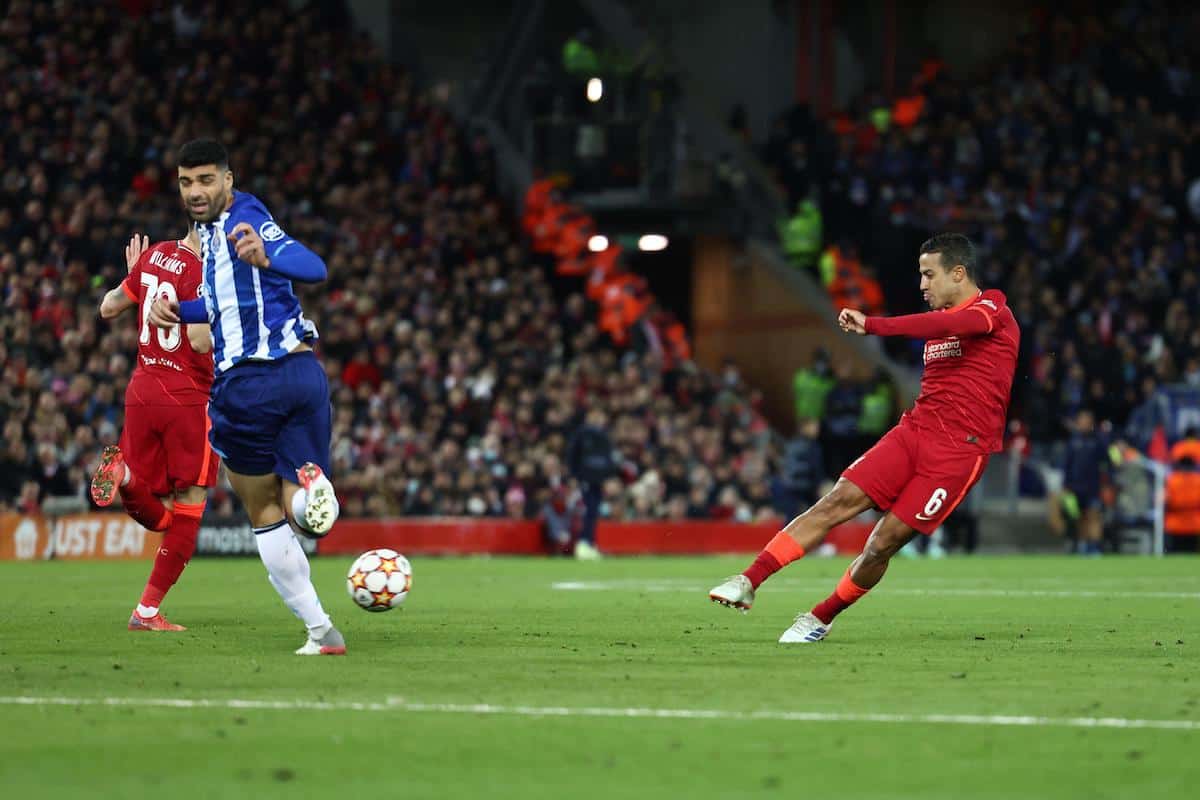 It was a thing of beauty, destined for the net as soon as it left Thiago‘s foot and Jurgen Klopp was right to call it a “thunderball,” now it’s time to watch it again and again.

The Spaniard injected a spark of quality into a match that was largely played as the dead rubber it was for Liverpool, and as a second goal for the club goes it was a spectacular one.

With the clock just ticking over into the 52nd-minute, the Reds finally broke the deadlock to get Anfield on its feet and emitting sounds that spoke of its impressive nature.

Like a skipping stone, Thiago unleashed a half-volley of the highest quality through a sea of legs and it was in the back of the net before you could blink.

And why wouldn’t you want to watch it again and again, for the strike and the reactions of others!

It capped off what was a Man of the Match performance from Thiago, with his passing and work off the ball something to marvel at.

“Whoever sees Thiago in training knows he has the technique to do it but even with this technique it doesn’t happen constantly that he can fire such a thunderball,” Klopp said post-match.

It was a third successive start for the No. 6, who is finding his groove after injury once again halted his chance at momentum back in September.

His withdrawal on Wednesday evening with just under 30 minutes remaining kept him safe from harm ahead of Southampton‘s visit on Saturday and the nine other games to close out 2021.

And we wouldn’t say no to another beauty of a goal during that time!