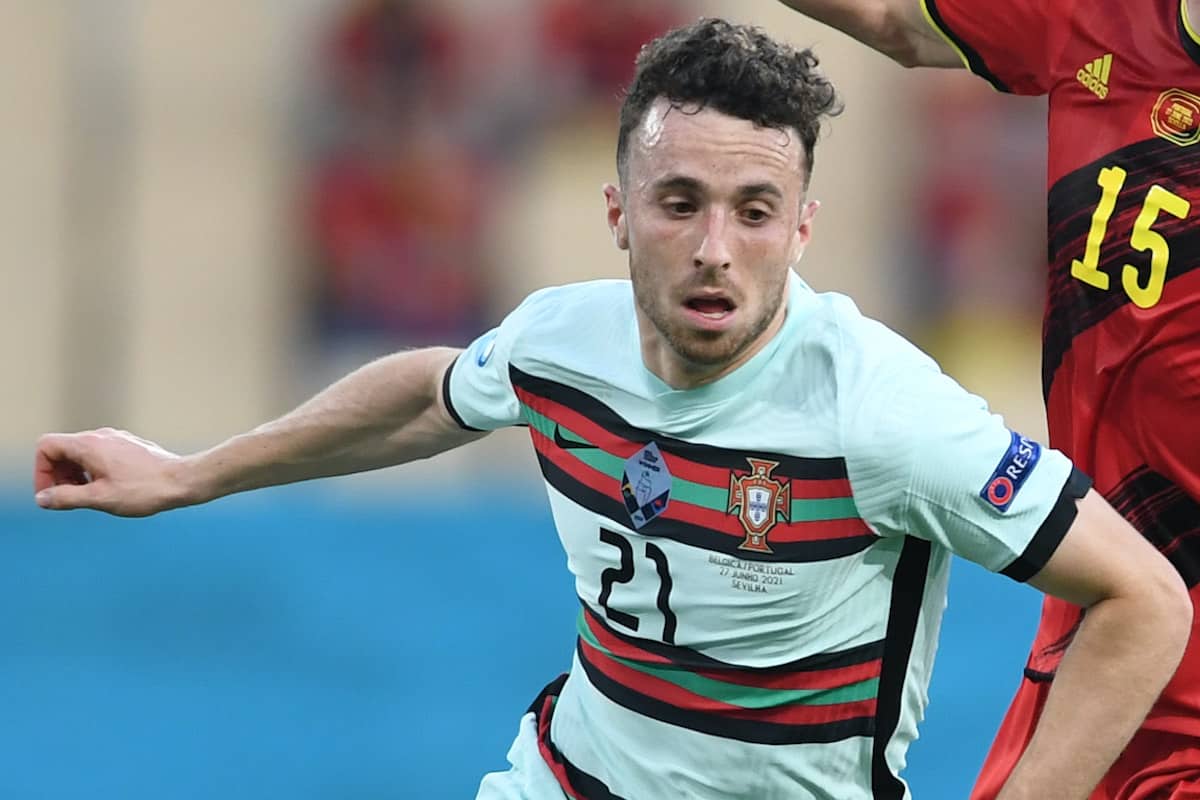 It was another eventful night but for all the wrong reasons for Diogo Jota as Portugal relinquished their lead against Serbia to force them into the World Cup play-offs.

Portugal only needed a draw to finish on top of Group A and secure an automatic place in next year’s tournament, and Renato Sanches gave them the perfect platform to do so.

The opening goal arrived in the second minute as Bernando Silva’s pressure won the ball back for Sanches, with Jota and Cristiano Ronaldo watching on from behind.

The Liverpool forward had a relatively quiet night on what was his first outing of the break and at the time of his withdrawal in the 83rd-minute, Portugal’s automatic place was still in their hands.

Dusan Tadic equalised in the first half with Rui Patricio experiencing a moment to forget but Fernando Santos’ men were still in the driving seat.

But that changed in a blink of an eye as Fulham striker Aleksandar Mitrovic was left unmarked at the back post to head home the winner in the last minute of the 90 and it instead meant Serbia earned the automatic place in Qatar.

The result means that Jota and Portugal will fight it out in the play-offs in March, joining Andy Robertson‘s Scotland in the draw.

But for Liverpool, his return to Merseyside injury-free will be the main priority after seeing both Jordan Henderson and Sadio Mane make early returns due to fitness issues.

Elsewhere, Kostas Tsimikas played the full 90 minutes in Greece’s 1-1 draw with Kosovo – both teams were out of the running for World Cup qualification prior to kickoff.

Liverpool’s No. 21 lined up at left wing-back and duly impressed, making the most key passes (7) of any player on the field for either team in what was an energetic display.