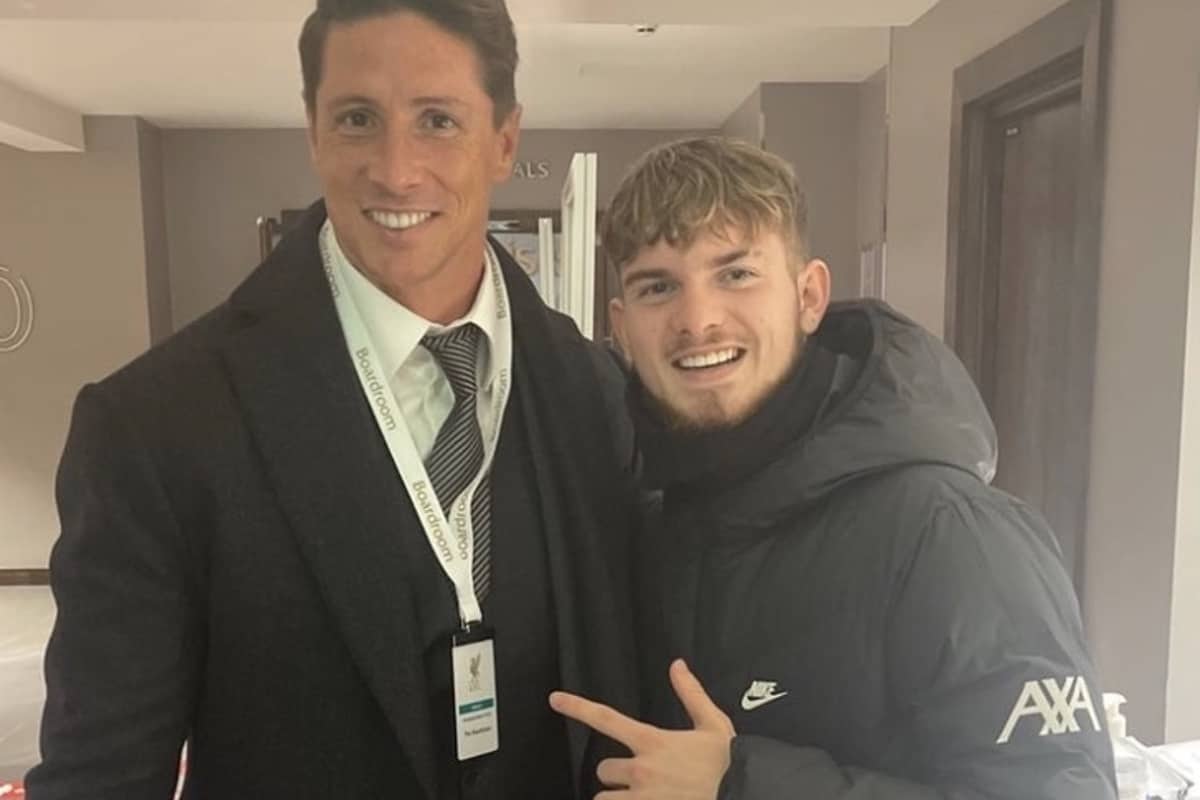 Liverpool’s past, present and future met at Anfield after Liverpool’s 2-0 victory over Atletico Madrid, with Harvey Elliott hailing Fernando Torres as a “legend.”

When Torres joined the Reds from Atletico in 2007, Elliott was just three months past his fourth birthday.

It is a sobering reality, with Liverpool’s No. 67 only turning 18 earlier this year, two years after Torres announced his retirement.

Now, the Spaniard is coaching Atletico’s under-19s, who suffered a 2-0 loss to Liverpool in the UEFA Youth League on Wednesday afternoon before making their way to Anfield to watch the Champions League clash. 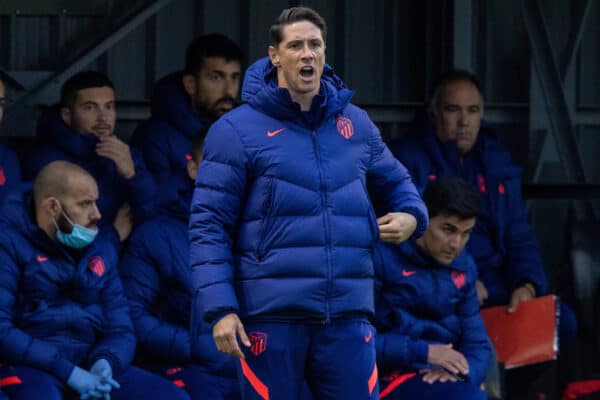 Torres watched on as an away supporter, though there remains a place in his heart for the club he spent four years with before joining Chelsea in 2011.

After the game, the 37-year-old met the Reds squad in the hospitality area of Anfield, where he posed for a photo with Elliott – who, again, was only seven when Torres’ time on Merseyside came to an end.

Speaking to Liverpool’s official website beforehand, Torres described it as “even more special” for him to see his two former sides face off in what was his first time back watching a game in England.

Elliott and Torres were not the only pair to link up behind the scenes on Wednesday night, with Virgil van Dijk sharing a photo of himself with Alan Hansen:

Not a bad partnership! ? pic.twitter.com/5xVafBPoVV

In many ways, Hansen is Van Dijk’s predecessor at Liverpool, as the Rolls Royce centre-back who played a pivotal role in the club’s success under Bob Paisley, Joe Fagan and Sir Kenny Dalglish.

The prospect of Van Dijk and Hansen partnering each other at the back is one many supporters have dreamed of in the past.

With 36 years separating them, however – Hansen was 62 when Van Dijk debuted for Liverpool – that fantasy will have to be satisfied by these iconic meetings within Anfield!