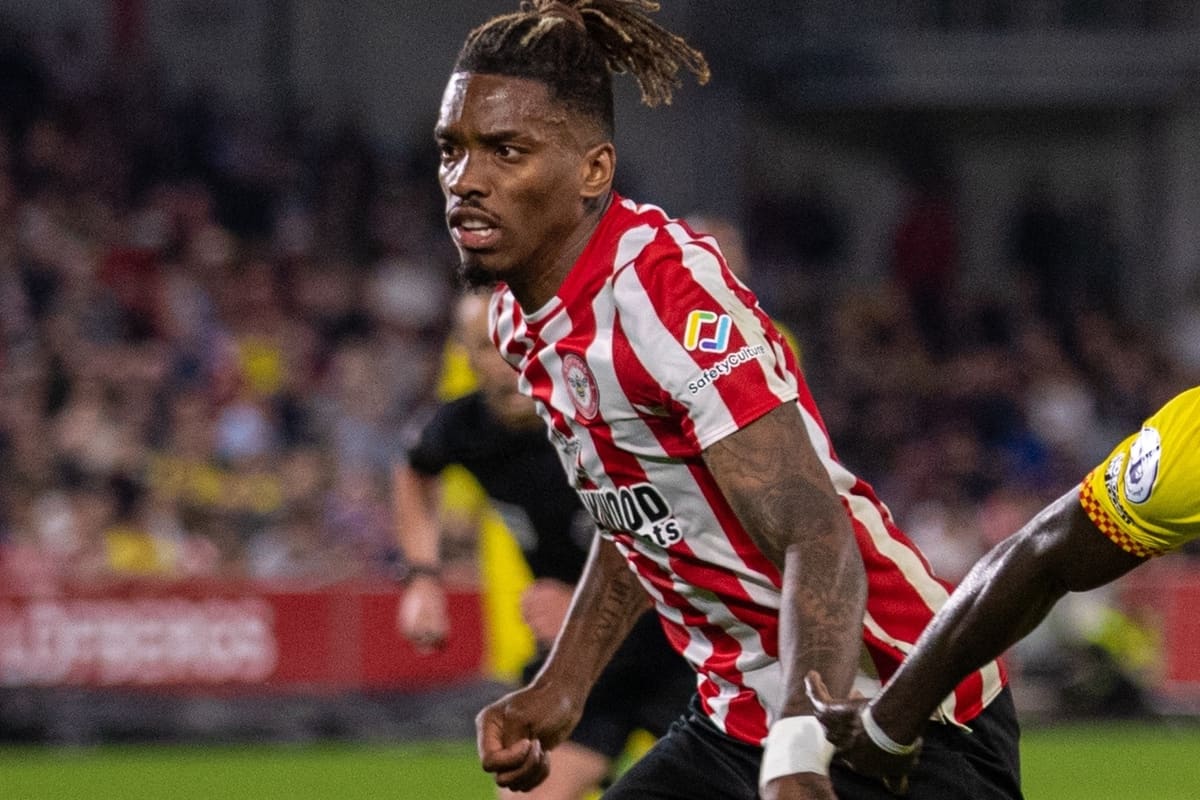 In an interview prior to Brentford‘s promotion to the Premier League, striker Ivan Toney revealed his ambition to play for Liverpool – even if he was a squad player.

Toney has made a bright start to life in the top flight, with two goals and two assists in 10 league games so far, along with a goal and an assist in the League Cup.

He has been impacted by Brentford‘s recent downturn, losing their last three games, but emphasised his quality in the 3-3 draw with Liverpool in September.

The 25-year-old terrorised the Reds’ back line throughout, and was unlucky not to end the game with a winner, having beat Alisson with a fine, instinctive finish only to see it chalked off for offside.

After the game, he shared an exchange with Jurgen Klopp, which will have been a special moment given he is a lifelong Liverpool supporter.

“Eventful evening to say the least yesterday, coming up against the team I’ve supported as a young boy was a dream come true,” he wrote on Instagram after the game.

Klopp is unlikely to have been discussing plans to bring him to Anfield, of course, but an interview released by Total Media last month – recorded during last season in the Championship – suggests Toney would be open to it.

“I support Liverpool, I’m a Liverpool fan. If they come knocking, who knows,” he said, when asked if he supported a Premier League side.

Asked if he would choose a squad role at Liverpool over being first choice at a club like Leeds, Toney added: “I’m going to have to go Liverpool! I’d make myself the main man.”

Would Toney be a good signing for Liverpool?

On the face of it, Toney represents the archetypal battering-ram striker; a hard-running, powerful goalscorer who forces his way through defences through direct movement.

But he has shown himself to be a more well-rounded forward than the initial eye test indicates, pressing tirelessly from the front and linking up smartly with his team-mates.

Upon joining Brentford for a £10 million fee in 2020, manager Thomas Frank said: “He fits what I want in a striker; he is a goalscorer, he gets into good positions in the box, he is good playing on the last line, and will contribute to our linkup play.

“Our strikers are a big part of our pressing game, and Ivan, with his work ethic, will help us with that.”

Klopp, meanwhile, described him as “the next one” in Brentford‘s production line of top-level forwards, following Ollie Watkins – a player already on Liverpool’s radar.

While he would not be expected to unseat Roberto Firmino as first-choice striker, Toney could be another valuable option in attack, eager to prove himself at his boyhood club.