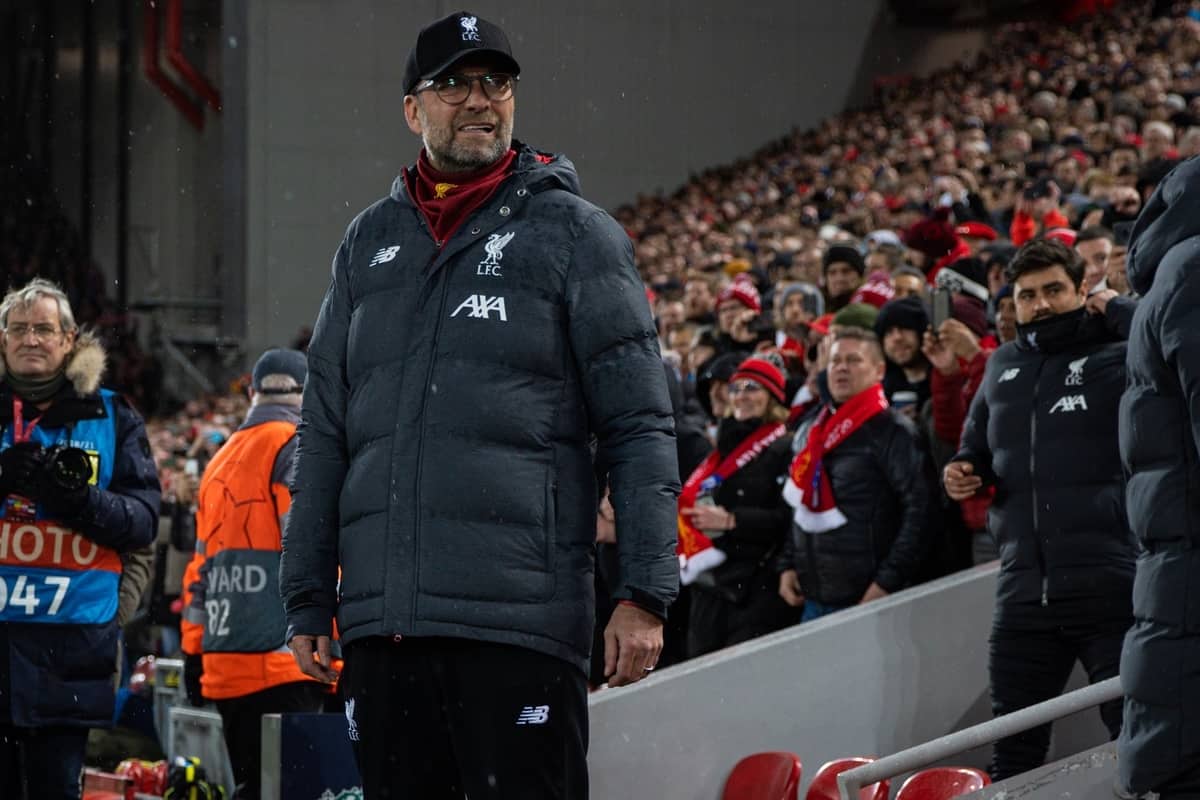 Liverpool manager Jurgen Klopp can finally look forward to hosting Atletico Madrid, 20 months on from their last meeting at Anfield.

When the two last met on Merseyside in March 2020 the COVID-19 pandemic was just starting to take a grip on the world and their Champions League quarter-final second-leg tie ended up being the last match played in England for more than three months, as football – like the rest of the country – was shut down.

At the time Klopp voiced his opposition to the game, which they lost 3-2 in extra-time to go out 4-2 on aggregate, as despite rates spiralling in Spain and the country going into lockdown, 3,000 fans were still allowed to travel.

A subsequent government report into the handling of the pandemic stated 37 people died unnecessarily as a result of that specific fixture.

But with the majority of the population vaccinated and full crowds back in stadia again, this is now a game Klopp can give his full focus to – even if fewer than 200 Atleti fans are likely to be present due to, ironically, coronavirus concerns.

“A strange 18 months or so since then really. The world turned upside down in parts,” said Klopp, whose side won 3-2 in Madrid a fortnight ago to make it three victories from three.

“Not sure we could have imagined it that night, though I think we all had a sense that something interesting could happen to us, to society. I didn’t know to what extent that night.

“It was the one game, when I thought about it later, which I never thought about like a football game. Just in my mind, it was a really strange moment.

“Before the game, after the game, everything that happened, the changes in Madrid, then all of a sudden no mascots in the stadium so you realise ‘OK, somebody thinks things could be not good’.

“It was really a strange situation and I see it not as a football game, where we played a pretty good game but we lost.

“We were so happy when we qualified for the Champions League last year, because we knew we would have nights like this.

“So now a night like this is coming and we should celebrate it in a football way together with our supporters.

“Atletico is a good team, incredibly good team and ever since Diego [Simeone] is there, they never played a friendly game, so we should not expect that, but we will give it a try.” 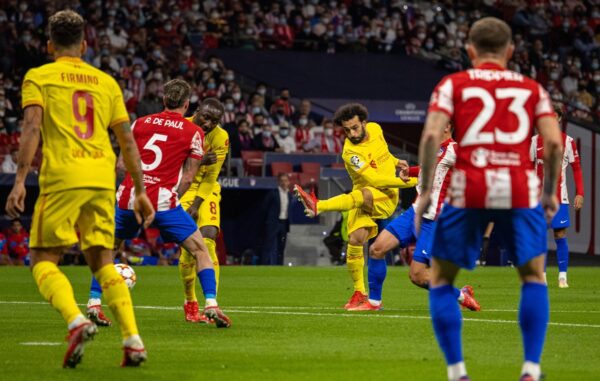 A fourth-successive victory would send Liverpool into the knockout phase with two matches to spare.

While the cushion would be nice, Klopp is not thinking about that prospect yet.

“It would be big. We usually have a ‘final’ in the group, the last matchday, where we have to win 1-0 and the opponent is not allowed to score at all – but I hope that doesn’t happen this year,” he added.

“Of course we want to avoid that, but we can’t take the second step before the first step.

“We just have to win, and then afterwards we can talk about what kind of achievement that would be.”

Atletico Madrid coach Diego Simeone has reiterated he will not be shaking hands at the end of the game – which initially caused Klopp some frustration in Madrid a fortnight ago – because he believes it is “false.”

After the match in the Wanda Metropolitano, Klopp played down his annoyance after learning of Simeone’s preference and will not be expecting any post-match pleasantries at Anfield.

“I respect what he is doing, a lot. If I’d have known [about the handshake] then I would not have tried it,”he said.

“Now I know he does not want to do it after the game, so no problem. We shook hands before the game and will probably do that again tomorrow, I assume.

“But after the game, no problem and we can all go home happily in that department.”

Klopp has been boosted by the return to training after injury of midfielders Fabinho and Thiago Alcantara, having lost Naby Keita to a hamstring problem at the weekend.