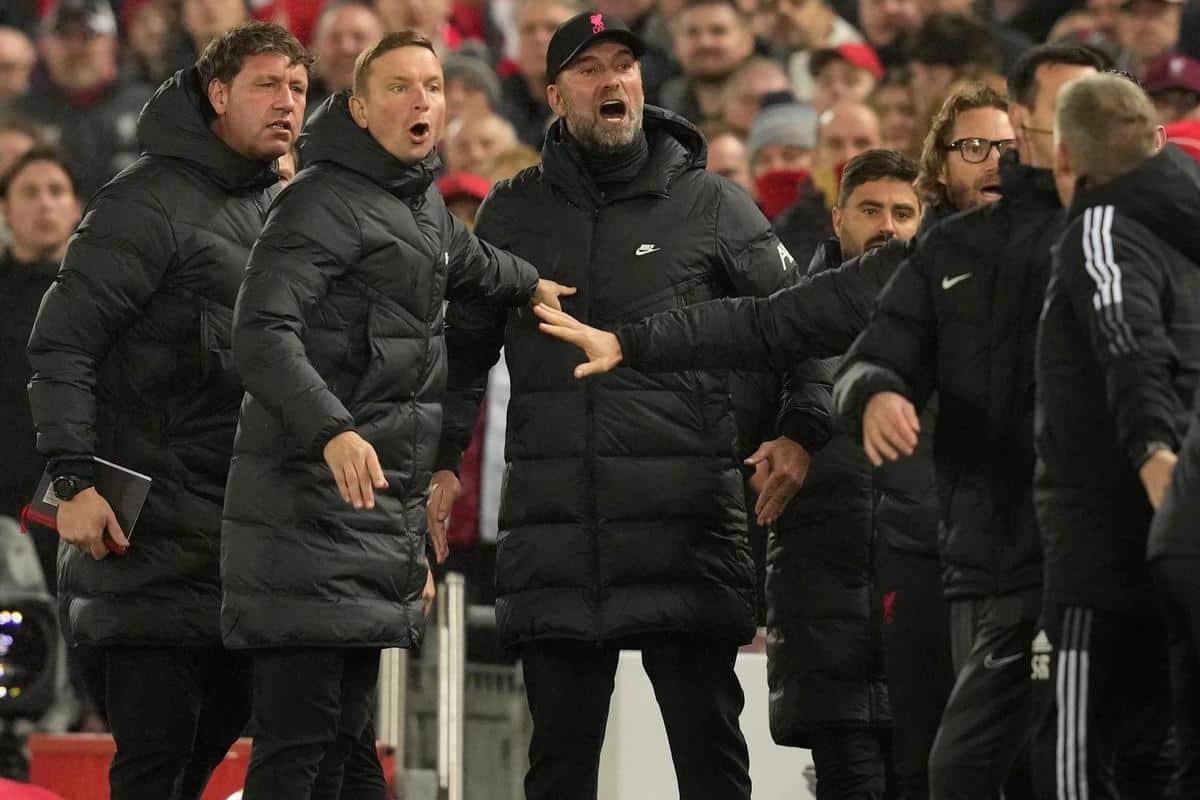 A fire was lit under Jurgen Klopp and Mikel Arteta midway through the first half and it acted as a springboard for the Reds, with the incident proving to be a turning point for Liverpool.

Up until the 32nd-minute on Saturday the game had been ticking at a base level tempo, but it swiftly came to life after Klopp and Arteta fronted up to one another on the touchline.

The Liverpool boss explained it as “the situation [was] that it was no foul from Sadio [Mane] but the Arsenal bench went up like it was a red card,” with both managers then defending their own team.

They both received a yellow card as a result but Liverpool were benefactors from the coming together as Anfield roared to life and pushed the team on, with Sadio Mane netting just six minutes later.

And after the match, Alex Oxlade-Chamberlain, who duly impressed throughout, noted it was a “turning point in terms of energy and atmosphere” that paid dividends for the Reds.

“It was hard to not notice that – our job to keep focussed on what’s happening on the pitch,” Oxlade-Chamberlain told BBC Match of the Day when asked about the argument. 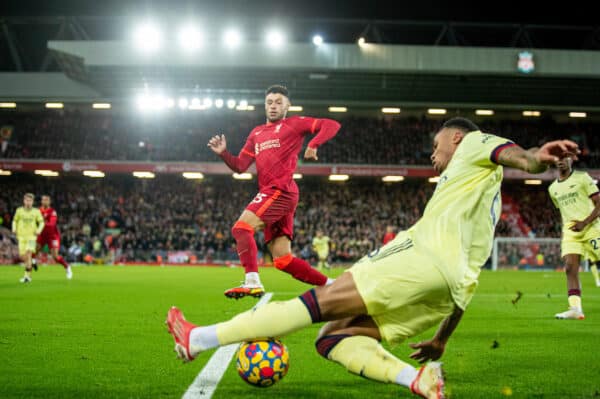 “The crowd picked up and benefited from that energy, maybe that was the turning point in terms of energy and atmosphere.

“It’s our job to create the atmosphere with how we’re playing and we did that today and the crowd were excellent.

“I’ve been the away side at Anfield and it makes things tougher, on this side it helps you.

“We stayed focussed and got on with the job in hand it was a good performance and we saw the game out well.”

That they did, with Diogo Jota, Mohamed Salah and Takumi Minamino all getting on the scoresheet to seal a dominant win over Arsenal to move up to second in the league, at least temporarily.

For Oxlade-Chamberlain, it was an eye-catching display for all the right reasons and while praise has been showered on his outing, the No. 15 himself remained focused on what he can improve.

“I was happy with certain aspects of my game – defending and helping the team and winning the ball back, sometimes that’s the least you can do,” Oxlade-Chamberlain added.

“I should’ve scored to be honest, it was a mishit – there were areas I could’ve been better and would’ve liked to be better.”