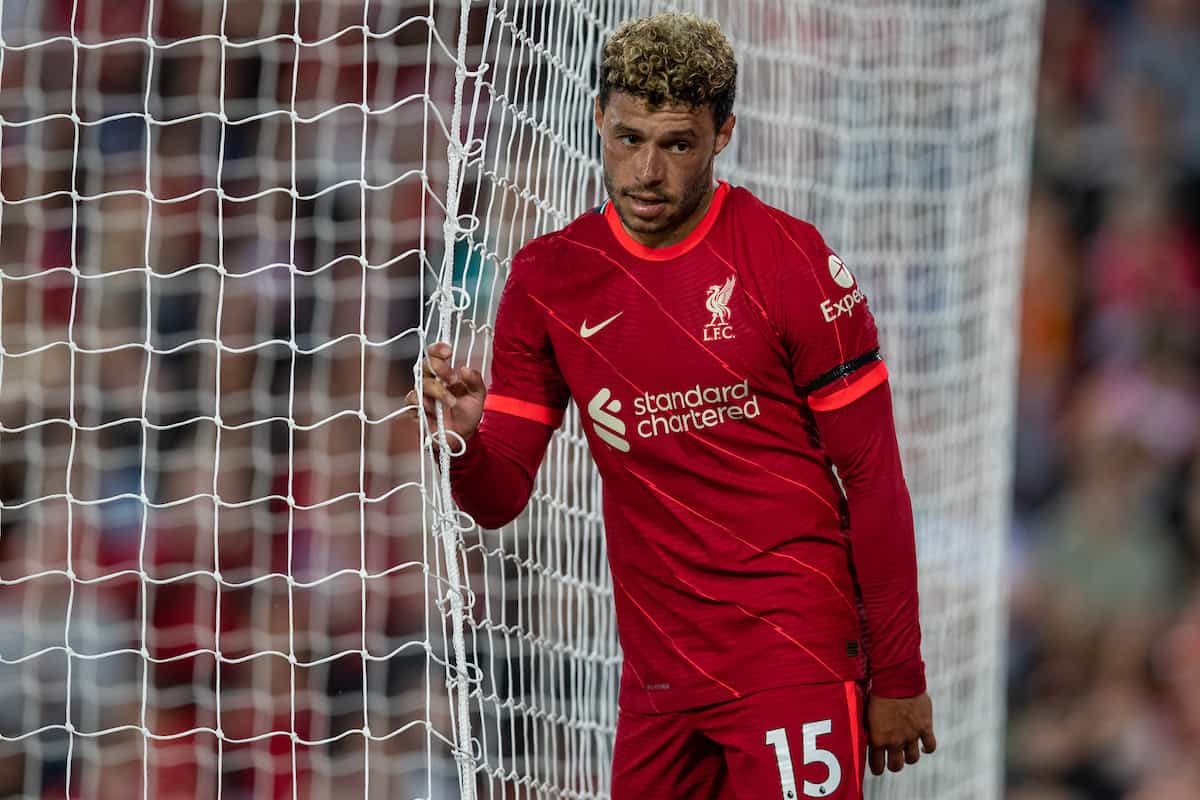 Jurgen Klopp has accepted the impact Naby Keita‘s early injury had on Liverpool in the 2-2 draw with Brighton, but insists Alex Oxlade-Chamberlain was not at fault.

Keita is expected to be “out for a while” after suffering a hamstring injury early into Saturday’s stalemate, with the Reds scoring once and conceding twice upon his withdrawal.

Oxlade-Chamberlain replaced the No. 8 after 19 minutes, and it was his brilliant arrowed ball that saw Sadio Mane head home to make it 2-0.

However, it quickly became evident that the Englishman was, along with Curtis Jones and Jordan Henderson, at odds with the demands in midfield against a hungry, well-organised Brighton side.

Liverpool’s No. 15 came in for criticism after the draw, but addressing Keita’s loss in his pre-Atletico Madrid press conference, Klopp stressed that it was “nothing to do with Ox.”

“We have patterns, if you watch us closely you see a couple of them,” he explained.

“The right side worked really well together with Naby, Trent and Mo. Oxlade came on and Oxlade obviously [has] a completely different skillset.

“Completely different to Naby, very good one as well, but different. By the way, he set up the second goal!

“It was not about Oxlade, it’s just about how you do things usually, then you have to change them, all these kinds of things.

“Against a lot of opponents, that would not have been that really obvious, but against Brighton it was. That’s all we can say.

“[It says] a lot about Brighton, how they used our weaknesses that game. But that’s it pretty much.

“Now we know [Keita] cannot play, so we prepare it in a different way, or maybe two different ways, then we know exactly what everyone is doing.”

The suggestion is, then, that Oxlade-Chamberlain had not trained as the right-sided No. 8 in Liverpool’s system long – or, perhaps, well – enough to slot in and perform against Brighton.

This could, of course, stem from his summer spent working as a central striker throughout pre-season, before playing the majority of his 421 minutes so far this campaign as a midfielder.

Klopp has placed a strong emphasis on Liverpool’s “triangle” on the right this term, with the trio of Harvey Elliott, Mohamed Salah and Trent Alexander-Arnold interchanging particularly well in early games.

Keita had filled Elliott’s shoes impressively, but now the manager is forced to switch things up again starting with the visit of Atletico Madrid – with Thiago the likely candidate to come in.