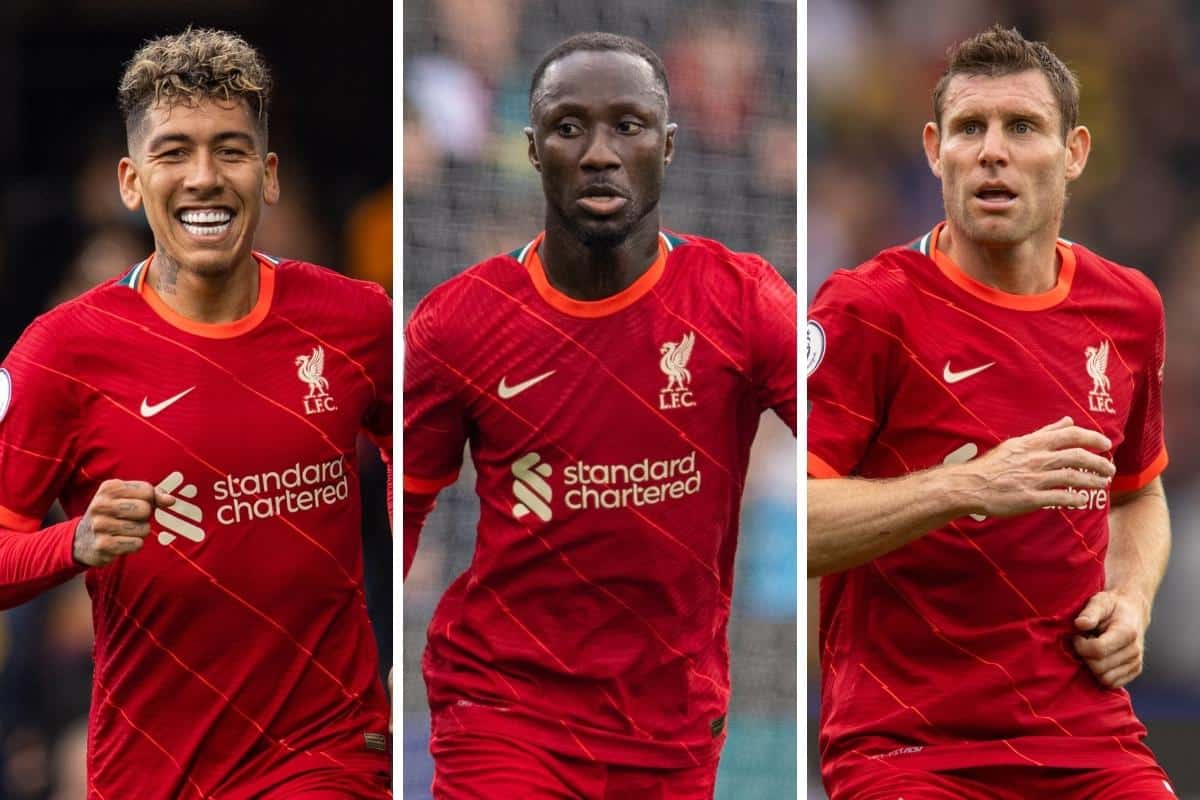 Jurgen Klopp has provided an injury update on eight players ahead of Saturday’s visit of Arsenal, with Roberto Firmino, Naby Keita and James Milner all ruled out.

The Reds head into the weekend without a number of key names, with the international break posing problems with Jordan Henderson, Sadio Mane and Andy Robertson.

Saturday brings a clash with the upwardly mobile Arsenal, who are unbeaten in their last 10 games, which includes eight wins, and Klopp is hoping his injury list is reduced by then.

Speaking to the club’s official website, the manager declared Mane “fine” despite a bruised rib, while there is a “good chance” Robertson can feature.

Henderson’s issue is a “little bit more” than Robertson, though he has a “chance for the weekend” and will be “100 percent” afterwards, which suggests he can start against Porto next week.

Klopp revealed that Gomez is “obviously still not available,” with the centre-back yet to return to outdoor work having missed the last two games.

For all three of Milner, Keita and Firmino, the manager believes they are “getting closer,” though none of the trio will be involved against Arsenal.

“Naby and James are in a good way as well, getting closer,” he explained.

“Probably next week we expect them being back in team training, let’s see what that means for the Porto game – but not for the weekend, they are not available.

“Bobby [is] getting closer but not for the weekend. We’ll see, that will take a little bit longer still.”

As Gomez’s “rehab is not finished” and Jones “still recovering” from his freak eye injury – suffered in a collision during training – it would suggest they face the longest time out.

Robertson can be expected back the soonest, with Henderson to follow, and reading between the lines the order of returns could come with Milner, Keita, Firmino and Jones before Gomez.

The midfield issue should see Fabinho joined by Thiago and Alex Oxlade-Chamberlain as Saturday’s starters, while it is unlikely Klopp will gamble at left-back and Kostas Tsimikas should cover for Robertson.