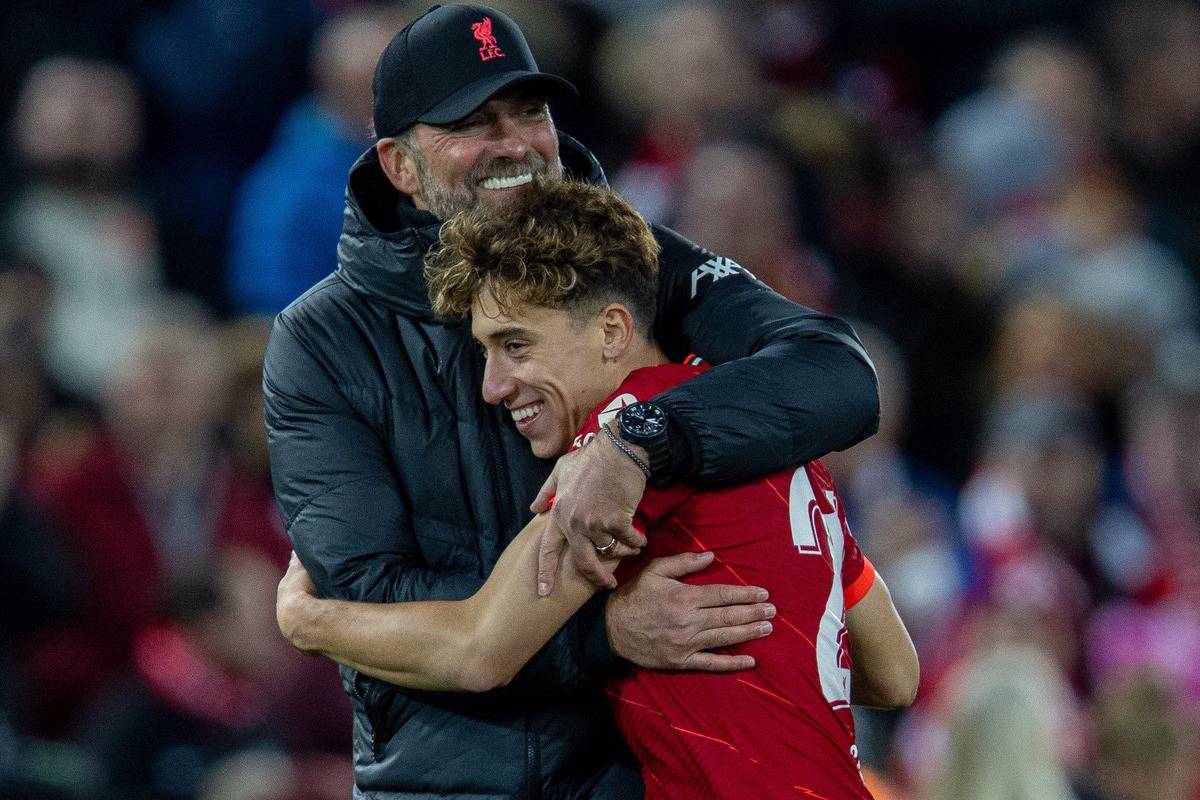 After needing time to adapt Kostas Tsimikas is finally ready to challenge Andy Robertson, but Jurgen Klopp explained it’s not easy to displace the world’s best.

It was not the smoothest of debut campaigns for Tsimikas last season having featured just seven times for a total of 225 minutes, but he’s already experienced a welcome breakthrough in 2021/22.

In his 546 minutes to date, the 25-year-old has endeared himself to the Liverpool faithful with his tenacity and attacking impetus, offering somewhat of a different skill set to Robertson.

That Liverpool now have two capable left backs is a rare luxury and Klopp knows as much, Tsimikas is offering worthy competition but he has “probably the best left-back in the world” as his teammate.

“Kostas is very close because all the players on the bench, when they are not starting they are very close, that’s why they are on the bench and not not in the squad, for example,” Klopp said.

“Kostas has obviously a lot of quality but what I just don’t like about these kind of things is that we are always so early. 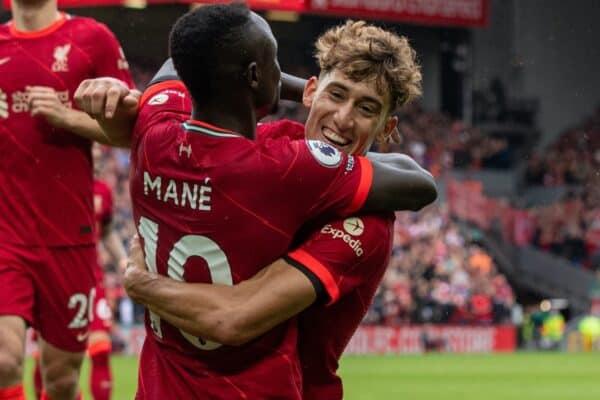 “But it’s good that we have the option that we can give Robbo a rest in moments, even when he doesn’t like it and doesn’t need it in his understanding.

“He had a long time, what he needed, to adapt to all the things we do, but this process is done now. He is obviously a really good football player and we are really happy to have him.”

Klopp’s words can be interpreted as a clear hint that Robertson will return to the XI when Liverpool meet West Ham, with it his place to well and truly lose.

But that Tsimikas is providing pause for thought is a welcome boost for Liverpool during a season that will need the entire squad to get back to lifting silverware.

The Greek Scouser is making up for lost time and it’s only set to serve the Reds in the short and long term.