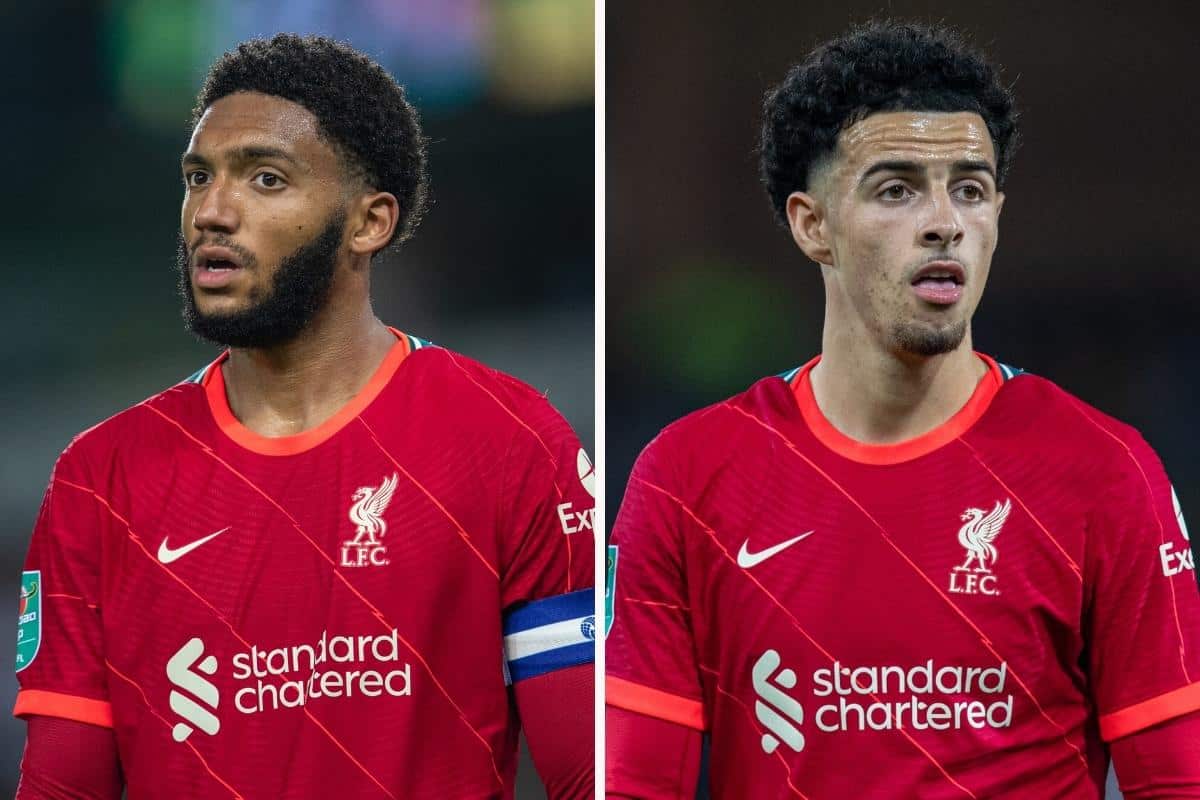 Liverpool have confirmed both Joe Gomez and Curtis Jones will miss Wednesday’s Champions League clash with Atletico Madrid due to injury.

Jurgen Klopp made five changes to his starting lineup from the 2-2 draw with Brighton, as the Reds look to book their place in the last 16 of Europe’s top-tier tournament.

Fabinho returns from injury, while Joel Matip and Diogo Jota are back in the side and Kostas Tsimikas and Alex Oxlade-Chamberlain are rotated in.

Oxlade-Chamberlain’s place may well have come due to the absence of Jones, with the club confirming the 20-year-old suffered a knock to his eye in training, forcing him to miss out.

There is an irony, of course, that one of those players coming in, Tsimikas, was sporting a nasty black eye as he took part in Liverpool’s open session on Tuesday.

Gomez was not involved in pre-Atletico training, and it has now been explained that the centre-back is suffering from a calf injury, though no timeframe has been set for his recovery at this stage.

Ibrahima Konate appears to have leapfrogged Gomez as third-choice centre-back behind Matip and Virgil van Dijk, but the No. 12’s absence is felt strongly nonetheless.

Liverpool have only named 11 substitutes as a result of Jones’ injury, with youngster Tyler Morton already part of the squad prior to the withdrawal of his fellow midfielder.

“He will be fine, just takes a little bit.”

It is unlikely Jones will be sidelined for a lengthy period, but Gomez’s issue is more concerning.

Naby Keita, James Milner and Harvey Elliott all miss the game due to existing injuries, though Thiago is back on the bench having missed the last month-and-a-half with a calf problem of his own.