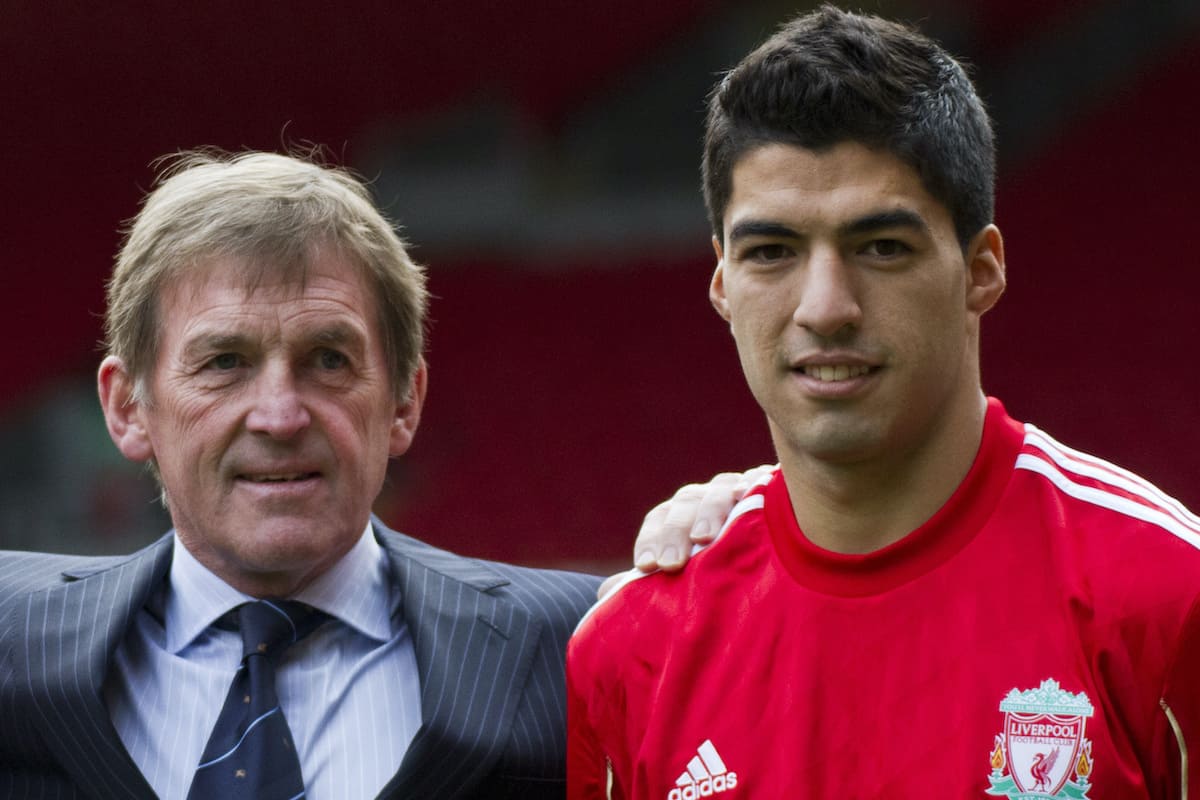 Only one was on the pitch in the form of Luis Suarez, who didn’t quite receive the “nice reception” Jordan Henderson had hoped for at Anfield.

He was met by plenty of boos and ironic cheers after he had a deflected goal disallowed but his substitution was also met by a healthy round of applause.

The club’s former talisman caught up with Henderson after the full-time whistle but as the dust settled on Liverpool’s 2-0 win, the reunions were just getting started.

In Liverpool’s latest edition of ‘Inside Anfield‘, the camera shows Suarez, who has a bagful of the Reds’ latest kits, greeting the man who was responsible for his Anfield arrival back in 2011.

The admiration for one another is clear and when Fernando Torres joined the party, Liverpool fans were left reminiscing of what was and what could have been:

How it all began ??? pic.twitter.com/pkL9pFpaNK

Torres, Suarez, Kenny and Enrique. Tears in my eyes. Feels like 2011 all over again https://t.co/DZwJrwIX99

That’s a collectors item some football talent there. https://t.co/NkuAgtb6tW

kenny, suarez, torres, jose enrique and the gomez all appearing in a few seconds at the end https://t.co/aqRvOyGOjc pic.twitter.com/kN6FybOVVe

Kenny’s bond with the club is something quite incredible to behold.
Can never be surpassed.

Torres & Suarez. Imagine those 2 in the same team ? https://t.co/bAfiQj1eFs

Suarez, Dalglish and Torres, what a forward combination that would be for Liverpool. Each left their own legacy and combined they scored 335 goals for the club.

Former Dalglish alumni Jose Enrique was also in attendance and greeted his former manager and teammate Joe Gomez in what were lovely scenes in Anfield’s inner sanctum.

A throwback to another time but fond memories all the same.