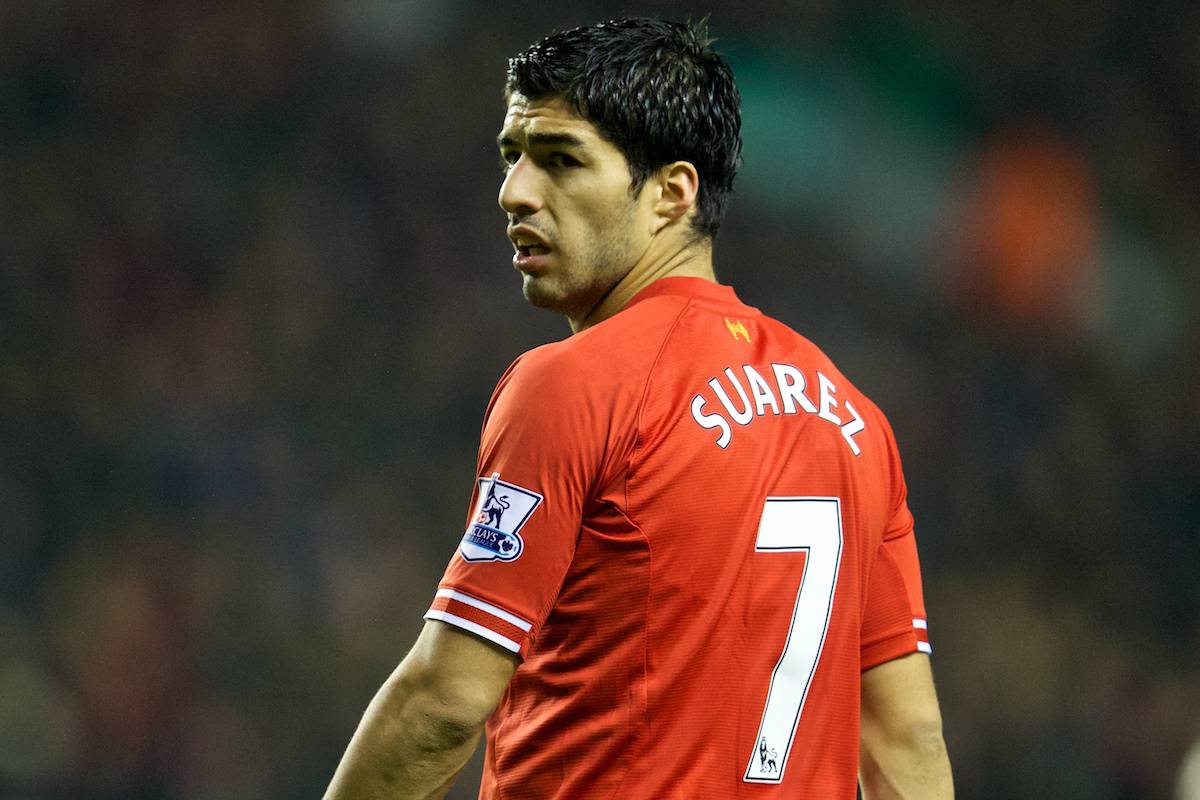 “What do you think they’re smoking over there at Emirates?” was John Henry‘s riled response in 2013 after Luis Suarez’s attempt to move to Arsenal, but it was not the first time he had to be convinced to stay.

The 34-year-old is to return to Anfield on Wednesday for only the second time since leaving the club in 2014, with Atletico Madrid coming to town for the fourth game of the Champions League group stage.

It’s a competition he would never feature in throughout his three-and-a-half years as a Red, which led to wandering eyes that would land at Arsenal, who could offer a consistent place in Europe’s premier competition.

A £40 million plus £1 bid triggered a clause in his contract and with it a battle of wills that would ultimately see Steven Gerrard offer sage words that he could aim higher should he remain for at least one more season.

However, a year prior he needed those reassuring words from incoming manager Brendan Rodgers after he took the helm from club legend Kenny Dalglish with other clubs lurking.

But Suarez liked what he heard, with his recollection of events offering an interesting insight into his thinking at the time and the high regard he held Rodgers in.

“I think I’d been at Liverpool for a year and a half when Brendan took charge in July 2012,” Suarez told UEFA.com. 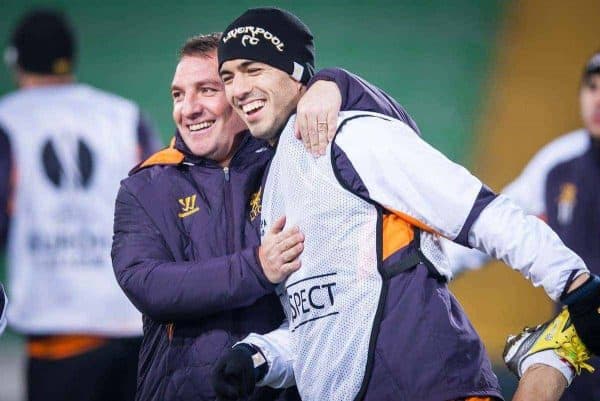 “Back then, I had opportunities to sign for other clubs who were getting in contact with me, but he phoned me when I was in Uruguay on holiday to tell me that he had another way of thinking.

“He wanted to change the club and its philosophy, that he wanted the club to get back in the Champions League and fight to win big trophies, that he was going to make the team play great football.

“He asked me to believe and trust him. I enjoyed that chat.

“I liked his conviction, the philosophy he wanted to implement at the club, so I talked to my agent and the club to say that I didn’t want to leave, that I wanted another opportunity to be successful at Liverpool.”

Rodgers’ debut 2012/13 season would end with a seventh-place finish and Arsenal came calling, requiring Gerrard to get in his ear to thwart a second attempted move in as many years.

“That year wasn’t as good as we wanted, but ideas were already pretty clear,” Suarez added. 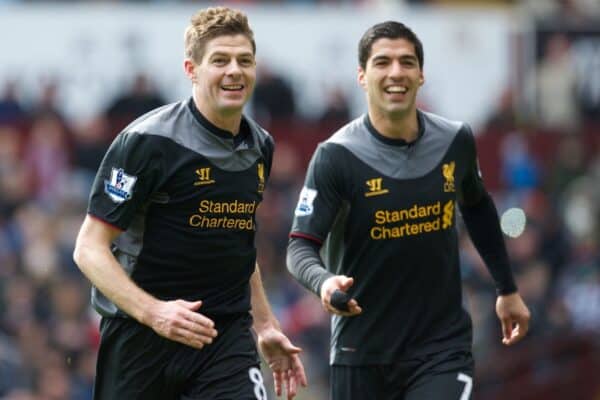 “So then the 2012/13 season goes by, and I wanted to sign for Arsenal since Arsenal had played in the Champions League every season prior to that.

“I had some further discussions with the coach, as well as with Gerrard. He was the one that convinced me.

“I told him I wanted to keep being successful, that I wanted to play in the Champions League.

“So, he said to me, ‘If this year we keep improving as we have been, and you’re at the level you have to be, next year you’ll be able to play for Bayern München, Real Madrid, Barcelona, or whatever club you like. You’ll have the chance to choose but stay for one more year’.

“I remember that talk with Gerrard, and I remember everything the coach said to me. He texted me things like, ‘Stay for another year, just try it’.

“And, well, that was the year we were close to winning the Premier League.

“That’s thanks to the team efforts, obviously, but especially to the philosophy and conviction Brendan Rodgers conveyed to us as the coach.”

With an agonising tilt at the title and a subsequent £75 million switch to Barcelona in 2014 after 133 games with Liverpool, Gerrard was proved right.