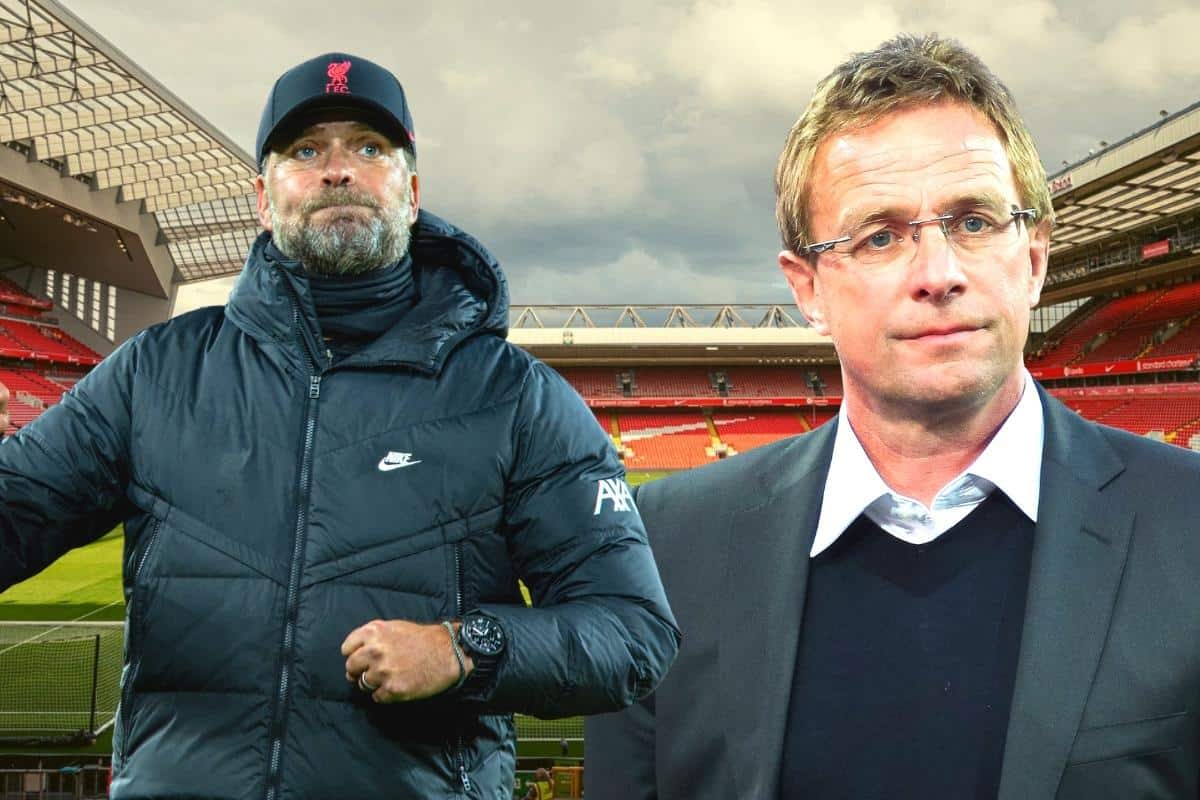 In the days prior to Rangnick’s appointment at Old Trafford, it has been widely circulated that he is a direct influence on Klopp’s career.

But while Klopp may have taken elements from his meetings with his fellow German, who has worked in a variety of roles for a number of prominent clubs, his mentor was, in fact, Wolfgang Frank.

Instead, Klopp and Rangnick share ideals as managers, with this shining through as the latter gave a seminar to coaches for The Coaches’ Voice in London in September.

“Let us have a look again at Liverpool, and Jurgen Klopp, if you look at their development,” he said.

“Let’s just have a close look at their three strikers. They have Mo Salah, they have Roberto Firmino and they have Sadio Mane.

“Three foreign players, from three different countries – two of them I had myself; Roberto Firmino was my last signing at Hoffenheim.

“I can tell you all, all those three players, including Mo Salah, when they came to Europe, or now to Liverpool, were not natural-born ball-winners. None of them.

“They were not kind of players where everybody said ‘wow, they are pressing machines’. No.

“So all those things that happened at Liverpool was the job of the coach and his coaching staff.

“The way they played in the last three or four years, on that high level, this intense kind of football, was the job of the coach.

“This shows you what is possible and what can happen if a coach has a mindset and a clear idea of how his team should play.” 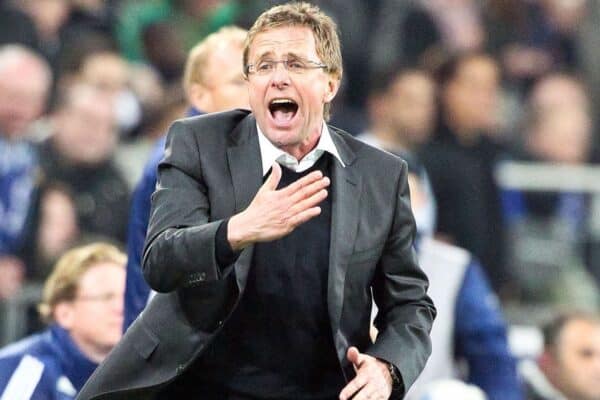 While it is impossible to believe Rangnick will adapt Cristiano Ronaldo’s game to a high-pressing system at United, there is a clear belief in his approach.

Using Klopp as a prime example, the United manager explained how having a clear identity is the most important aspect of the job, with “heavy metal band players” fitting into the Liverpool vision.

“If we are very honest, as football coaches, what is the job of a head coach or manager? To have a clear idea of how my team should play,” he continued.

“Those are variations, different areas. Pep Guardiola is more of the kind of coach who likes technical players, whereas Jurgen Klopp more likes the heavy metal band players. 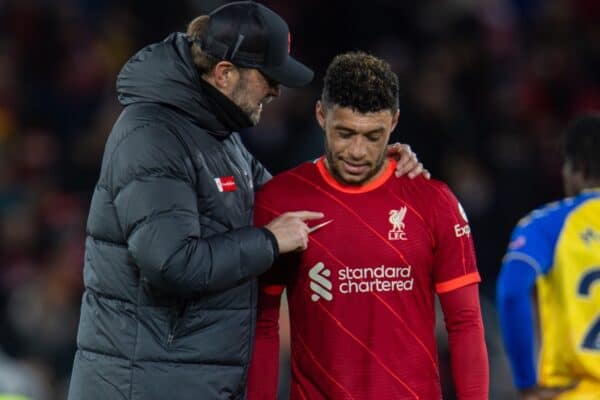 “But what they all have in common is they know exactly how this kind of football they want to play looks like, they have in their brains the video of the perfect game, they have it in their minds or on their minds.

“And the job of a football manager is to transform this idea of football into the heads, hearts, veins, brains of your players.”

Klopp and Rangnick have faced off 13 times before as managers, and incredibly, the Liverpool boss has only emerged with two victories from those – their next meeting comes at Anfield in March.