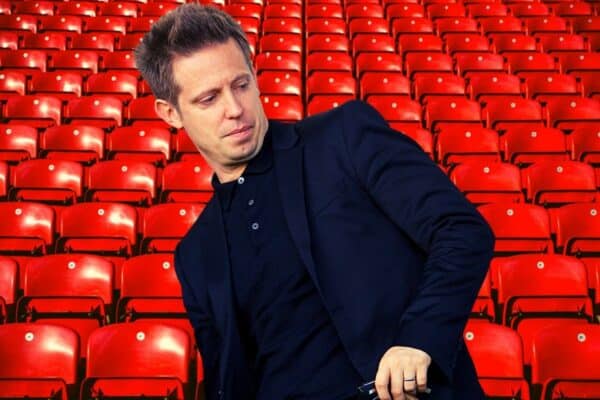 Michael Edwards has confirmed his plan to leave Liverpool upon the expiry of his contract in 2022, having been in place as sporting director for the past five years.

It was reported back in August that Edwards was considering his position with the Reds, with it claimed he had informed those within the club that he intended to depart.

This has now been confirmed, with the role of sporting director to change hands at the end of the current campaign.

Julian Ward, who had been in place as Edwards’ assistant since December 2020, is to be promoted as part of an internal shift for Liverpool.

The move is a major one for the club, whose recruitment model has been widely praised throughout Edwards’ tenure, which formally began in 2016.

Previously, the former Peterborough academy player served as head of performance and analysis, director of technical performance and then technical director, with his time at Liverpool stretching over a decade.

He was brought to Anfield in 2011, by his predecessor Damien Comolli, after catching the eye in his work with Portsmouth and Tottenham.

While at Portsmouth, Edwards struck up a relationship with Eddie Howe, and it has been speculated he could join the Englishman at Newcastle, while RB Leipzig have also been linked.

Losing Edwards could certainly be seen as a blow for Liverpool, though it must be stressed that his accomplishments with the club are predominantly behind the scenes.

It is, therefore, impossible to gauge the true impact of his exit.

There is every chance Ward could be an improvement as his successor, but he has his work cut out for him as steady evolution is required on Merseyside in the years to come.