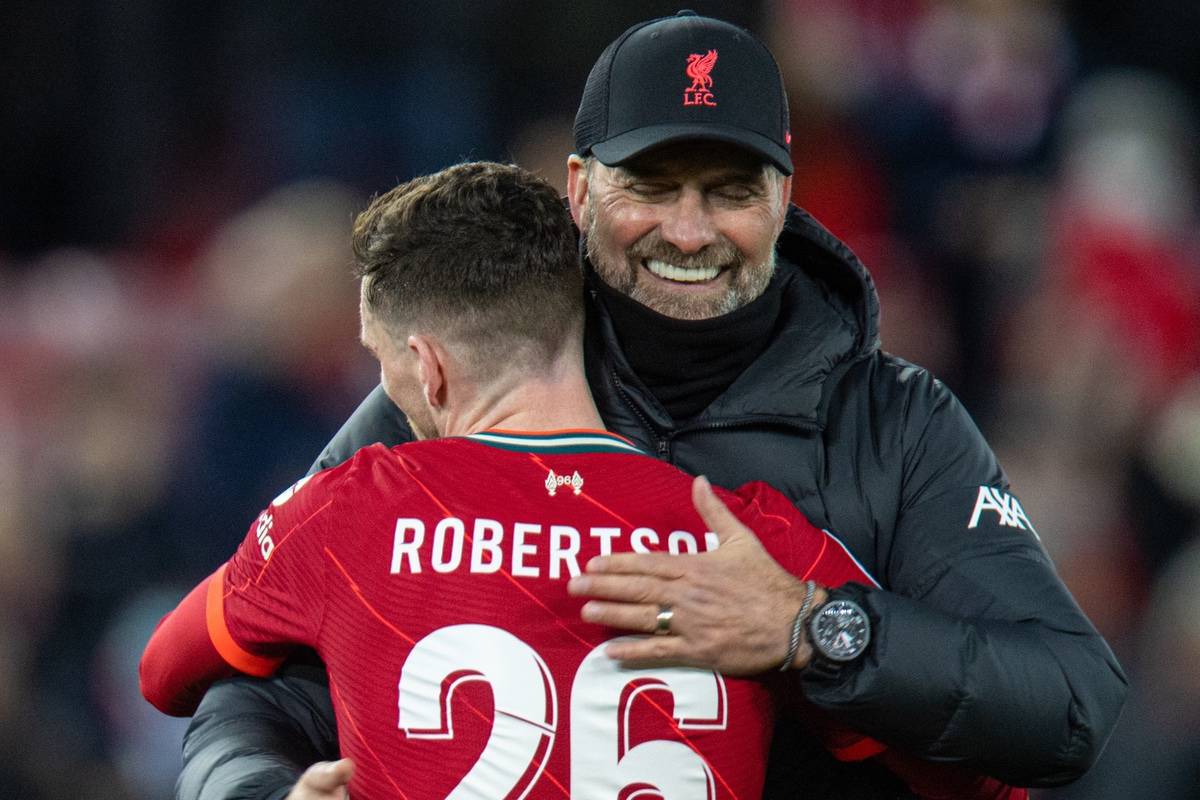 Liverpool kept their perfect record in the Champions League alive with a 2-0 victory over Porto, with the biggest positive of the night a lack of new injuries in the squad.

Jurgen Klopp made four changes for the visit of the Primeira Liga leaders, with Ibrahima Konate, Neco Williams, Tyler Morton and Takumi Minamino coming into the side.

Morton, a Champions League debutant, allowed a rest for Fabinho, while Virgil van Dijk and Trent Alexander-Arnold were given the night off and Diogo Jota was given time to recover after a knee problem.

Andy Robertson, Jordan Henderson and James Milner all made appearances after injuries of their own, while both Sadio Mane and Mohamed Salah made it through 71 minutes without issues.

In fact, as Klopp spoke to BT Sport after the game, he revelled in the fact that “nobody got hurt!”

The manager discussed the influence of head of recovery and performance Dr Andreas Schlumberger, who informed him that Milner could only play 15 minutes.

Milner was given 10, with Liverpool erring on the side of caution, though the vice-captain still picked up a yellow card that rules him out for the trip to AC Milan on December 7.

The Reds can now look to the visit of Southampton on Saturday with Klopp facing more big decisions over his starting lineup, as the injury situation improves throughout the squad.

With no new problems to consider, Klopp will instead be faced with calls over which of his midfielders to drop for Henderson, if any, and whether Robertson takes over from Kostas Tsimikas at left-back.

An altogether different conundrum, and certainly a welcome one.