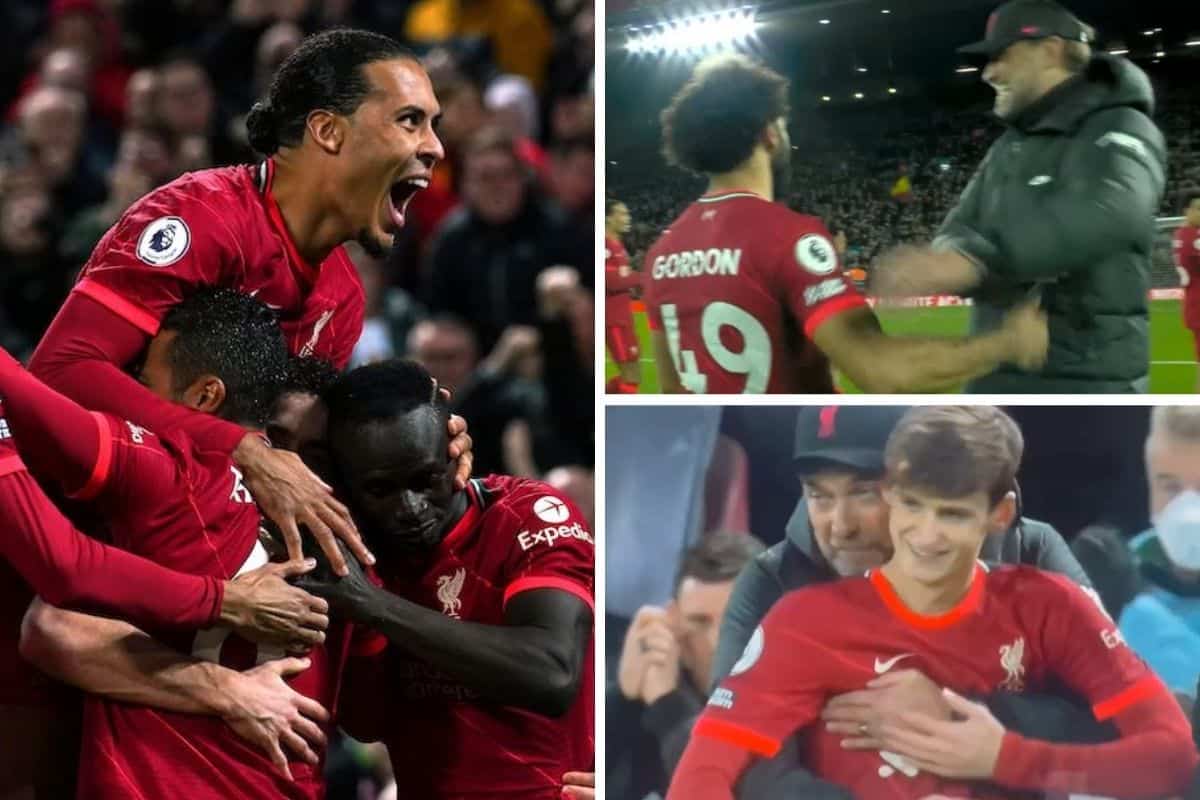 Liverpool swept yet another team aside on Saturday, this time it was Arsenal and there was plenty for fans to revel in after the final whistle.

The Reds have been a free-scoring force so far this season with their four against Arsenal taking their tally to 53 in just 18 games.

It looked to be a slow burner for Liverpool at Anfield but once they burst into life they never looked back.

Goals from Sadio Mane, Diogo Jota, Mohamed Salah and Takumi Minamino sealed the Reds’ fifth consecutive home league win over the Gunners, keeping up the run of netting at least three times in the fixture.

And there were plenty of highlights for fans on social media as Jurgen Klopp‘s side returned from the break on a winning note.

Mane’s goal arrived just six minutes after Klopp and Mikel Arteta traded some angry words with the other and it’s fair to say the boss thoroughly enjoyed it:

Klopp didn't hold back celebrating Mane's goal after his clash with Arteta ? pic.twitter.com/1GaIK387PH

The managers coming together was a turning point in the match with the players and crowd responding in kind, think Trent would mind sharing the credit for the assist…?

The way LFC went up 10 gears when Arteta tried it with Klopp was incredible. That’s what it means to run through brick walls for your manager.

A Jurgen hug for the debutant 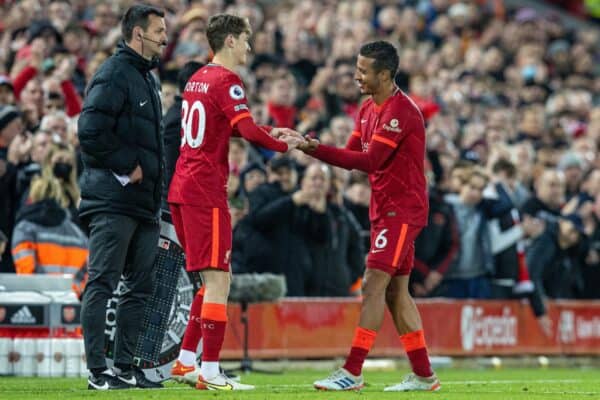 What a moment it was for the 19-year-old!

Klopp trolling Arteta now. “I can bring on players who not even been through puberty yet and still smash you” pic.twitter.com/Cogz6Eoeno

I just want someone to hold me like Klopp holds Tyler Morton #LIVARS pic.twitter.com/4TGH2mUjLM

Here’s a perfect example why Liverpool players love their manager Jurgen Klopp “like a father” according to Sadio Mane. Here’s 19-year old Tyler Morton making his club debut at Anfield and Klopp can’t contain his excitement for the young man in his big moment. #LFC #YNWA pic.twitter.com/W9eN20aoiy

Look at that smile! From both Klopp and Tyler Morton!

Salah is a Gordon fan…

The story goes that Salah swapped his shirt with his national compatriot and Arsenal‘s Mohamed Elneny, with Kaide Gordon then offering his to the goalscorer so he wouldn’t be cold.

We did enjoy the various reactions on social media, however:

He’s going to the top pic.twitter.com/hkq0fjG1IU

I think Salah sees a lot of himself in Gordon.

Liverpool have brought in Gordon, Morton, Beck, Bradley under the supervision of Salah, Thiago, Robertson and Trent.

Producing from within (if correctly done) will help us save billions.

Could Thiago‘s daughter be any cuter? Probably not!

The passion, the commitment, it has everything.

More now than ever

As Spion Kop so aptly put it, what unites us is greater than what divides us and the banner on the Kop, using Jamie Webster’s lyrics, said it all after the traumatic events at Liverpool Women’s hopsital.

My City, My people, My heart.