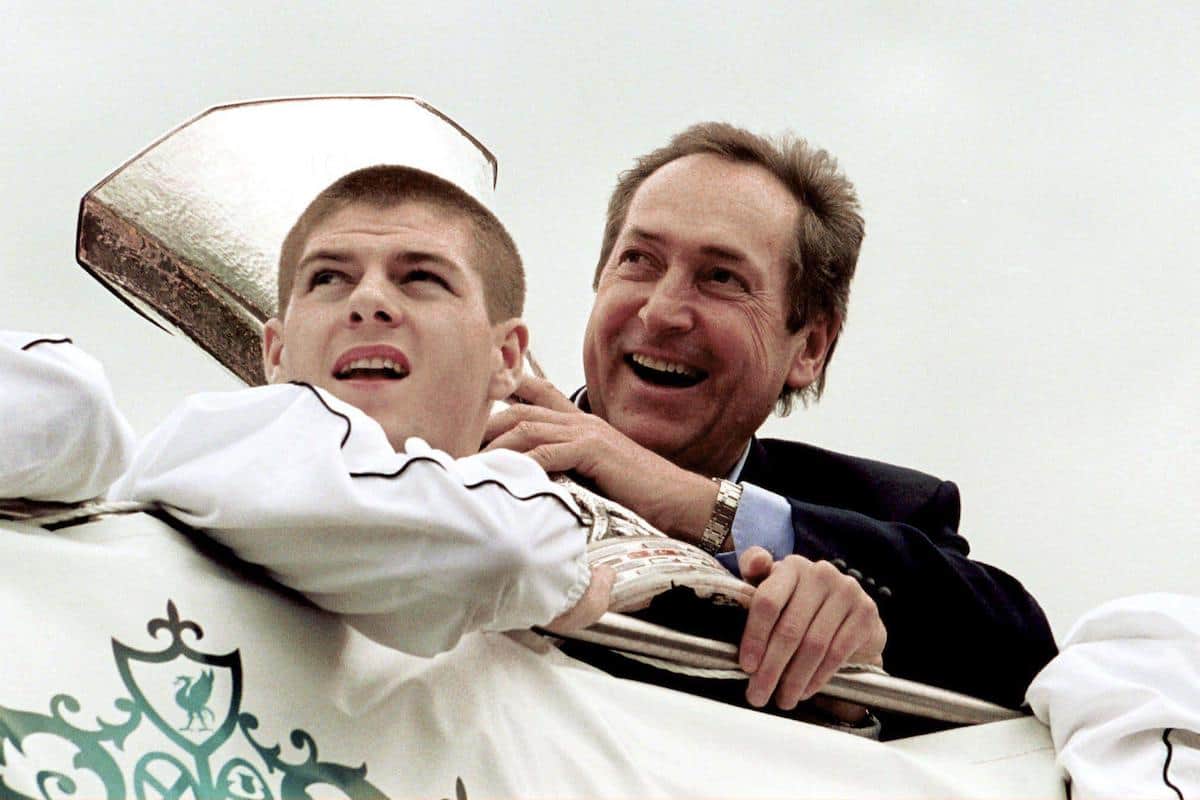 Steven Gerrard has paid tribute to the influence of Gerard Houllier, after following in the footsteps of the former Liverpool manager in taking over at Aston Villa.

Gerrard is back in the Premier League after six years away, replacing Dean Smith as Villa manager, who himself was the seventh man to take the position after Houllier’s short reign.

Houllier spent a season at Villa Park in 2010/11 before stepping down due to health complications, with Alex McLeish, Paul Lambert, Tim Sherwood, Remi Garde, Roberto Di Matteo and Steve Bruce sitting in the dugout before Smith and now Gerrard.

The Frenchman sadly passed away in 2020, with Gerrard leading the tributes to his mentor at the time, having played 238 times under Houllier, winning six trophies and earning the captain’s armband.

In his first press conference as Villa manager, then, it was fitting that Gerrard would honour Houllier’s influence on his career.

“I’m sure he’s looking down and he’s very proud,” he told reporters including Birmingham World.

“He’s someone who I had a really close, strong bond and relationship with.

“I’ll be forever in debt for what he did for me not only as a footballer but as a human too.” 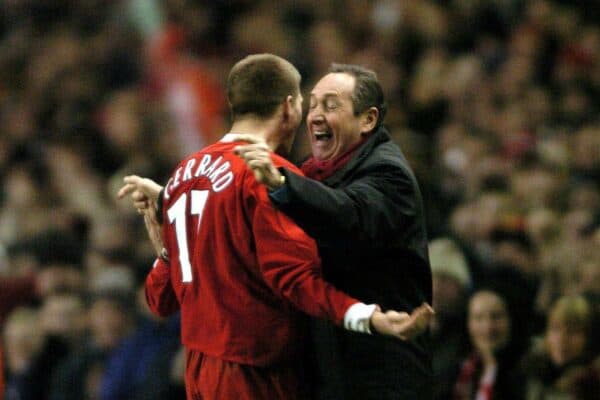 It was Houllier who gave Gerrard his Liverpool debut, bringing him off the bench as a late substitute in a 2-0 win over Blackburn in 1998, and it is no surprise that his role in the midfielder’s development was so formative.

“He went out of his way to really change me as a person both on and off the pitch,” Gerrard continued.

“He helped me a lot as a player tactically, technically.

“He really improved my game intelligence and the understanding of what it takes to be a professional and be consistent at the top level for a long period of time.

“But also going out of the way to meet my parents to see what I was doing away from the game, what I was eating, where I was spending my time. He really did give me a lot.

“We had a bond and a relationship that was very strong and when we lost him it was a real sad day and a real emotional day.” 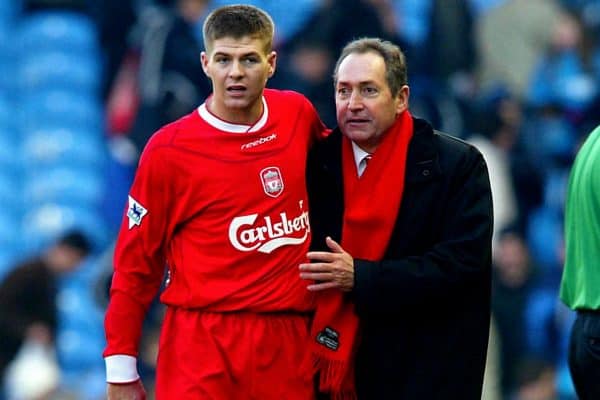 Though Houllier is no longer around to give Gerrard advice as he begins life as a Premier League manager, the 41-year-old revealed the lesson he takes with him from his old boss.

“I used to lean on him for advice a lot,” he added.

“And I remember the words he used to say to me all the time was ‘go and be the best version of yourself and you won’t go far wrong’.

“So I’m sure he’ll be looking down today very proud.”