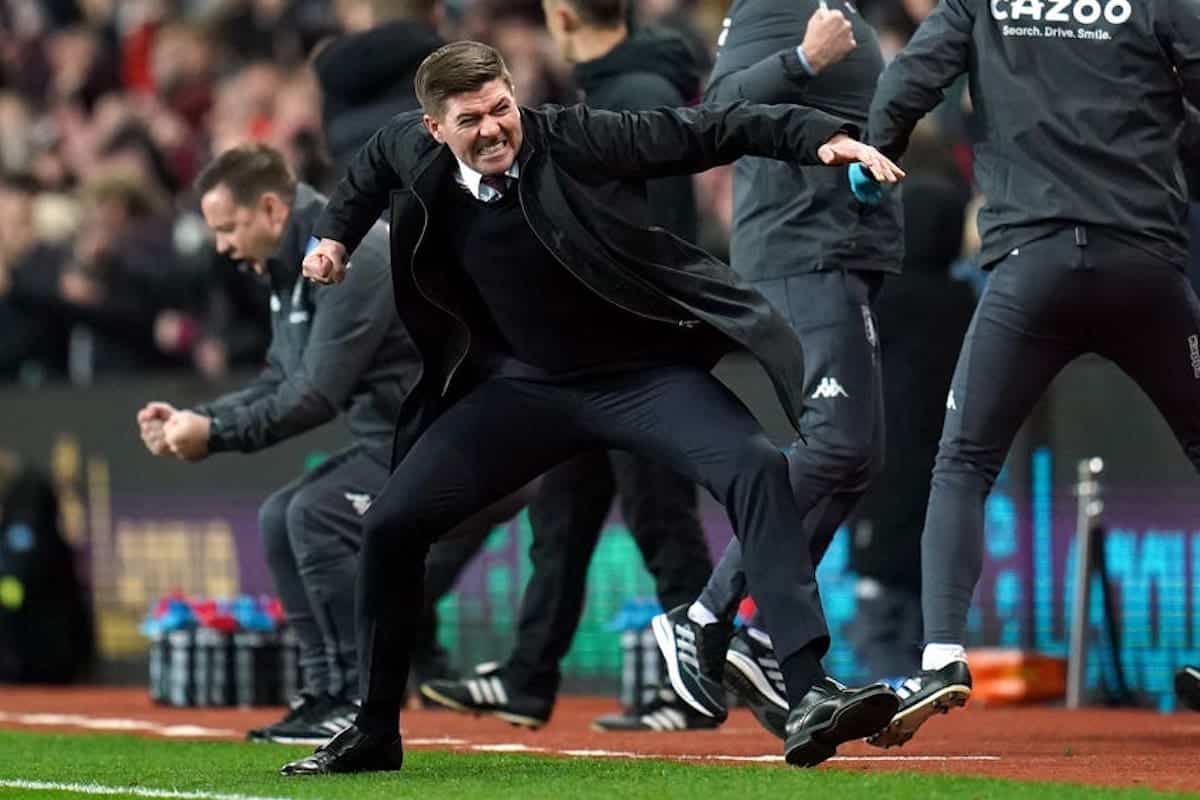 Hours before Liverpool’s convincing win over Arsenal, Steven Gerrard commemorated his first game in charge of Aston Villa with his maiden victory, beating a former teammate in the process.

After making the move from Rangers just nine days prior, Gerrard took charge of his first game for Aston Villa with Brighton visiting Villa Park.

It pitted Gerrard against his former Liverpool teammate in Adam Lallana, with the pair having shared the pitch on 24 occasions for the Reds and six times for England.

And while for 83 minutes it appeared as though a draw would beckon, Ollie Watkins and Tyrone Mings struck within the space of five minutes to end Villa’s run of five consecutive defeats.

Gerrard had a strong message post-match having shown what the result meant to him when celebrating on the touchline.

“I will always be as authentic as I can,” Gerrard said. “If anyone doubts me watch me after those goals. That is real.

“They are the buzzes, the highs you miss as a player. They are why you want to stay in the game. They are my medicine.”

And there were plenty of congratulatory messages on a day that was as favourable to Liverpool as possible:

Stevie G off to his first win as Villa boss..?

Liverpool win, United lose and Stevie gets his first win as a premier league manager. What a day?