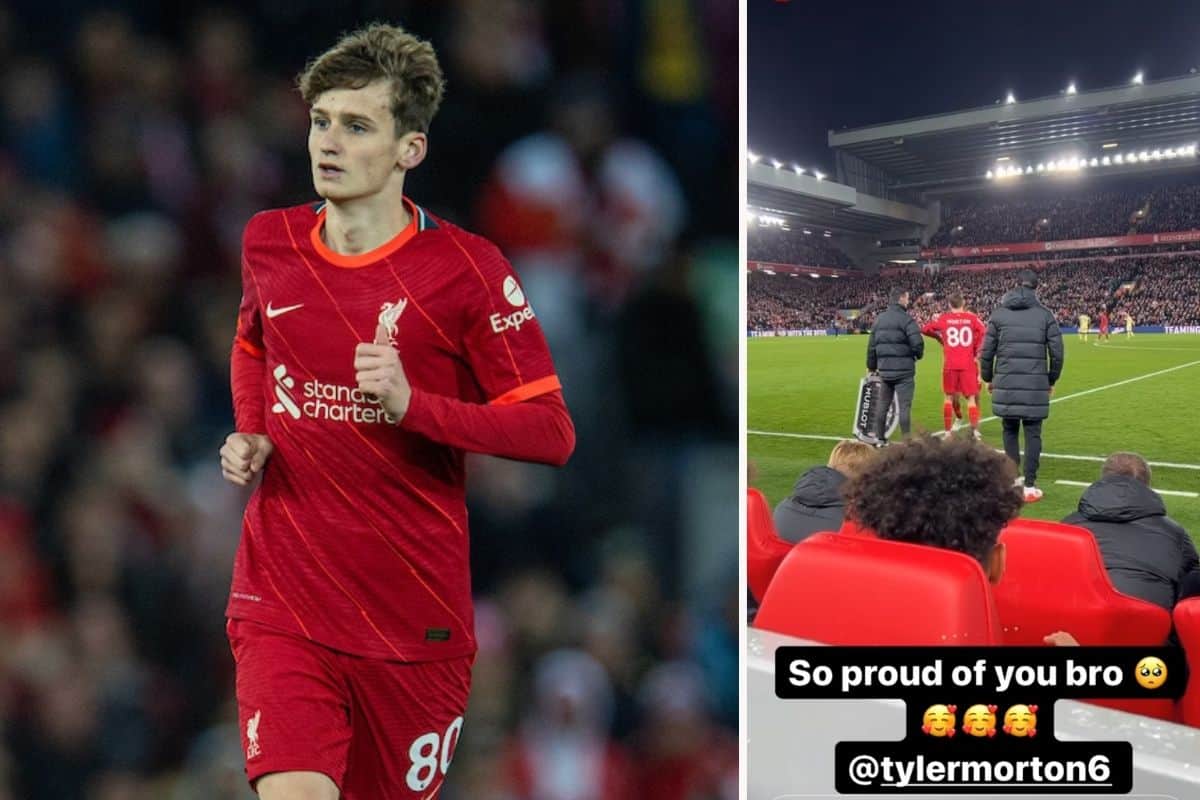 There were not enough words for Tyler Morton to “express how thankful” he was for the love and support after making his Premier League debut.

The 19-year-old has enjoyed a breakthrough with the first team so far this season, using his pre-season as a foundation to now feature in two different competitions.

Morton caught the eye at both Norwich and Preston in the League Cup and as a regular in senior training at Kirkby, his next chance was never too far away.

And while cup competitions may have been his likelier route for minutes, he was a benefactor of the injury list against Arsenal on Saturday.

In his third game on the substitutes bench in the Premier League, Klopp turned to the teenager for the final six minutes in place of Thiago and, in turn, handed Morton his debut in the top-flight.

It’s a moment he’ll never forget, nor the support that came his way inside Anfield and beyond.

“My Premier League debut for the club I’ve loved since I was born, a moment that will stay with me forever,” the boyhood Red penned on Instagram.

“I can not express how thankful I am for the love and support I have received from everyone! No words express how I feel, it’s an honour.”

His post was met by congratulatory messages from the likes of Jordan Henderson, Harvey Elliott, Trent Alexander-Arnold, James Milner and Neco Williams.

Conor Bradley, who was named in his first Premier League matchday squad in the win over Arsenal, also sent his congratulations for his teammate, writing: “Congrats bro! Well deserved.”

Morton was part of a youthful bench at Anfield, which had an average age of 22 thanks to an unfavourable injury list.

His debut was a special moment and was the cherry on top of a memorable night as the Reds returned to the winner’s board in style.