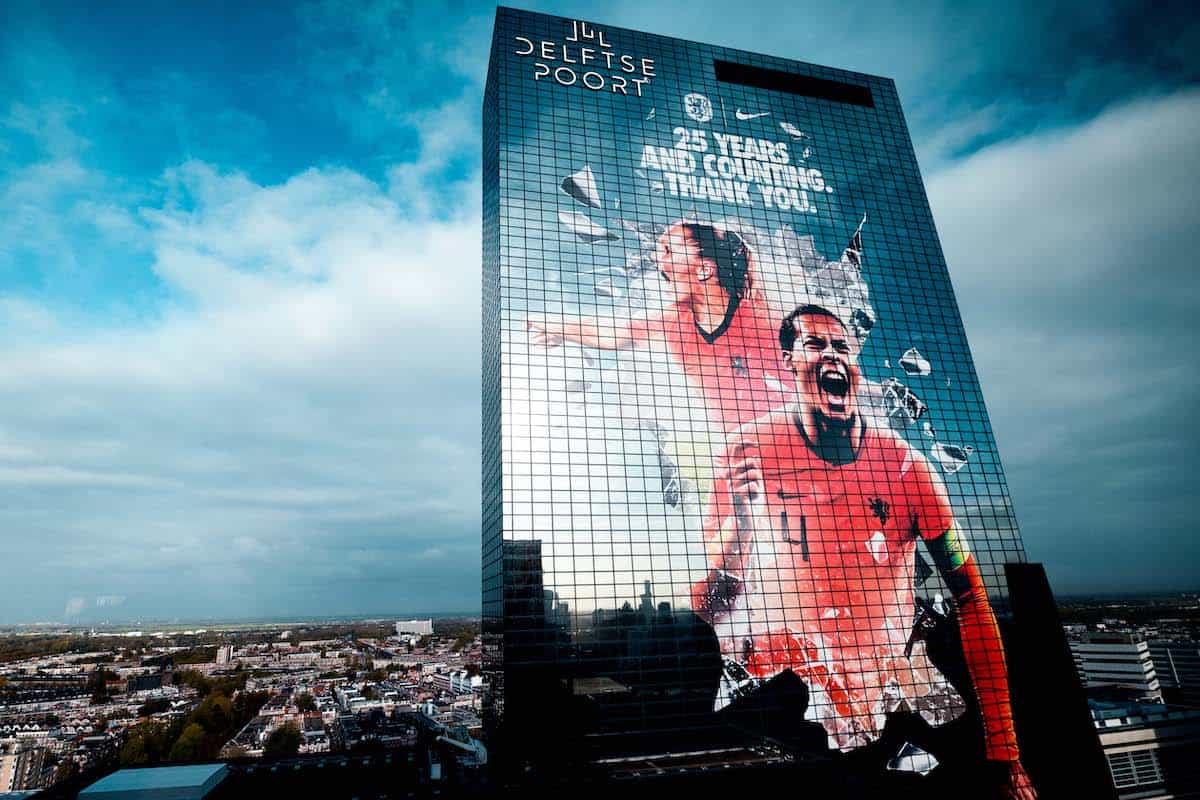 We all know Virgil van Dijk is a man mountain, but the Dutch national team have taken it up a notch with a display of their captain on a 150-metre high building.

The Netherlands national team are celebrating their 25-year partnership with Nike and to do so have adorned an office building in Rotterdam with the imposing image of Van Dijk and Dutch women’s star Lieke Marten.

The graphic, which is to show what Nike has meant to Dutch football, is akin to that of the Edgar Davids Euro 2000 wrap that broke records and set a benchmark for those to follow in various industries.

And for Van Dijk, who has yet to see it in person, it is “amazing” to have a portrait similar to one of his country’s greatest legends.

“I haven’t seen it in real life yet, but of course I’ve seen photos and videos: amazing,” Van Dijk told the KNVB.

“I’m familiar with that famous photo of Edgar Davids from years ago, and now it is myself together with Lieke Martens who’ve been portraited. 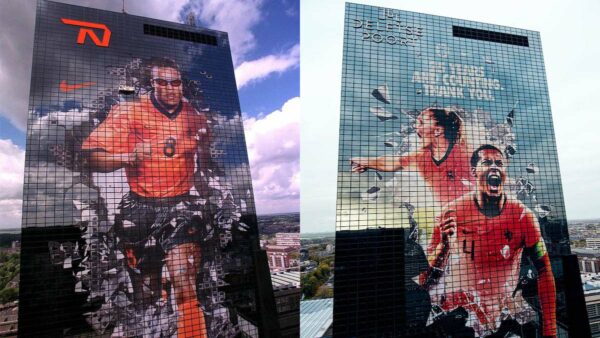 “That is incredible. The partnership with Nike is 25 years old, which is very special for both parties.”

The graphic is tagged with the text, ‘25 years. Thank you.’ A phrase that will also be adorned on the walkout jackets when the Netherlands face Montenegro on Saturday.

It is the first of two World Cup qualifiers they face this month with Norway to follow on November 16.

Van Dijk’s side are currently top of Group G and should that remain the case after this month’s international fixtures, a place in the 2022 World Cup will be confirmed.

Liverpool’s No. 4 will play a key role once more and will be expected to take his season’s game tally to 20 from a possible 24 for club and country.