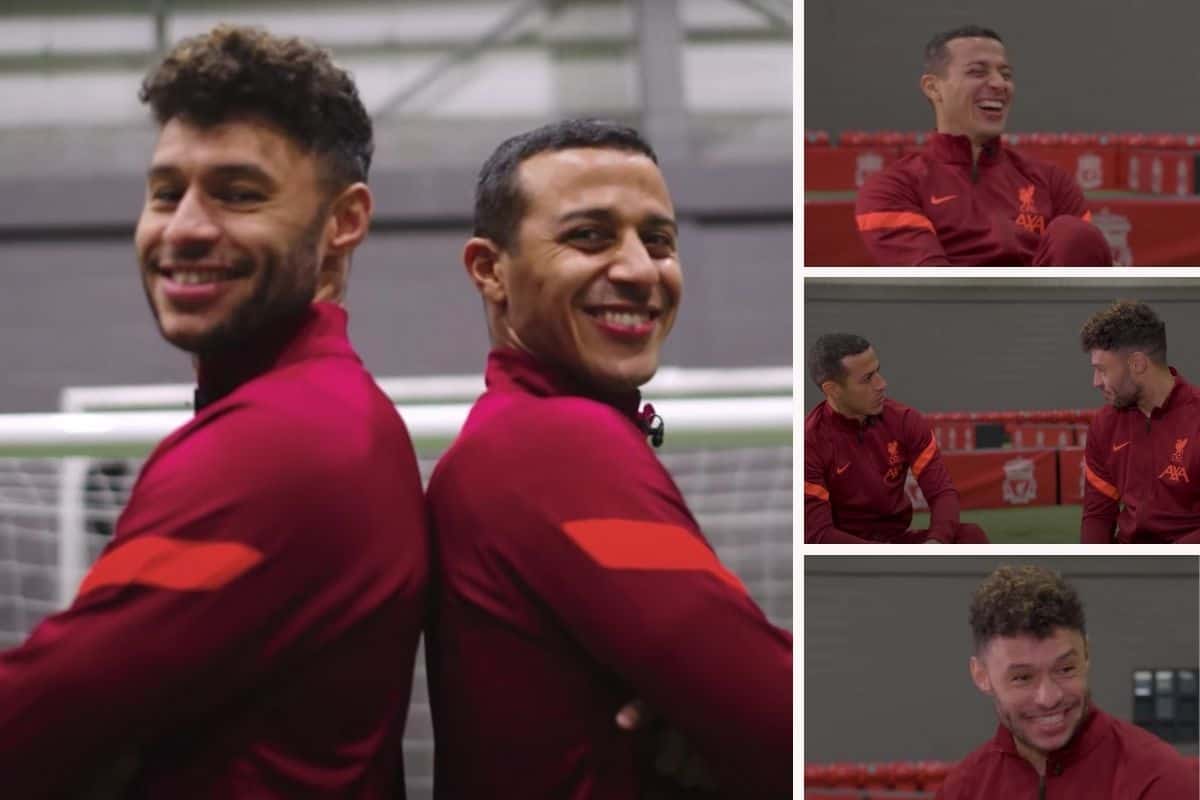 From Thiago forgetting the significance of Little Mix to Alex Oxlade-Chamberlain and a snubbing in a game of hide and seek, their trip to the academy was perhaps more than they bargained for.

The pair have featured 17 times together for Liverpool to date and both are currently benefitting from a run in the side and with fitness issues behind them.

They are two likeable characters in the squad and it was on show as the duo took part in the latest episode of ‘Kop Kids’, with as equally likeable and charismatic young hosts.

From having a kickabout to most likely questions regarding the Liverpool team, it was in the rank ‘em section where things got a little interesting for both Thiago and Oxlade-Chamberlain.

The latter’s choices of video games came under scrutiny as too his rank of pizza, roast dinner and burger as meal preference, with Thiago instead winning the popular vote by putting roast dinner last.

But while the No. 15 was left to defend his choices perhaps one too many times and say to the youngsters “I’m scared to disagree with you,” it was Thiago who made time stand still by saying, “who is Little Mix?”

Oh, it’s only the band of your teammate’s partner, no big deal.

“He doesn’t know who Little Mix are,” Oxlade-Chamberlain joked before the Spaniard got told by one of the youngsters that “you just disrespected him.”

And that’s when the penny dropped and laughter ensued, which continued with a debate on who would be last in a 100-metre sprint in the team, who would likely win a fight and skydive…without a parachute.

It’s a brilliant watch and if you need a good laugh, this is one for you.