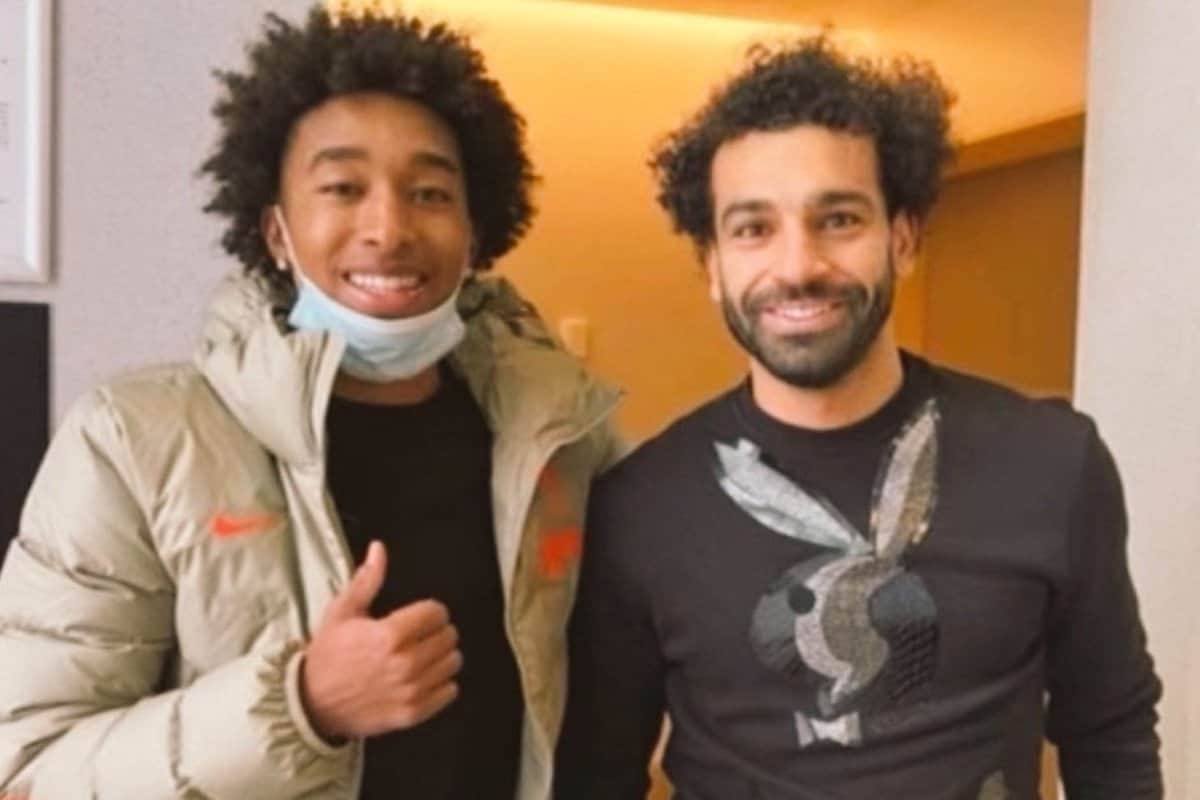 Liverpool have taken Canadian prodigy Jahkeele Marshall-Rutty on trial ahead of a proposed move to Anfield in the summer, with Mo Salah meeting with the 17-year-old.

Marshall-Rutty is the youngest player to be called up to the Canada national team, and ahead of his 18th birthday in June is being touted to a host of European clubs.

The teenager has already made 11 appearances at first-team level for Toronto FC, but is unlikely to stay in his native country for the entire 2022 MLS season.

Instead, Marshall-Rutty is spending the winter training with a variety of clubs, with his latest stop being Liverpool, where he has largely worked with the under-23s squad.

He has already struck up relationships with the likes of Harvey Elliott, Tyler Morton, Owen Beck, Conor Bradley and Kaide Gordon, while he looks to impress coaches at Kirkby.

And in a photo, shared by Twitter user @Mobyhaque1, Marshall-Rutty can be seen posing with Salah while wearing a Liverpool training coat:

17 year old ?? talent, Jakheele Marshall-Rutty who is training with LFC U23s with the best player in PL, Mo Salah. Lot of European clubs want to sign him but hope it's us. pic.twitter.com/RbKIeNljJf

It has often been the case in the past that Liverpool have lined up meetings with senior players in order to convince young talents to sign for them over their rivals.

While Doku declined the opportunity to join the Reds as he sought to first establish himself out of the spotlight at Anderlecht and Rennes, he and his father have both spoken about the importance of the gesture.

Gone are the days of Gerrard acting as a sweetener for players Liverpool were hoping to sign but feared may be out of their reach, with Anfield now a destination for the elite, rather than a stepping stone.

But it stands to reason that Marshall-Rutty will appreciate this time with the likes of Salah as he weighs up a move to Merseyside over Arsenal, Bayern Munich or Juventus.