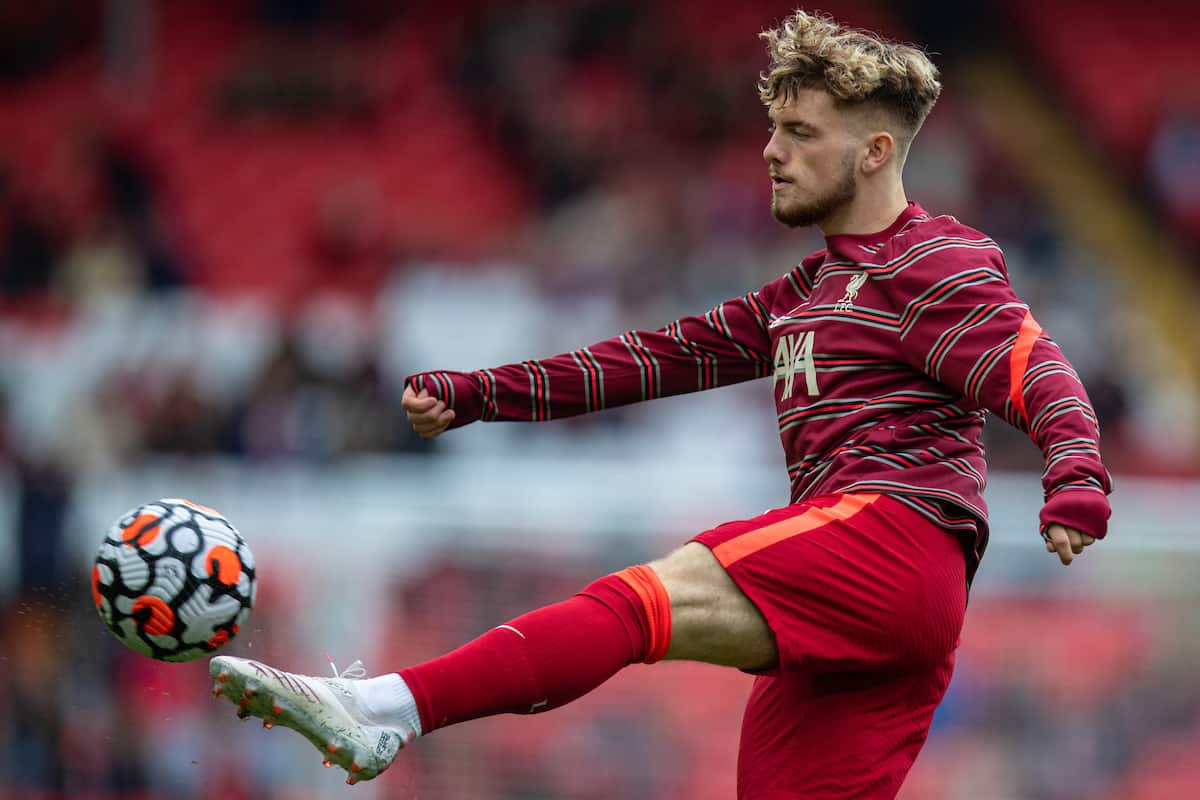 Harvey Elliott has resumed ball work at Liverpool’s training ground following a long spell out with injury, with the youngster saying he is “back with his best friend.”

The Reds have been without their No. 67 for the last 20 games, with Elliott sidelined since September having suffered a fracture-dislocation in his left ankle.

It has been a difficult period for the teenager, with Liverpool losing only once in his absence as he follows a rehabilitation programme at the club’s training ground in Kirkby.

But Elliott has been regularly praised for his approach to recovery, which has stepped up significantly in recent days as he nears a return to full training in January.

Last week saw the 18-year-old take another big step as he was seen working with a ball outside, running a series of drills with both feet while his team-mates trained nearby.

Elliott has made swift progress and is believed to be ahead of schedule when it comes to his recovery, with the Mirror‘s David Lynch reporting at the weekend that he is “on track to return next month.”

“Club sources say Elliott’s commitment to a gruelling programme has put him in a position to resume full training ahead of schedule,” Lynch explains.

It is a testament to the player’s enthusiasm despite such a major setback, and Elliott was clearly savouring the positives as he took to Instagram on Monday:

“Back with my best friend,” he wrote, in a post liked by Jordan Henderson, Roberto Firmino, Neco Williams and a number of Elliott’s academy team-mates.

The teenager will continue to work with Liverpool’s fitness staff as he edges towards sessions with the first team, with it possible that he then makes his return to action in February or March.

It will be a big boost for the Reds, with Elliott making a big impact in the early weeks of the season, and the hope is that he can stay fit and finish the campaign strongly.