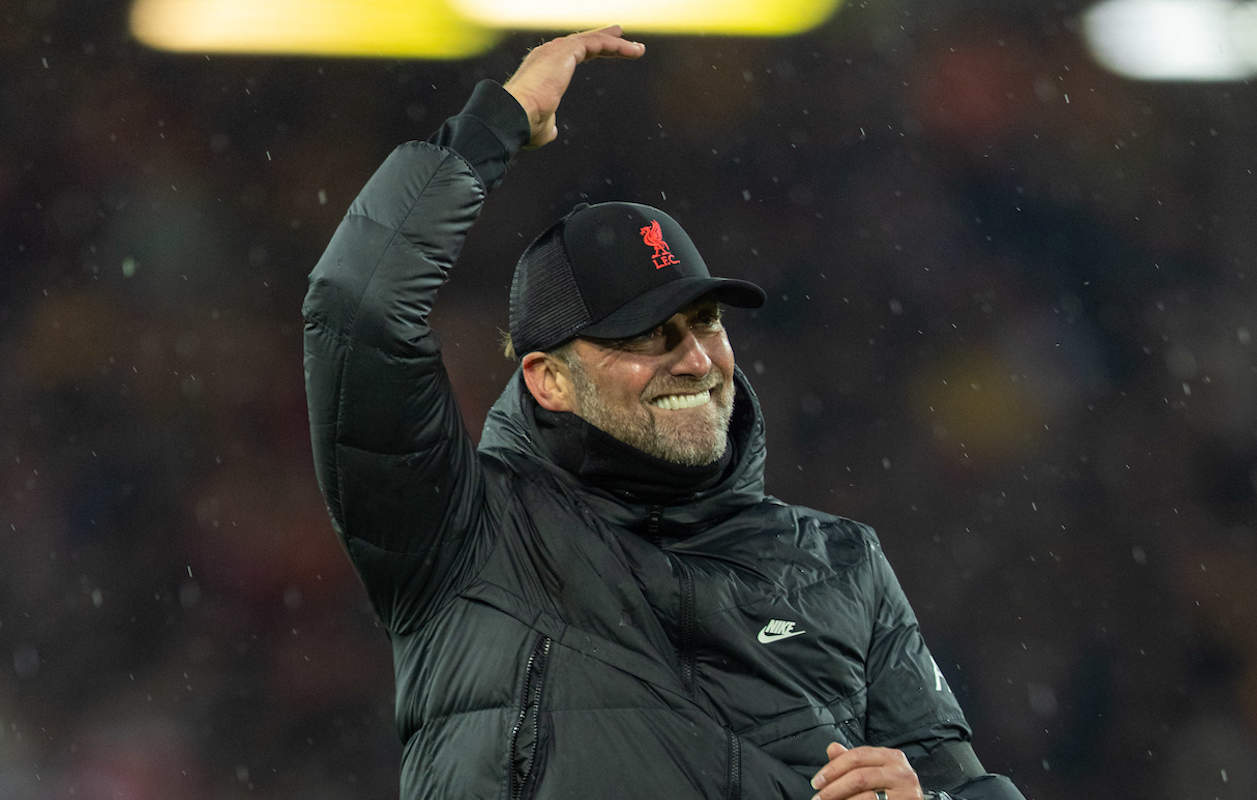 The spirit of Liverpool Football Club was on show in all its glory on Wednesday night and Jurgen Klopp‘s honest words after the game added to the emotional rollercoaster.

As is often the case with the Reds, few things are ever done the easy way – but where would the fun be in that anyway?

From 3-1 down to 3-3 and then a penalty shootout victory, the Reds had a raucous Anfield on their side and personified the message of never giving up.

It made for brilliant scenes after a place in the semi-final of the League Cup was secured and Klopp was bursting with pride as he congratulated his players and gave the Kop a triple fist pump.

But it was his powerful words to Viaplay Fotball when the dust had settled that hit home for many Reds, as the manager said if he’d know just how special this club was he’d want to have jumped on board earlier.

“I think especially for Liverpool supporters, I don’t know exactly a percentage of how much we mean in comparison to other things in their life but it’s a big one, and yes we feel that responsibility,” Klopp said.

“We feel much more the push we get from that. This club is so special, everything what we do is very important, which is sometimes not easy.

“Honestly, if I would have known how good this club is, how much we mean to each other, I would have wanted to be here much earlier – but it’s absolutely outstanding.” 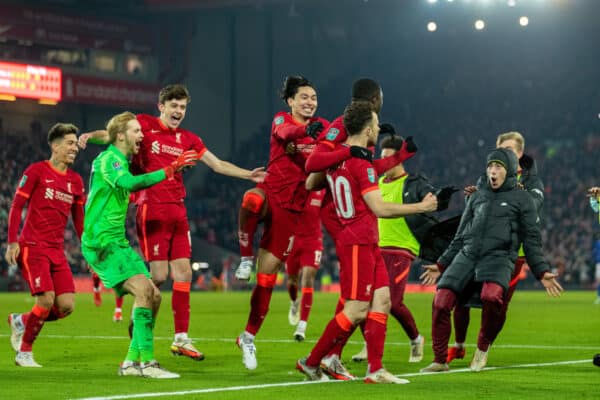 It’s a sentiment many will share such is the influence he has had on the club since arriving in 2015, transforming the club from top to bottom and creating an unflappable spirit.

While one cannot turn back time to realise Klopp’s words, a longer stay beyond 2024 is there for you, Jurgen.

And as if it couldn’t get any better, the boss also touched on the impossible nature of fixtures scheduled for December 26 and 28:

“The problem is and will always be, there’s no reason for it really. I have no problem with all the Christmas and Boxing Day is a wonderful game – nobody wants to delete that and cancel that.

“It’s just 26th and 28th, it’s absolutely impossible and it’s a joke that they still do it because there’s no problem to play 26th and 29th.

“If the 28th is not a matchday then who cares? People have enough to do between Christmas and New Year, see the family, stuff like this.

“It’s really dangerous for the players, it is and that’s what you have a squad for but everybody expects from us to win.

“That’s the problem but tonight I couldn’t care less. It’s how it is, these boys, I loved them before but I fell again in love. It’s just incredible.”

Jurgen Klopp, everyone. Our manager.