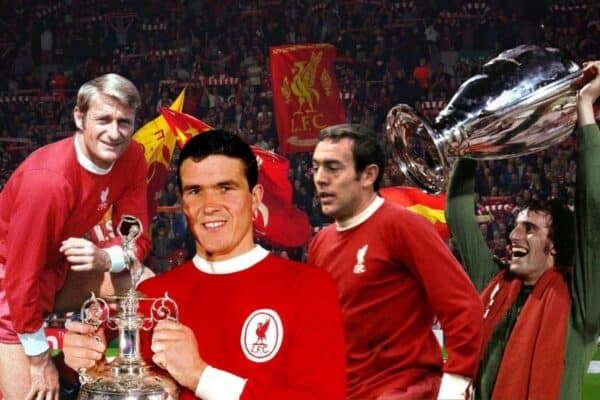 Liverpool legend John Aldridge, the chair of the former players association, spoke to This Is Anfield about the importance of the club looking after its ex-players, with increasing numbers suffering ill-health in later life.

While Jurgen Klopp‘s Liverpool squad is at the forefront of the minds of supporters, those legends of the past must never be forgotten.

It is something Aldridge is very passionate about, with the 63-year-old vocal on the need to look after former players.

Most recently, this will come with help from the money generated from events such as the upcoming Christmas lunch at Anfield, in which Klopp, Mohamed Salah and Jordan Henderson will take part in a live Q&A.

“It’s not just for charity, it’s for the ex-Reds themselves,” Aldridge told This Is Anfield.

“In latter days, we could have done more for Ray [Kennedy]. Ron Yeats is in a home not at all well with Alzheimer’s, he’s been there for a few years.

“We need to keep on helping the ex-players who are not getting any younger, after seeing how many have passed away very recently: The Saint, Sir Roger, Ray Clemence and now Ray Kennedy.

“We’re all not getting any younger so it’s nice to have a pot of money available for these ex-players who have donned the great pitch and been in this shrine, and help them in the needy times.”

Aldridge, who scored 63 goals in just 104 Liverpool appearances, also touched upon discussions he has had with former colleagues regarding ill-health:

“It’s something close to my heart, because being a fan I watched and adored these players.

“And to be the chairman of them is something I’m very passionate about, to make sure no one is in need of anything.

“Even if they don’t come to games, they know what my phone number is. We’ve done really good things in the past to help our ex-players and now we’re in a position to do more.

“These events are really important, I can’t stress how important they are.”

Finally, the one-time First Division and FA Cup winner spoke candidly about his concerns over his own well-being, given his penchant for heading the ball during his playing career:

“I’m concerned regarding Alzheimer’s and dementia because I headed the ball as much as anyone else. I loved heading the ball from when I was six or seven years of age.

“Me dad used to coach me and I used to stay behind at clubs to make myself better at heading the ball.

“I’ve seen firsthand how the people suffer around you. You forget the names of the loved ones who have seen you diminish. It’s a horrible disease and is one that we’ve got to keep an eye on.

“There are a few different charities that are working with it, I just hope the PFA get involved. I’ve been in touch with them and I would like them to get involved because it is getting more prominent, especially with ex-footballers.

“You look at our ex-players who have passed away, 70 to 80 percent of them have had dementia or Alzheimer’s.”