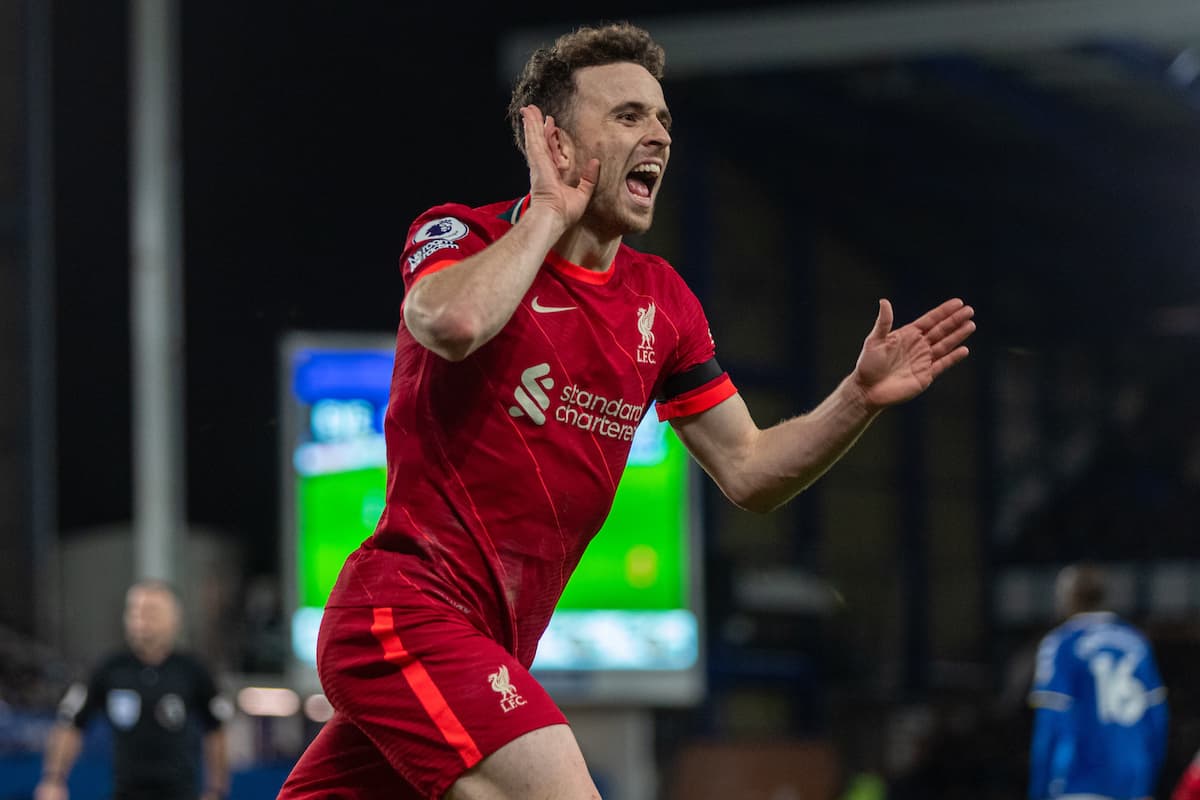 Liverpool forward Diogo Jota has developed a “killer instinct” this season, according to manager Jurgen Klopp.

Only team-mate Mohamed Salah has scored more Premier League goals in 17 matches than the Portugal international, who has five in his last six after seamlessly filling the gap left by Roberto Firmino’s month-long absence with a hamstring injury.

Jota’s nine in total equals his previous best in the top flight, which he achieved last season and also for Wolves in 2018/19.

On the 11 occasions he has scored in all competitions, he has scored the first goal six times and only once have they not won when he has found the net.

However, with Salah breaking a new record almost every match, Jota’s achievements have been somewhat overshadowed.

“Diogo is an incredible player. Players underrated or under the radar, I don’t know why you always ask me that because they are not under my radar,” said Klopp. 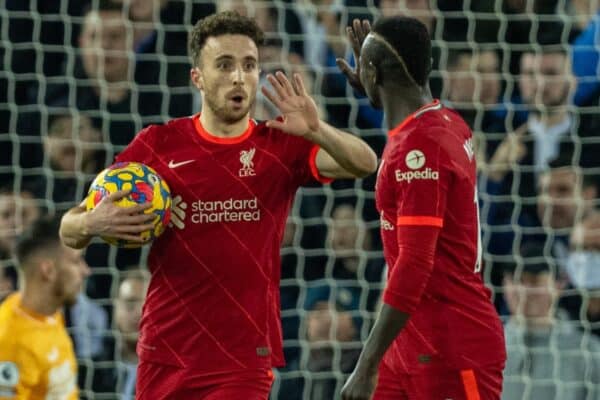 “All of these boys have incredible quality and that’s why they come into these positions and they come in these situations.

“He is there in the moments, he is in the right spaces, he brings himself into good positions.

“I think his linkup play, especially on this half-left with Sadio, is exceptional and I really like watching it.

“He is still young and there is still really a lot to come from him but it’s already good, so good for us.”

Another player who has risen to the occasion in recent weeks is Alex Oxlade-Chamberlain.

Asked to play as the central forward when Jota and Divock Origi were missing with injuries last weekend, he returned to his more familiar midfield position for Thursday’s home win over Newcastle.

He has already made more appearances this season than last and Klopp believes he is approaching his peak.

“It’s pretty much the best Oxlade since I was here,” said the manager ahead of the trip to Tottenham.

“I know he was more spectacular in moments, scoring against City and some really good goals, but it is a completely new quality.

“Calming the game down, knowing when to sprint with the ball, when to shoot.

“Being involved in all the different things on the pitch is a massive step and I’m really happy with Ox in the moment and hopefully it stays like this.”