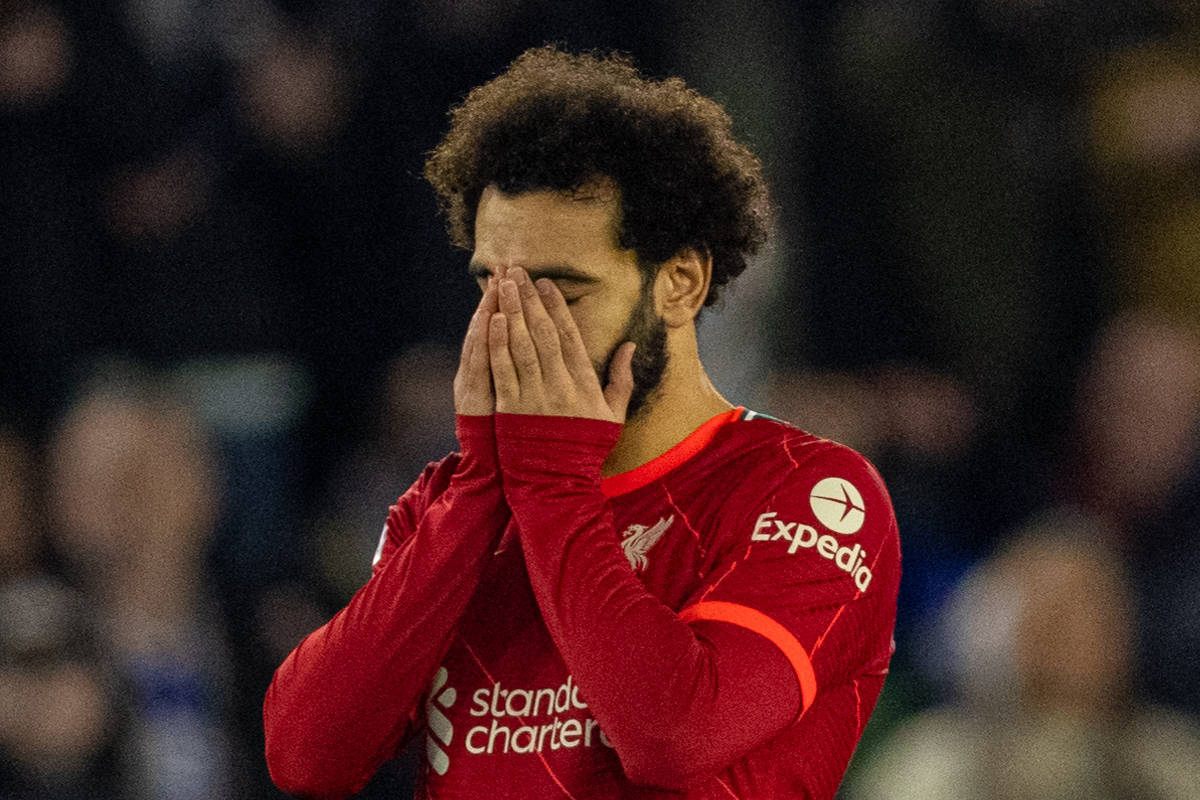 Liverpool produced a truly awful performance to lose against a Leicester side who were battered 6-3 by Man City two days ago.

Liverpool’s final game of 2021 saw misses from Mo Salah (penalty) and Sadio Mane prove costly as Jurgen Klopp‘s side produced one of their worst displays in some time against a depleted Leicester team who played at Man City just two days ago.

Klopp was able to bring Virgil van Dijk and Fabinho back into the side after their absence due to covid, while Diogo Jota kept his place in the front three ahead of Roberto Firmino.

Liverpool should have been ahead on 15 minutes when Mo Salah was fouled by Wilfried Ndidi inside the box, but the Egyptian’s penalty was saved by Kasper Schmeichel. It wasn’t the best spot-kick, at a good height for the keeper and not in the corner – his first miss in the Premier League since 2017.

Schmeichel produced a superb reaction save to deny Salah soon after, while a superb block by Joel Matip denied Jamie Vardy at the other end before the break.

Leicester were buoyed by the penalty miss, whereas Liverpool became increasingly sloppy. A trio of Jordan Henderson volleys over the bar were the most notable other opportunities along with a Diogo Jota half-chance.

Meanwhile, in the stands, vermin Leicester fans continued to show their absolute ignorance by singing about food poverty for most of the match. 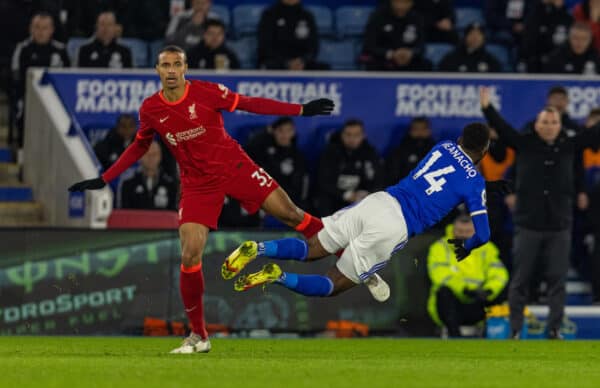 Kostas Tsimikas, deputising for the suspended Andy Robertson, was one of the Reds’ most creative players – along with fellow full-back Trent Alexander-Arnold, but the midfield lacked much impetus.

Alex Oxlade-Chamberlain was given the nod in midfield ahead of Naby Keita but that was a decision that was reversed with a sub before the hour mark.

Sadio Mane had the first big chance of the second half, put through on goal but he blazed his shot over the bar with a truly awful finish.

Minutes later, Leicester sub Ademola Lookman showed how to finish, cutting inside Liverpool’s defence and firing past Alisson. It was poor defending and a goal that had been coming. 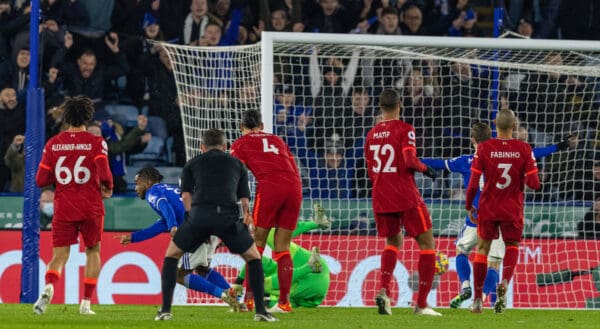 This was Liverpool, who hadn’t played for six days – and some key players hadn’t for nine – against a Leicester side who lost 6-3 at Man City a little over 48 hours ago.

The Reds toiled for an equaliser late on but produced little of note. Eventually, it was the first time in 34 games that they failed to score.

Next up is a trip to Chelsea on Sunday.