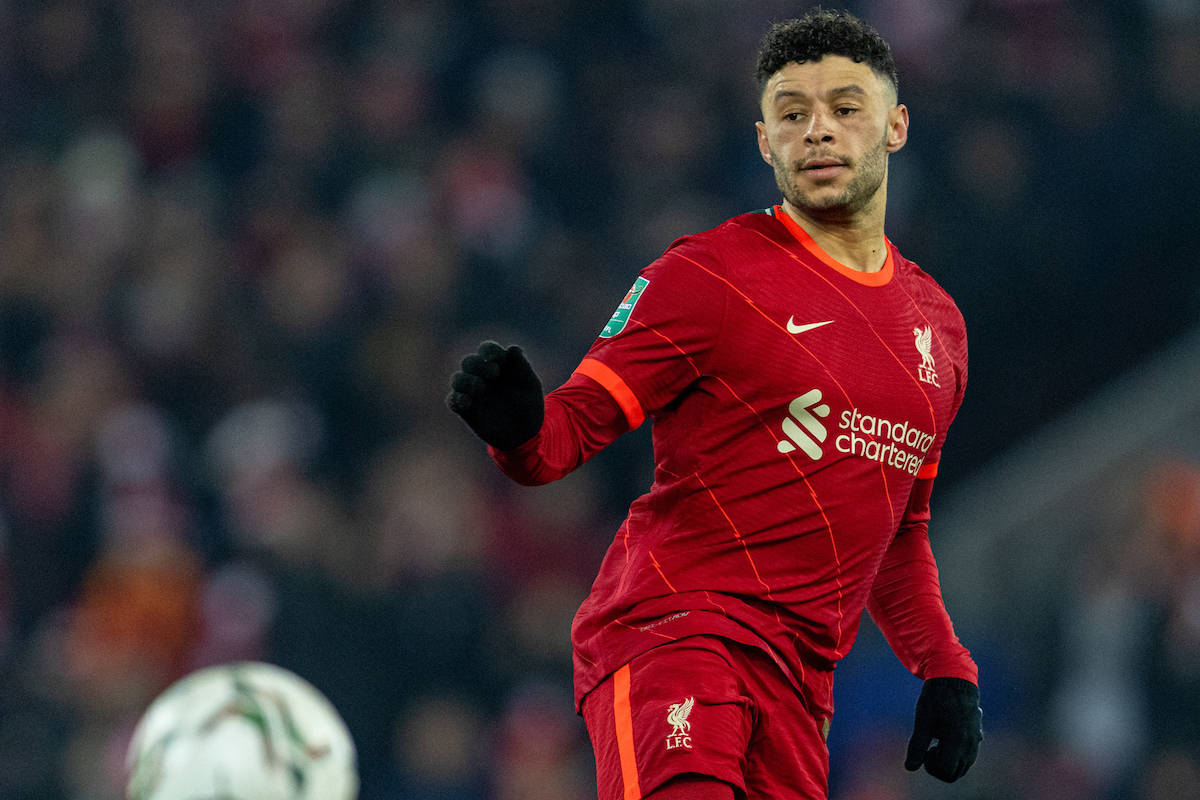 Alex Oxlade-Chamberlain shone in Liverpool’s astonishing League Cup triumph at home to Leicester on Wednesday, but other starters struggled to impress.

A stunning encounter unfolded at Anfield, on a night that threatened to end in a comfortable cup exit for the Reds at one point.

Leicester raced into both 2-0 and 3-1 leads before half-time, before substitute Diogo Jota pulled a goal back with a ruthless finish.

Takumi Minamino made it 3-3 in the dying seconds and Liverpool then went through to the semi-finals after Caoimhin Kelleher saved two and Jota converted the all-important penalty in the shootout. 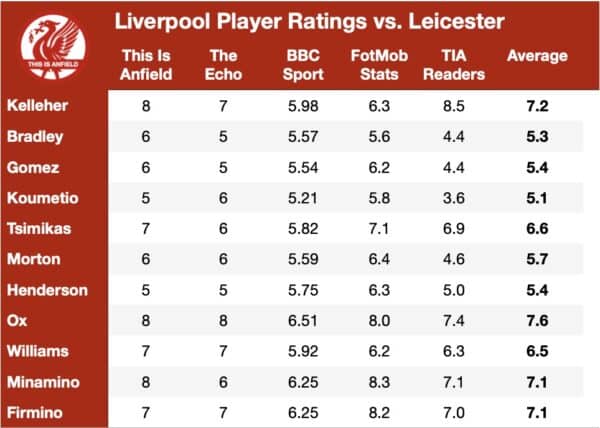 Oxlade-Chamberlain (7.6) received the highest rating on the night, as his recent resurgence continues.

The 28-year-old not only scored Liverpool’s first goal of the evening, but he excelled in his all-round game and scored in the shootout.

In second place was Kelleher (7.2), who denied both Luke Thomas and Ryan Bertrand from the spot.

Aside from the shootout, Ian Doyle of the Echo lauded the young Irishman’s “good save from Daka early on” – one of several important stops he made in normal time.

Tied in third place were Minamino (7.1) and Roberto Firmino (7.1), following infleuntial showings from both.

Minamino produced a “brilliant take and finish” in stoppage time, according to Nalton, who also felt the Japanese “improved in the second half” when a number of senior players were introduced.

Meanwhile, Firmino played four key passes, as per FotMob, not to mention making a total of eight recoveries, as he looked in promising form.

The lowest-rated player for Klopp’s men was Billy Koumetio (5.1), with the 19-year-old full debutant well off the pace and replaced at half-time.