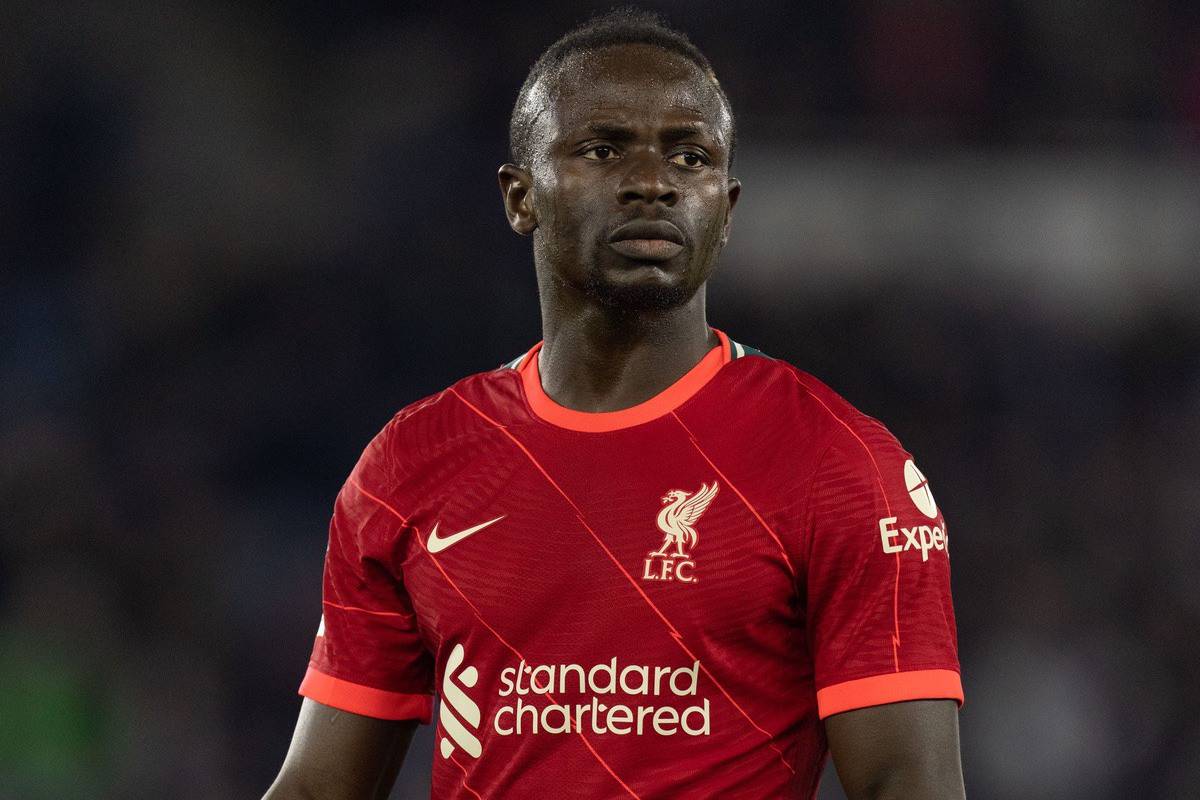 Sadio Mane failed to score the biggest open-play opportunity of Liverpool’s 1-0 loss to Leicester on Tuesday, with fans worried about the No. 10’s powers declining.

While the Reds’ defeat at the King Power largely rested on Mohamed Salah‘s unsuccessful penalty in the first half, a clear chance opened up for Mane after the break.

Kasper Schmeichel had already thwarted Salah from spot, with the forward unable to convert the rebound, when Mane was sent through after Diogo Jota combined with Alex Oxlade-Chamberlain.

The 29-year-old bore down on goal, and though it seemed easier for him to hit the target he scooped his effort over the bar.

Ademola Lookman scored at the other end soon after, and Liverpool were unable to claw their way back to a point, let alone the three they needed to keep up the pace with Man City.

Few players came away from the Midlands with real credit – perhaps only Joel Matip – but Mane’s ongoing malaise was the focus for many supporters on social media. 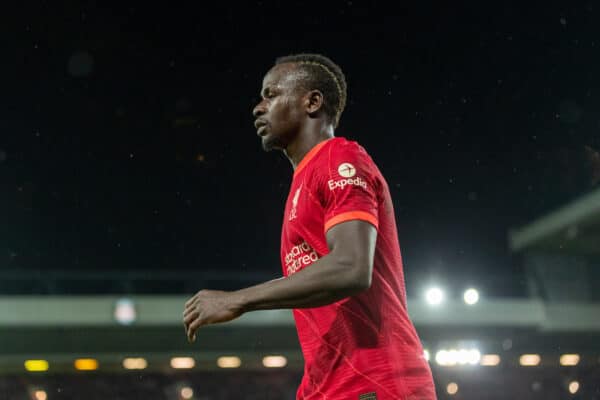 Mane’s last goal came in the 4-0 thrashing of Arsenal on November 20, and though only just over a month has passed, that run takes in nine starts for Liverpool’s No. 10.

He has blanked against Porto, Southampton, Everton, Wolves, AC Milan, Aston Villa, Newcastle, Tottenham and now Leicester, and during that time he has also failed to register a single assist.

It would be wrong to suggest that Mane has been woeful throughout this period, but there is certainly cause for concern, as fans expressed after the loss on Tuesday:

This is the worst barren run of Sadio Mane’s Liverpool career. His goal drought now spans 808 minutes — that’s 13 and a half hours of football. Confidence levels have taken a battering. His miss was a pivotal moment on a bleak night for #LFC v Leicester. https://t.co/330vvyob3M

I want to hunt down the man who stole Sadio Mane's first touch and replaced it with Momo Sissoko's.

The personification of the difference between Sadio mane pre covid (2019) and post covid (2021) pic.twitter.com/dP0ogBUUBQ

I don’t know how anyone can watch Mane and not think he’s declined.

Yes, his numbers are still decent, but he doesn’t take a man on, he’s predictable, lost a yard and a heavy touch.

I’m willing to call it an off day but I can’t get Mane out of my head. This is genuinely his new level

That Mané miss is still making me so angry.

Mane needs replacing. It’s been a season and a half now where he just hasn’t been himself. We can’t have all of the front 3 going into their 30’s and it sure as hell can’t be Salah that goes. So between him and Bobby I’d rather keep the latter

Liverpool find themselves at a crossroads heading into January, with Mane entering the final 18 months of his contract along with both Salah and Roberto Firmino.

While there has been a strong emphasis on agreeing terms with Salah, as talks continue, little has been reported with regards the futures of Mane and Firmino.

It is unlikely that the club will give all three extended terms, as they will all be 30 next year, and a decision could be made as early as next summer in terms of moving at least one on for a fee.

On current form, it could well be that Liverpool’s analysts suggest Mane is the one cut, as at present he looks far off his prime.