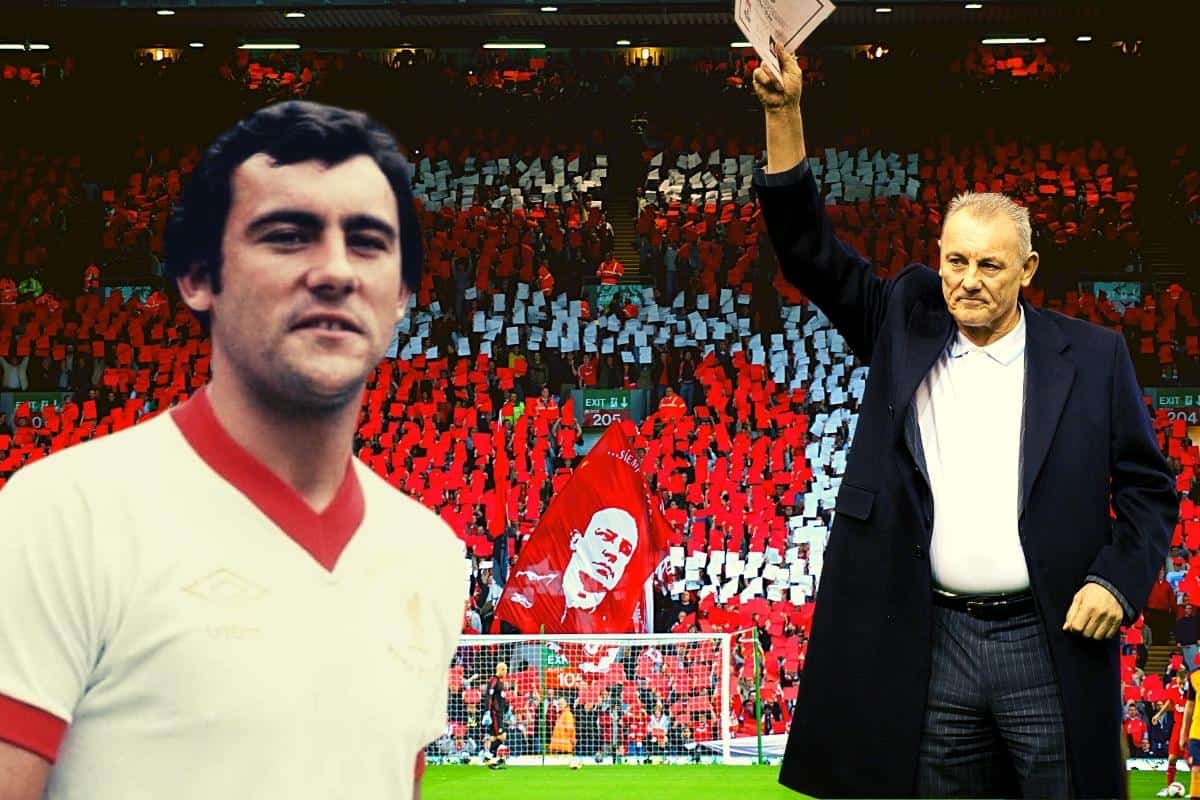 Liverpool legend John Aldridge has paid tribute to the late Ray Kennedy, hailing the forward as a “proper legend” and the perfect “going-away present” from Bill Shankly.

Kennedy sadly passed away at the age of 70 on Tuesday, after battling with Parkinson’s disease for over three decades having been diagnosed in 1984.

A five-time First Division and three-time European Cup winner with Liverpool, Kennedy made 393 appearances for the club, scoring 72 goals and laying on another 55 assists.

He was Shankly’s final signing as manager, and joined on the same day that the Scot resigned, spending eight years at Anfield between 1974 and 1982.

His time with the Reds preceded that of Aldridge, who instead watched him as a fan, before later striking up a relationship with him off the pitch.

“Proper legend. That word is used far too often, but certainly for what he did in life and did on the football pitch – quality,” Aldridge told This Is Anfield.

“Shanks left the club and that was his going-away present, Ray, and what a present it was. What a player.

“Awesome player. Slightly underrated, I think. Maybe from the media, not from Liverpool fans as such.”

Aldridge added: “Across the board, he was such a great player. You ask every one of the Liverpool players.

Kennedy’s took a proactive approach to his diagnosis with Parkinson’s, allowing his image to be used in campaigns to raise awareness for the disease, which led him to meet fellow suffered Muhammad Ali.

“What he had to live with for half of his life was pretty horrendous,” Aldridge reflected.

“And he’s done so much good for people who have the disease and made it prominent, being a great player. He was a great fella as well.”

Aldridge went on to tell the story of his time watching Kennedy play from the stands at Anfield, recalling two memorable performances in particular.

“The St Etienne game. He helped turn that game around, scored the goal, made the winner,” the striker said.

“But a game more so that people forget about, Wolves away. We needed to win, to win the league.

“I travelled down there, skived school that day and got on the train, and went to watch us.

“We were getting beat 1-0, Steve Kindon scored and we were fearing the worst. Ray second half was awesome, we won 3-1, he scored, Keegan and Toshack scored.

“And I’ll never forget those two games in particular.”