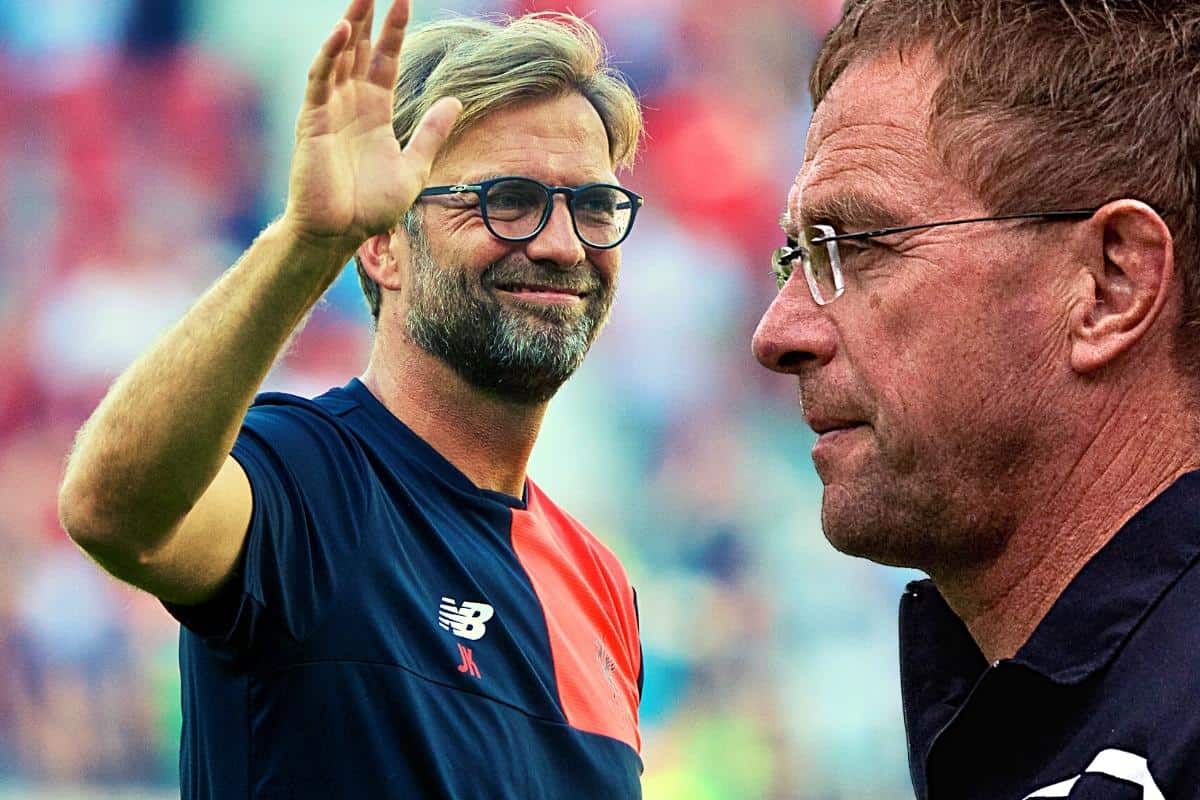 Man United manager Ralf Rangnick has dismissed false claims that he was Jurgen Klopp‘s “mentor,” but revealed how he once served as his unofficial advisor.

Prior to Rangnick’s arrival at Old Trafford, it was lazily reported – including among high-profile Merseyside publications – that he was the major influence on Klopp’s career.

That was, of course, Wolfgang Frank, who in turn was inspired by Arrigo Sacchi, with those two managers regularly cited as driving forces by Klopp himself.

But while Rangnick did not consider the Liverpool manager as his protege, their relationship goes back decades.

In fact, the United manager has explained the valuable role he played in discussions over Klopp taking over at Mainz back in 2001, as per the Mirror.

“I remember before Jurgen became head coach at Mainz and he called me,” Rangnick said.

“I was at Ulm at the time and Jurgen asked me what kind of money he should be asking for from Mainz.

“He didn’t have an agent, so I told him. In a way, I was his agent and I advised him what he should ask for.

“Jurgen said ‘ah, do you not think that is too much to ask?’. I told him it was the right thing to do – and I am pretty sure he got what he wanted.”

The association between the Liverpool and United managers today is unlike any of those that have come before, with the pair already sharing pleasantries in the media since Rangnick’s appointment.

Of course, friendships will be put aside when the Reds host United in March, with the focus firmly on winning the Premier League at the expense of their rivals.

“I didn’t ring Jurgen about coming here, but we have known each other since 1997,” Rangnick continued.

“I was not his mentor – that was a coach called Wolfgang Frank – but we have always been in contact and had a good relationship with each other.

“We respect each other and that will continue.”

It is an interesting time in the Premier League, with Klopp sharing connections with a number of rival managers such as Rangnick, Thomas Tuchel and Ralph Hasenhuttl, while Everton, Aston Villa and Leicester are helmed by ex-Liverpool players and managers.

But as Steven Gerrard recently attested, there is no room for sentiment when it gets down to it.