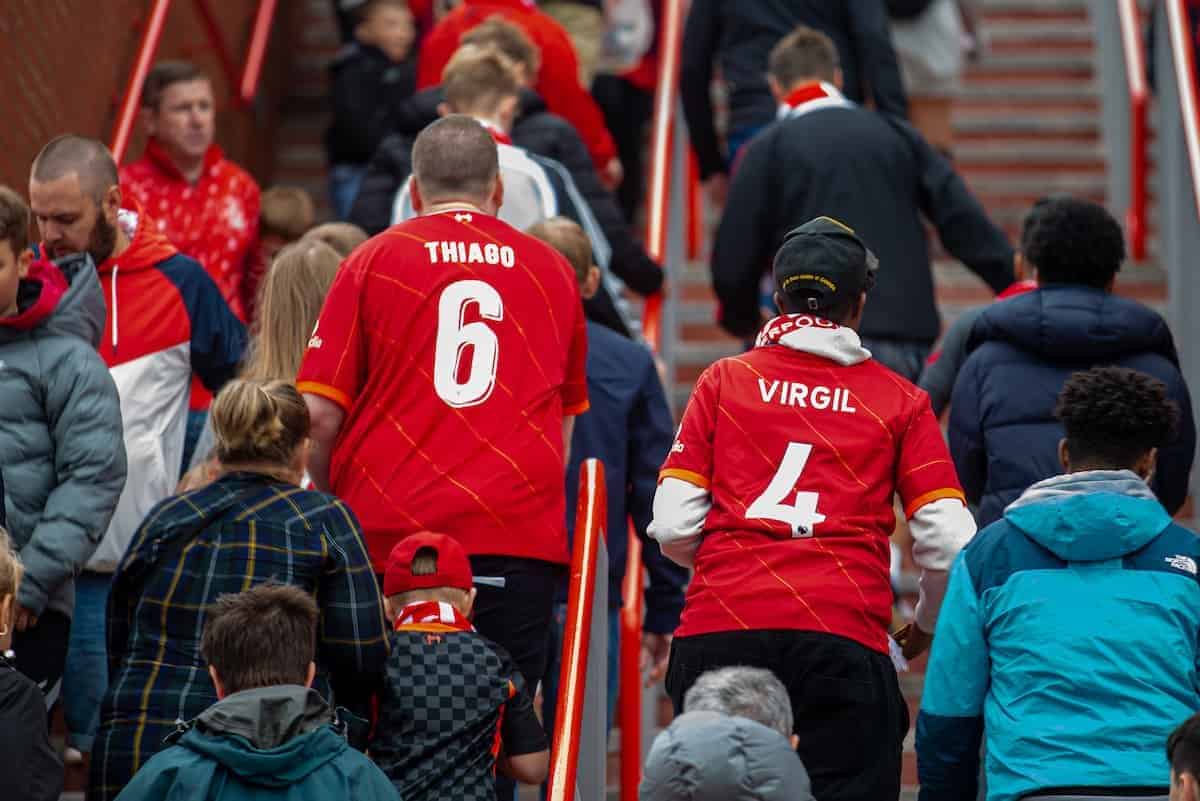 With the UK government announcing a move to ‘Plan B’ in dealing with the new COVID-19 variant, sports events with over 10,000 fans will now require vaccine passports.

The latest variant of COVID-19 is beginning to spread throughout the UK, leading to government intervention on Wednesday evening.

Amid the scrutiny of their arrogant dismissal of lockdown rules this time last year, the Tories have announced new measures that will kick in from next week.

This includes the return of mandatory face coverings indoors, with the exemption of the hospitality sector, while people will be asked to work from home if possible.

‘Plan B’ also stipulates that proof of vaccination or a negative lateral flow test is required for:

This covers the majority of top-flight football games, with these measures to begin on December 15, the day before Liverpool host Newcastle in the Premier League.

While the upcoming clash with Aston Villa at Anfield is not subject to these new rules, the club have already confirmed that ticket sales for the Newcastle game – set to be held today – are to be delayed. 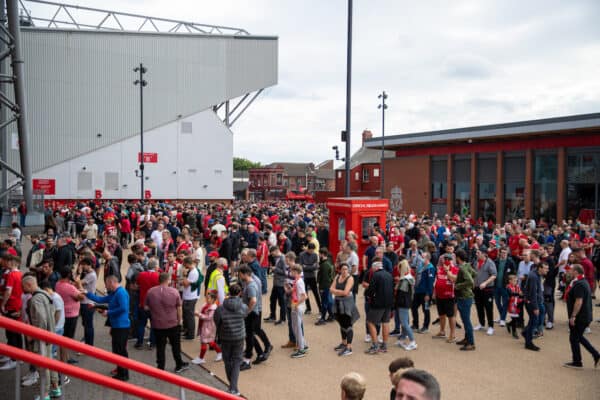 As explained by the Times‘ Martyn Ziegler, “the new law could pose huge logistical challenges if clubs are expected to carry out Covid checks on every fan in attendance.”

Liverpool have already faced issues this season with the introduction of their digital NFC tickets, with queues outside Anfield after kickoff had already taken place in early fixtures of the campaign.

Ziegler adds that “it is still unclear whether every fan will have to show proof before being allowed entry, or whether there will be spot-checks,” with vaccine passports able to be attached to digital tickets.

Burnley have already announced that spot-checks will take place at Turf Moor, though Liverpool are yet to advise their protocols. 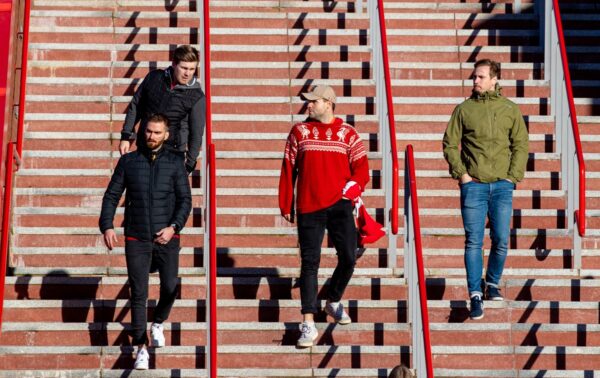 It is even speculated that there could be issues with the participation of players who are not yet vaccinated, with 81 percent receiving one jab and 68 percent double-jabbed by mid-October.

According to Ziegler, the rates of vaccination among players at Man United and Brighton are “still lagging behind the rest.”

Premier League officials will hold further talks with the government regarding these new rules in the coming days, with it unclear at this stage the extent to which it will impact matchdays.