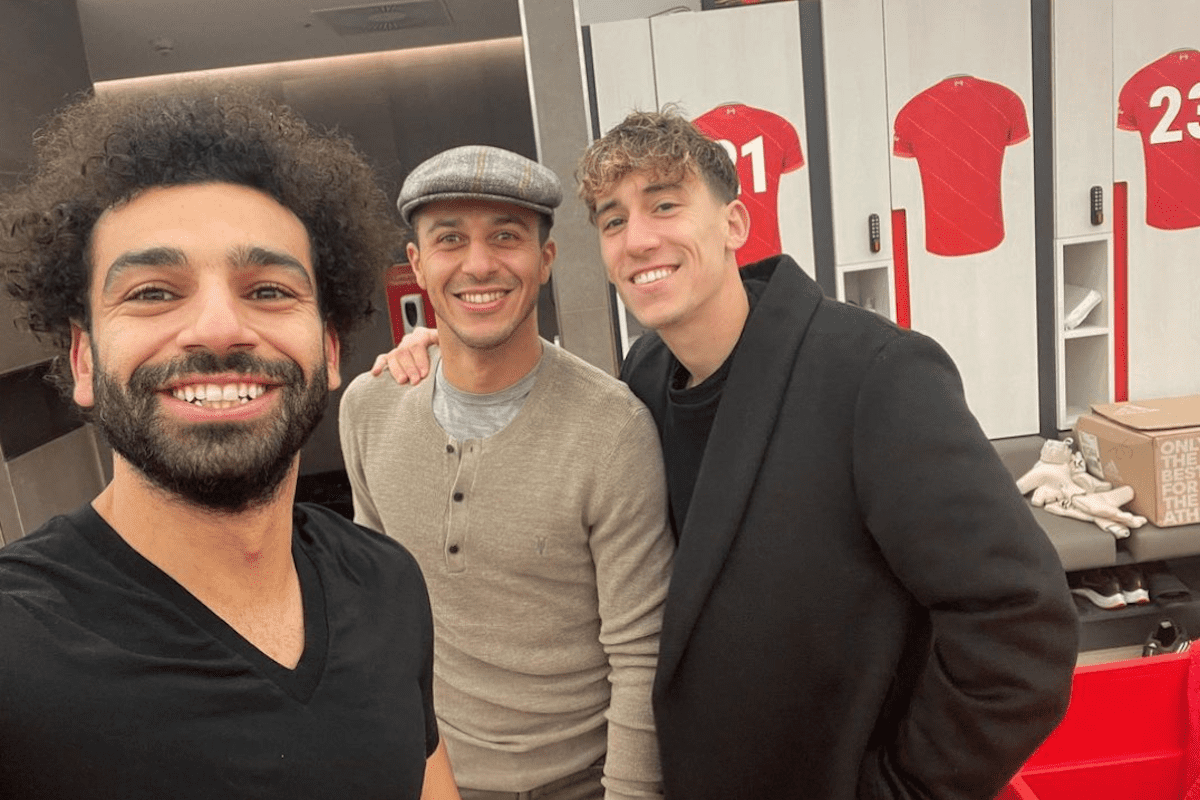 Thiago delivered a late Christmas gift to Liverpool having been cleared to return to the training ground after completing seven days of isolation following a positive Covid test.

The Spaniard tested positive for Covid on the eve of the Reds’ match with Tottenham on December 18, making him the fourth Liverpool player to be sidelined due to the virus.

He joined Virgil van Dijk, Fabinho and Curtis Jones, all of whom tested positive two days prior and were then able to rejoin the group on Christmas Eve after government guidelines changed.

Negative lateral flow tests on the sixth and seventh days of isolation and no signs of symptoms will end self-isolation, as it did for the abovementioned trio, and now Thiago.

Liverpool’s No. 6 had to record negative tests on Christmas Eve and Christmas Day to be released and his presence at Kirkby on Boxing Day was more than enough evidence to say he did just that.

And Mohamed Salah was the man to thank for the update after positing a selfie alongside Thiago and Kostas Tsimikas on Sunday as the team prepare for their trip to Leicester on Tuesday.

With just two days back amongst the team prior to the meeting with Leicester, Thiago will likely be eased back into training before being tasked with a starting berth.

It means he is more likely to feature at Chelsea on January 2 following a week on the sidelines.

One could expect Van Dijk and Fabinho to return against the Foxes, meaning they’ll have missed three games during their absence after the Boxing Day clash with Leeds was postponed.

It’s a welcome boost for Liverpool as the busy schedule continues and while further positive tests are a real possibility, Jurgen Klopp will welcome the return of a handful of his senior players.

And the manager will no doubt provide an update on his squad ahead of Tuesday’s game in his press conference on Monday at 1pm (GMT).