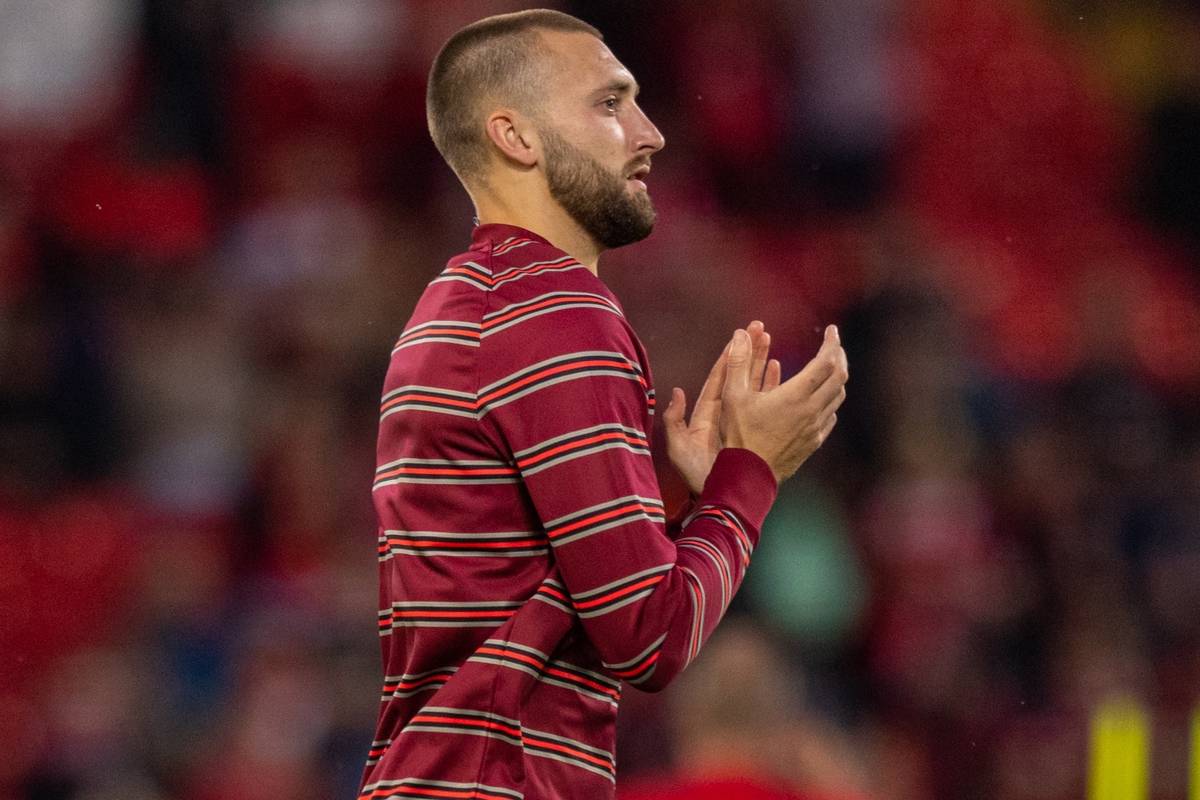 West Ham are undeterred in their pursuit of Nat Phillips despite his recent injury, with the latest reports suggesting Liverpool’s price tag has dropped even further.

Phillips is expected to leave the Reds in the January transfer window, with Jurgen Klopp explaining earlier this month that it was “not the plan anymore” to “block” his exit.

Liverpool sought to retain the centre-back in the summer despite interest from a number of clubs, but with Virgil van Dijk and Joel Matip having recovered their fitness as first-choice starters, his services are no longer essential.

The 24-year-old signed a new four-year deal in August, and though this should put Liverpool in a strong position when it comes to negotiations, the suggestion is that their valuation has dropped.

Back in the summer, Phillips was touted for £15 million, while recent claims were that the club would accept £12 million, and now that has fallen to £10 million.

That is according to the Evening Standard‘s West Ham reporter Jack Rosser, who reports that the Hammers are “prepared to push ahead” with a move for the Englishman regardless of his injury.

The No. 47 is currently sidelined with a fractured cheekbone, sustained in his first start of the campaign at AC Milan.

With first-choice centre-backs Angelo Ogbonna and Kurt Zouma out with long-term injuries of their own, leaving David Moyes with Craig Dawson and Issa Diop as his only senior options, signing a new defender is seen as a priority for West Ham.

Phillips is a prime target for the Hammers, though they could face competition from Newcastle, who are also interested and in urgent need of reinforcements at centre-back.

Whether that could spark a bidding war and, in turn, drive Phillips’ price back up remains to be seen, but there is clearly a reluctance from those at Liverpool to stand in the player’s way.

“I’m very happy that Nat is here, to be honest,” Klopp told reporters ahead of Saturday’s 1-0 win over Aston Villa.

“But, how I said, we will not block anything – I think, at least, it’s not the plan anymore. But who knows what happens until January, then we would talk completely new.

“It’s of course not the luckiest moment for this, but by the end of January he will be completely fine, definitely – or probably in the middle of January, I don’t know exactly.

“So we will see that it will be completely fine. It’s not complicated, it’s just not cool.

“We will see what that means exactly, but in the long term, it’s no problem. Everything will be fine for Nat, definitely.”