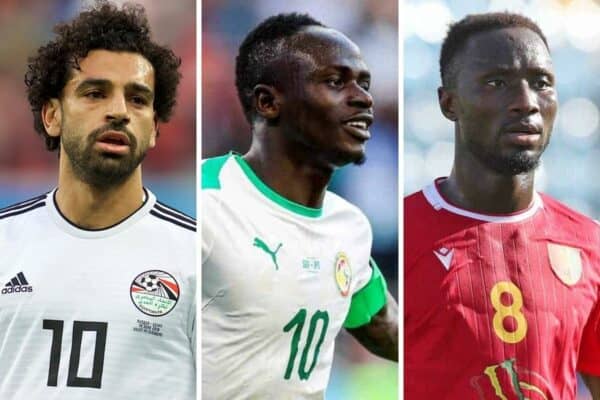 The 2021 Africa Cup of Nations kicks off, belatedly, on Sunday, with Mohamed Salah, Sadio Mane and Naby Keita all representing Liverpool at the tournament in Cameroon.

This month will see the 33rd edition of the AFCON kick off, having twice seen its start date shifted and major doubts over whether it could even go ahead.

Liverpool have seen three of their first-team players called up, with Salah, Mane and Keita having left Merseyside following the 2-2 draw with Chelsea.

They are expected to miss at least four games for the Reds, though their return to Anfield depends on how far Egypt, Senegal and Guinea reach in the tournament.

Despite the controversy, the AFCON is always a spectacle worth watching, so here are all the key details you need to know before January 9.

Though the participation of Salah, Mane and Keita in a mid-season tournament alone could deter Liverpool from future signings, there will be scouts at the tournament looking out for future talent.

It had been claimed that Ghana forward Abdul Fatawku Issahaku even agreed a move to Merseyside in the summer, though now his agent has insisted he is to join Sporting CP.

Another touted with a switch to Anfield only to secure a transfer elsewhere is Issahaku’s team-mate, winger Kamaldeen Sulemana, and despite their change in circumstances, their progress will almost certainly be tracked.

Samuel Chukwueze, the 22-year-old Villarreal right winger, is expected to be a key player for Nigeria, and has already been on Liverpool’s radar.

Bayer Leverkusen centre-back Edmond Tapsoba may also be of interest, with the 22-year-old a regular starter for Burkina Faso.

Alongside Keita for Guinea is Olympiakos forward Aguibou Camara, who has also been linked with the Reds in the past.

Finally, there are two ex-Liverpool players to keep an eye on at the tournament, with Taiwo Awoniyi and Steven Caulker receiving call-ups by Nigeria and Sierra Leone respectively.