It wouldn’t be a transfer window without speculation over Philippe Coutinho returning to Liverpool, and days into January a source in Brazil has claimed exactly that.

Four years ago this week, Liverpool confirmed a £142 million deal with Barcelona for the transfer of Coutinho; it was a bold decision that led to frustration among supporters.

Since then, Jurgen Klopp has transformed the squad, with the money brought in from the sale of his No. 10 used to sign both Alisson and Virgil van Dijk.

But despite winning the Premier League, Champions League, Club World Cup and UEFA Super Cup without him, every transfer window, Coutinho is linked with a return to Anfield.

This time around, it comes via a reliable source on paper, with Goal‘s Brazilian journalist Marcelo Hazan claiming that Liverpool are interested along with Everton and Aston Villa.

With Barcelona looking to cut their wage bill as they are currently unable to register new signing Ferran Torres, it is reported that a cut-price deal could be struck for Coutinho.

It stands to reason that Liverpool would be linked, particularly given the clamour for a new midfielder in Klopp’s squad, and it is claimed that the player is looking to return to England. 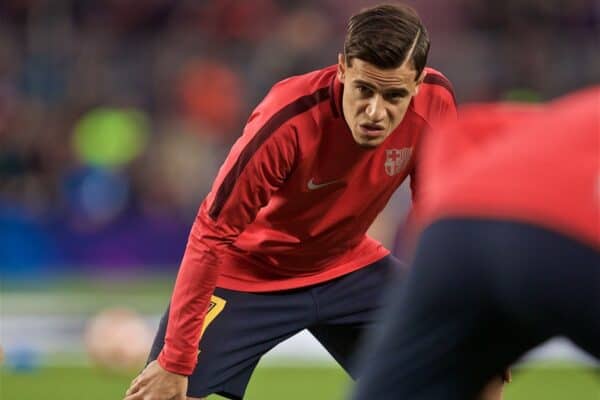 This comes after a failure to settle in Spain and Germany, with Barcelona and loan club Bayern Munich, but turning 30 in June, it is impossible to see him rejoining the Reds.

However, it is a story that generates clicks and sells papers, which is almost certainly the aim for Goal – touting Coutinho with a reunion with either Klopp, Rafa Benitez or Steven Gerrard.

If not the journalist himself, this could come from the player’s agent, as attempts to free him from an ongoing struggle at Barcelona continue.

Coutinho has scored 25 goals and laid on 14 assists in 106 games for Barcelona, having scored 54 and assisted 45 in 201 appearances for Liverpool.