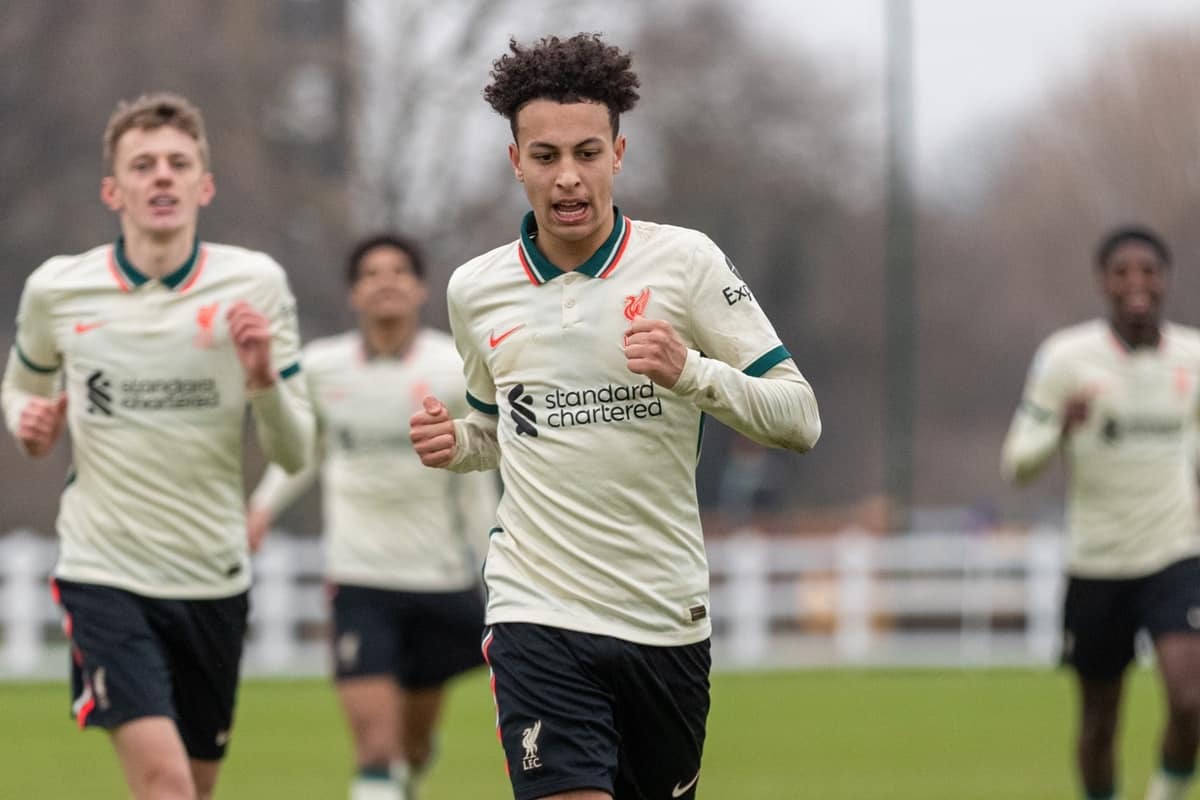 Liverpool’s under-23s made it three wins in two days against Crystal Palace, with a 2-0 victory enough against a side featuring ex-Reds duo Nathaniel Clyne and Martin Kelly.

After victories for the men’s (3-1) and women’s (4-0) first-team sides at Palace on Sunday, it was the U23s’ turn the following day as they looked to make it a three-peat.

Barry Lewtas‘ side came up against a strong opponent, with Clyne, Kelly, Jairo Riedewald, Remi Matthews and Nathan Ferguson all making the step down from the Palace first team to start.

But the young Reds took the lead after an impressive start, with Kaide Gordon leading a flowing move that saw Leighton Clarkson‘s low cross being tucked away by Max Woltman. 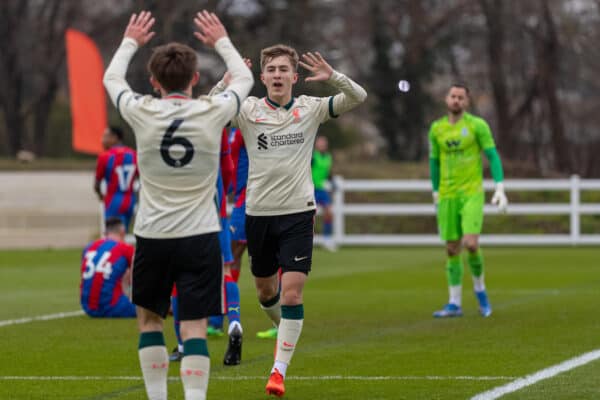 Palace gained control soon after, and it was Clyne who dominated proceedings on the right wing, keeping Owen Beck busy, while Marcelo Pitaluga was required to produce a strong save to keep out Kelly’s volley.

Liverpool should have gone two goals up just before half-time, with Gordon brought down in the box following a mazy run, but the 17-year-old’s resulting spot-kick was denied by Matthews. 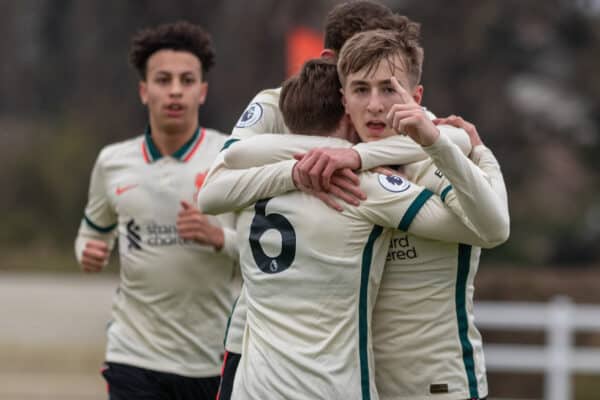 There was less to separate the two sides after the break, with Liverpool continuing to put the work in against a more physical opponent, the driving runs of Beck and Conor Bradley a prominent feature.

A flashpoint sparked in the 65th minute, with two opportunities in quick succession for Palace, Rob Street first drawing a save from Pitaluga before a big block from Jarell Quansah halted the move.

Palace began to tire as Liverpool maintained their intensity, with the young Reds benefiting as spaces began to open up in midfield and in front of the hosts’ defence. 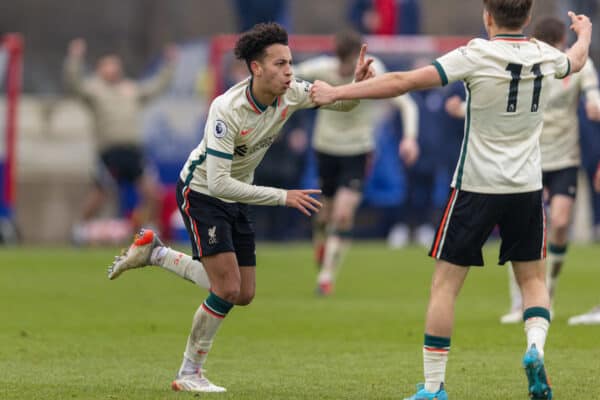 The relentless work of Lewtas’ youngsters was summed up as James Balagizi thwarted a big chance for the 25-year-old Riedewald, tracking the midfielder into the box and pulling off a brilliant slide tackle to keep his side ahead.

One last opportunity presented itself for Palace late on, but Ferguson headed wide from a corner.

And soon after, Gordon went up the other end and bent a stunning goal in to secure an impressive win, rounding off an unforgettable January for Liverpool’s No. 49.