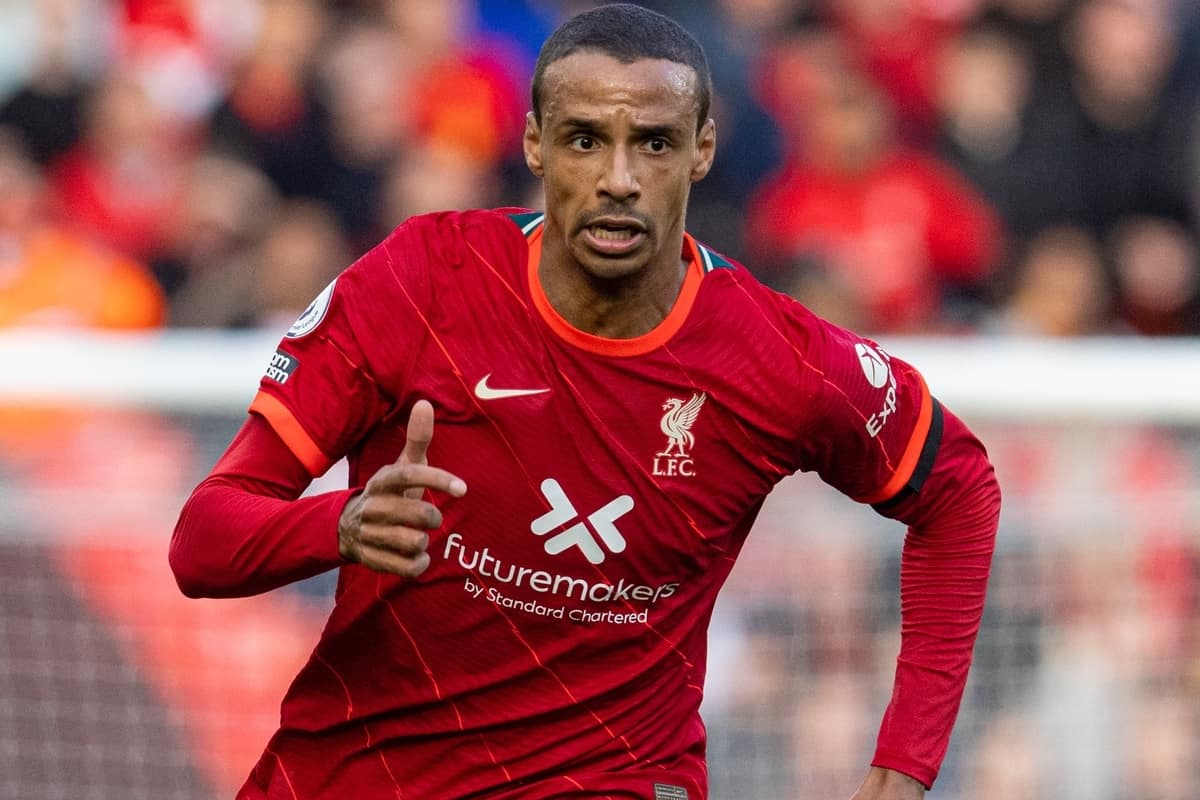 Liverpool assistant manager Peter Krawietz would not divulge how many players are ruled out for Liverpool due to Covid as the club still await another round of testing, but Joel Matip did return to training on Friday.

Liverpool experienced a severe outbreak of COVID-19 that forced the training ground to shut for 48 hours and the postponement of the first leg League Cup semi-final at Arsenal.

Jurgen Klopp and Pep Lijnders both tested positive alongside a host of players and staff members to leave the Shrewsbury tie clouded in uncertainty as to who could feature or be on the touchline.

A host of young players from the club’s academy have long been expected to be drafted in next to senior figures, but exact names have been withheld – although Matip’s return to training after testing positive is welcome news.

Ahead of the clash, Krawietz took on the media duties and provided an update but continued to keep names in the dark while confirming a number of youngsters will feature alongside “experienced leaders.”

“No exact numbers, we have a squad and we have a team and we will try and win this game,” Krawietz told reporters.

“It’s a difficult situation, we had obviously injuries, illness and Covid cases and this is the situation we have to deal with.

“We still have to wait for a few results [later today], players are not here and they have to do a test before they enter the building for today and this is why I can’t speak about the exact numbers.

“Yes, [rely on academy], in the under-23s we had Covid cases as well. A few are back now again and we can select a squad that can play our football way, we want to play a proper game.

“What we try to do is have a proper team performance with experienced leaders in the team and young players who will get this fantastic experience to play at Anfield and feel the support of our supporters.

“Joel Matip was back in training yesterday [Friday], but have to see if he is available tomorrow or not.”

While it is not known exactly who has had or has Covid, the likes of Kaide Gordon, Harvey Davies, Conor Bradley and Leighton Clarkson could be involved in the squad.