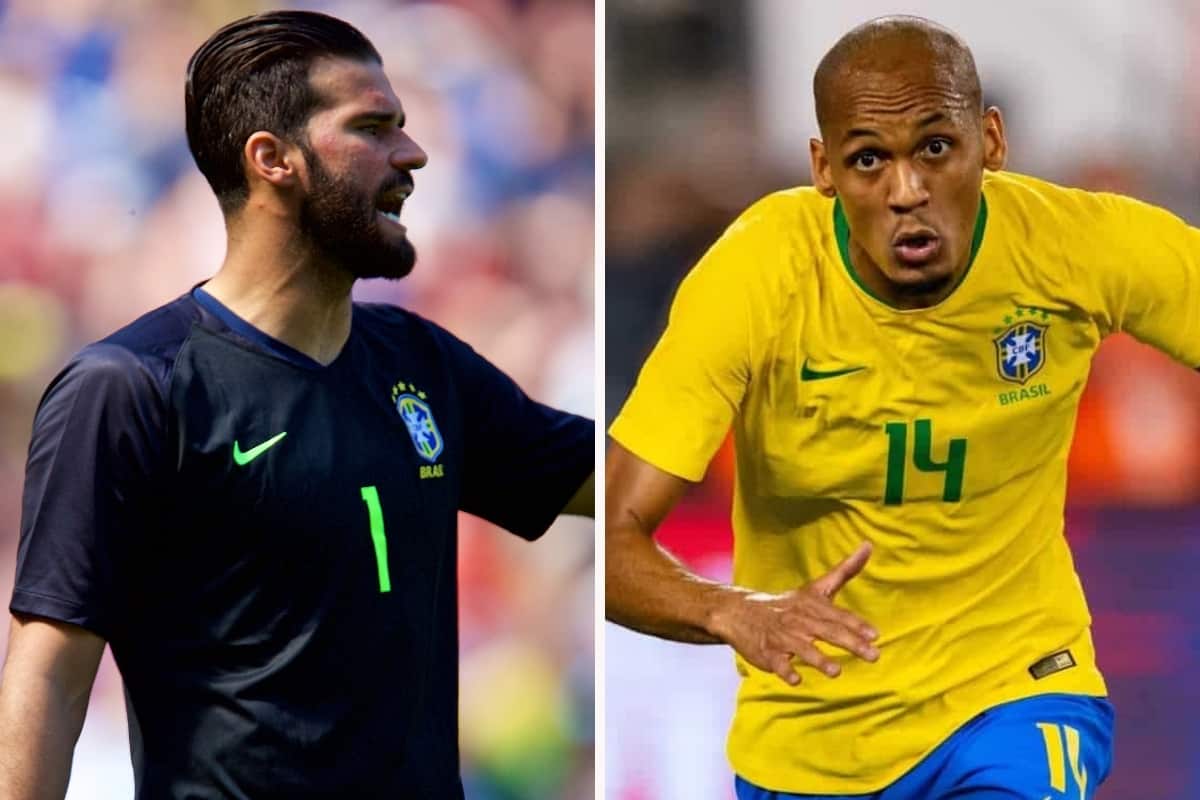 Alisson and Fabinho have been selected to represent Brazil during the Premier League‘s winter break, but Roberto Firmino has been left out of the squad.

While those within UEFA will be afforded a winter break between January 24 and February 2, there are World Cup qualifiers to play for those in AFC and CONMEBOL.

This, therefore, includes Brazil, who are to play Ecuador (Jan 27) and Paraguay (Feb 1), meaning there is no winter break for Alisson and Fabinho despite Brazil qualifying for the tournament back in November.

Tite confirmed his squad for the double-header on Thursday, including the Liverpool duo – but notably, Firmino has been omitted.

Fabinho will not be up for selection in the opener against Ecuador as he is suspended after picking up two yellow cards across his last three appearances, which is a positive for Jurgen Klopp as he can only play a maximum of 90 minutes.

Firmino’s absence comes after an injury layoff for the striker, and amid doubts over his long-term place under Tite, but will be considered another boost for Liverpool.

Selection means Alisson and Fabinho will swiftly depart after Liverpool’s visit to Crystal Palace on January 23 and return just in time for the FA Cup fourth-round tie against Cardiff on February 6.

The same applies for goalkeeping coach Claudio Taffarel, who is also part of the Brazil staff.

The winter break has also been touted as a potential time to catch up on games that have been postponed, however, and that could include Liverpool’s Premier League game against Leeds.

If this was the case, Klopp could then be without Alisson, Fabinho and Takumi Minamino – who will be expected to be selected by Japan – along with AFCON trio Mo Salah, Naby Keita and Sadio Mane for that clash.