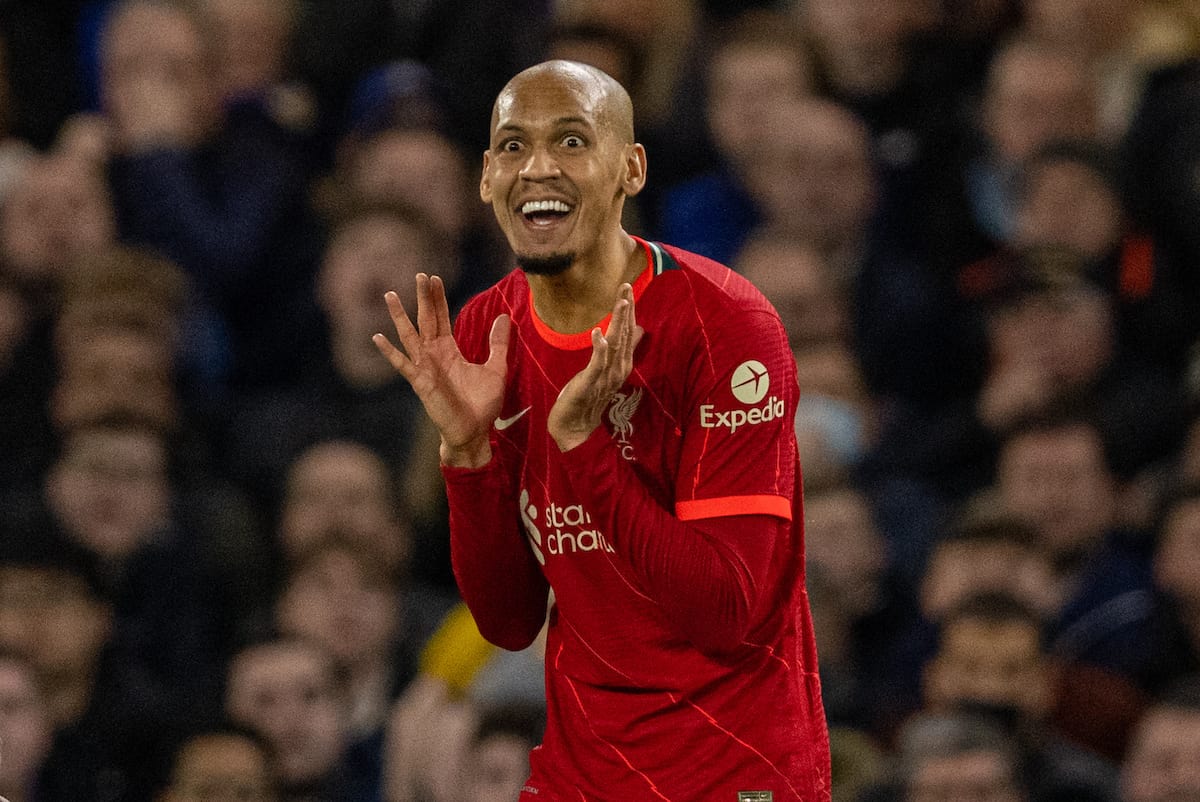 Liverpool blew a two-goal lead to draw 2-2 away to Chelsea on Sunday afternoon, with many fans left frustrated by more poor defending.

The Reds face a must-win game in the Premier League title race, but they were unable to overcome an inspired Blues outfit.

Sadio Mane and Mohamed Salah fired Liverpool into a 2-0 lead, but goals from Mateo Kovacic and Christian Pulisic levelled it up before half-time.

A breathless second half saw both sides searching for winners, but in the end, they had to settle for a share of the spoils.

Here’s how supporters reacted to the Reds’ draw on Twitter, Facebook and This Is Anfield’s comments section.

An unforgettable game was dissected…

There’s been a lot of pushback on attempts to hand Manchester City the title this week but the flaws (and strengths, of course) of their two challengers were underlined there. Hard to see either closing the gap but for an unimaginable collapse. Made for a great game, at least!

That was not good for my health.

Given the circumstances, a draw isn't bad at all.

Liverpool weren't great at all, but maybe unrealistic to have expected it.

Big plus is it's another big away done. Only Arsenal and City left in that column now.

Forget City and the title race for a second, that's actually a really well-earned point.

Battled bravely against an inspired (and very good) team, even if blowing the lead is frustrating.

Plenty of negatives, but given how much was working against them, take it and move on.

Like Spurs, another one of those results that's actually perfectly acceptable if you haven't majorly slipped up elsewhere

Some rued some uninspiring defending and a weak mentality…

Story of our season really, taken the lead and should have come away with 3 points if we were more solid defensively. Some moments of class in attack, but not enough of those in defence.

with the circumstances, a point isn't a bad result… but it is when you look at the table

#CHELIV may have been a great watch, but it epitomised why neither will win the title this season. One side allowed their opponents to race into a two goal lead, while the other allowed a two goal lead to slip. Big shout for both GKs who were superb.

What gets me most about this team is they looked sorry for themselves after Leicester & City going so far ahead.

Lack of communication from any ‘leaders’ seems gone. Hendo, Virgil etc used to manage in game. We used to strive in these situations. No one doing that now. #LFC

The demise of our midfield – mitigating factors or not – has been a massive reason behind our title race failure this past 2 weeks.

Jordan Henderson had a poor day at the office…

Jordan Henderson is very very lucky we have a weak midfield and we seem to be made of quavers or he’d be on for a break from that team. #LFC

I can't quite believe that.

Suppose this is to be expected from Liverpool with Milner and Henderson in midfield.

A 20th league title is in serious doubt…

Draws kill you in title races and Liverpool and Chelsea have cut each other’s throats this season. The league table doesn’t lie, but if there’s one thing Klopp’s Reds have proved it’s that you should never give up. And we won’t. Up the Reds #LFC #LIVCHE #PremierLeague

That’s the title done now. Go as full strength as we can on Thursday and try to win the League Cup.

No disguising the fact, a really disappointing result after being 2 goals up. We really should have seen that out. It's going to take a herculean effort to take title now and we'd need City to slip up. I'll keep believing until it's impossible though. Up the Reds

That’s the title done for me, personally. If you weren’t already sold on going all-in on the league cup games over the next few weeks, you should be now.

Liverpool aren’t good enough to win the title this season, not when you need to be nearly perfect. It’s frustrating as hell but this squad is ageing, with some struggling for form and fitness. Will need some investment and new ideas, because consistency is crucial.