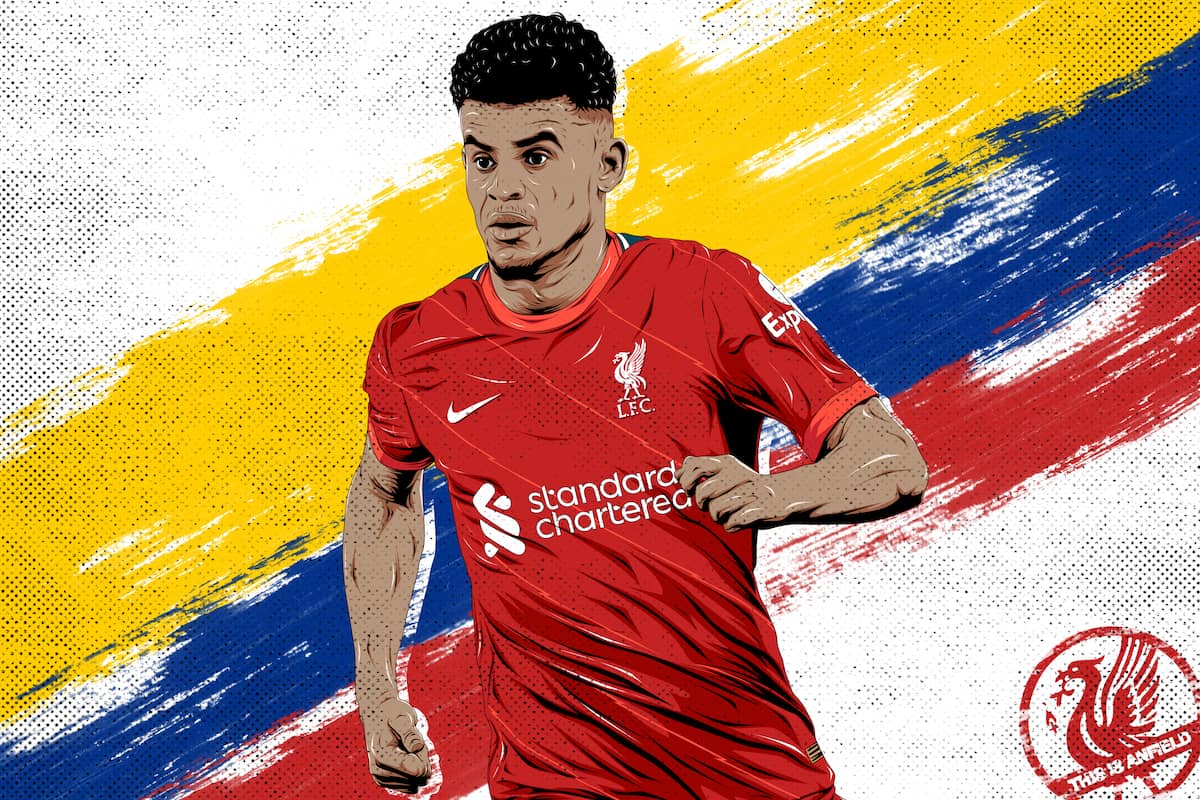 Luis Diaz is now officially a Liverpool player, which can only mean one thing – you can put him in your Fantasy Premier League team!

The 25-year-old has joined the Reds in a move that could eventually cost £50 million, making him the fourth-most expensive signing in the club’s history.

Diaz’s arrival came from nowhere towards the end of last week and it has given everyone associated with the club a huge boost.

With Premier League glory not yet out of the question despite Man City‘s nine-point lead, as well three cup competitions to play for, the Colombian could have a major role to play.

The next round of league matches comes during the middle of next week, with Liverpool hosting Leicester on February 10, looking to avenge their post-Christmas defeat.

Fantasy Football players will no doubt be pondering who to pick for that gameweek and Diaz has now been included in the popular game.

He is classed as a midfielder and will cost £8.0m for those who trust him to deliver the goods straight away, as confirmed by the official Twitter account on Monday.

Whether including him in your side is a wise decision remains to be seen – he scored 14 goals and assisted another five in 18 league starts for Porto this season – with Jurgen Klopp famed for easing new signings into the team.

The likes of Andy Robertson, Alex Oxlade-Chamberlain and Fabinho all took time to adjust to the manager’s system and that could again be the case with Diaz.

That being said, Mane and Salah have now reached the semi-finals at the Africa Cup of Nations, so both could still be unavailable for the Leicester game.

That would heighten Diaz’s hopes of making a maiden league appearance for the Reds, with his debut potentially coming at home to Cardiff in the FA Cup fourth round this Sunday.