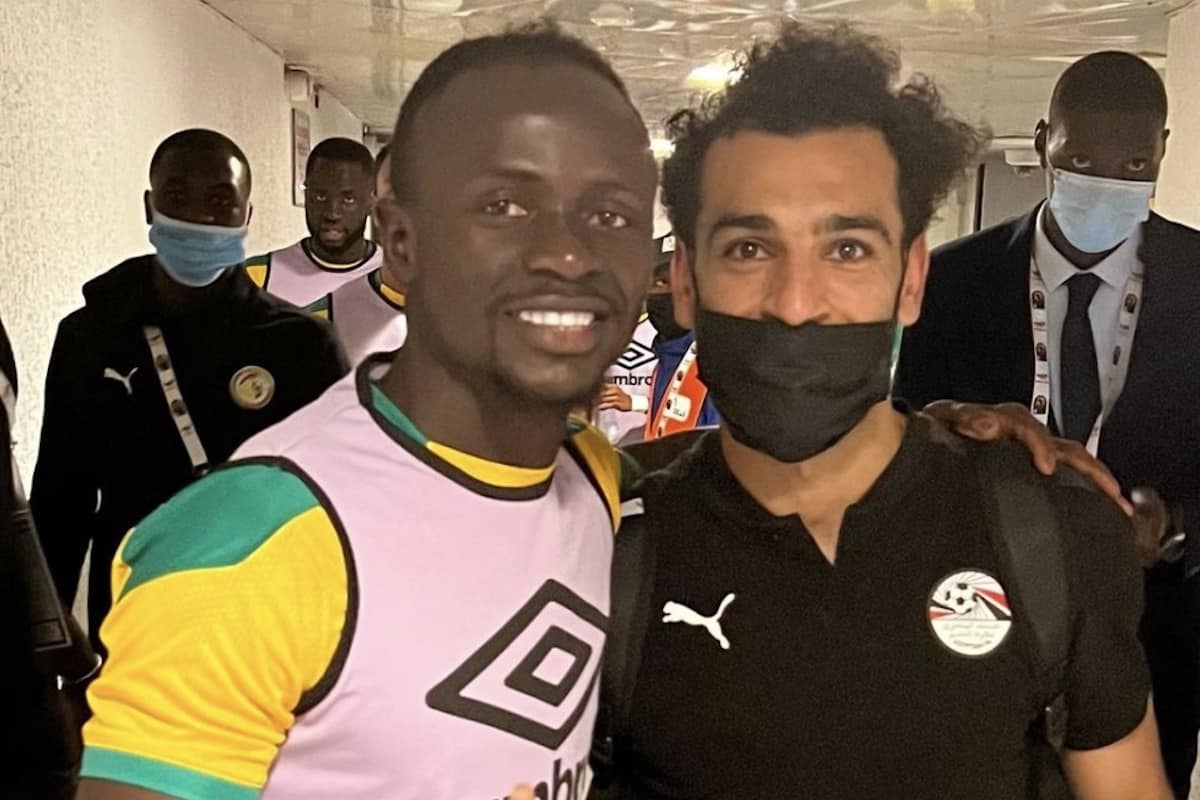 Mohamed Salah and Sadio Mane revelled in their success in the quarter-finals of the Africa Cup of Nations, with the Liverpool duo pictured together in Cameroon.

Egypt and Senegal are both through to the semi-finals of this year’s tournament, with Salah and Mane playing crucial roles in their knockout games so far.

Salah scored one and assisted another as Egypt beat Morocco 2-1 on Sunday afternoon, before Mane recorded an assist in Senegal’s 3-1 victory over Equatorial Guinea.

They will take different paths in the semi-finals, meaning there is a chance the Liverpool duo then face off against each other in either the final or third-placed playoff on February 6.

Both of the quarter-finals were held in Stade Ahmadou Ahidjo, which gave Salah and Mane the chance to link up.

The pair posed for a photo, shared by the Confederation of African Football on Instagram, after meeting in the tunnel of the stadium in Yaounde.

Progress to the semi-finals means Salah and Mane are guaranteed to miss Liverpool’s next game, which comes at home to Cardiff in the fourth round of the FA Cup.

That tie takes place on Sunday, the same day as the AFCON final and third-placed playoff, with the duo then expected to return ahead of the clash with Leicester in the Premier League (Feb 10).

Jurgen Klopp may grant them an extended break, however, with the manager mindful of their need to recover after playing a key role throughout the tournament.

Naby Keita is due to return earlier that Salah and Mane, and the midfielder has already begun light training after Guinea’s exit from the last 16.