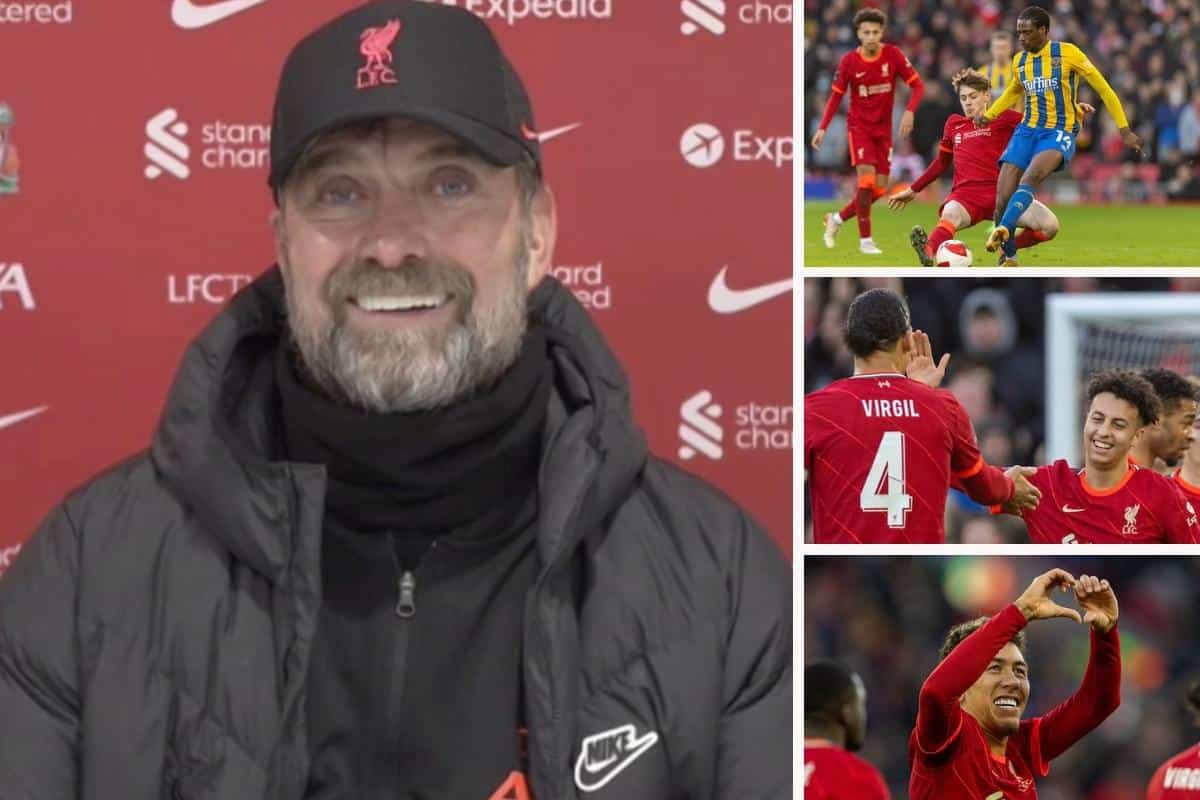 It was a week like no other for Jurgen Klopp and Liverpool but there were plenty of ” nice little stories” that emerged in the win over Shrewsbury to keep the boss smiling.

Here are four key points from the manager after the win and his return to the touchline:

‘It was so difficult’ 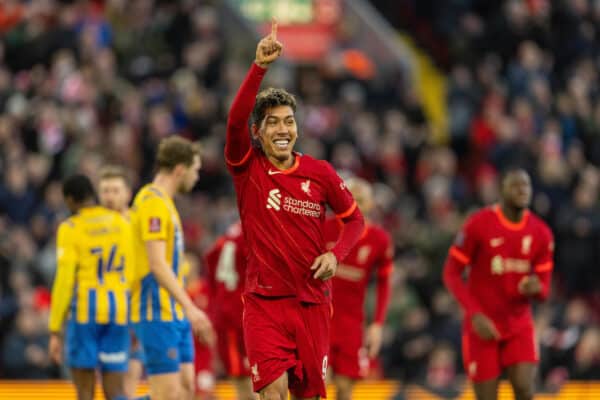 It’s not been the smoothest of weeks for Liverpool and the preparation was far from ideal, with Klopp having only joined the team on Sunday.

But the boss was happy with what he saw from a team that was mixed with experience and youth.

“It’s so difficult, setting up a team, starting training on Friday and then involving all these young kids – they’re all really good footballers.

“But it makes it really tricky, especially when you have to play and break down a low block which Shrewsbury rightly did today.

“Just happy about the result…So many things could have went wrong but in the end, we made it all fine.”

A lot of false positives 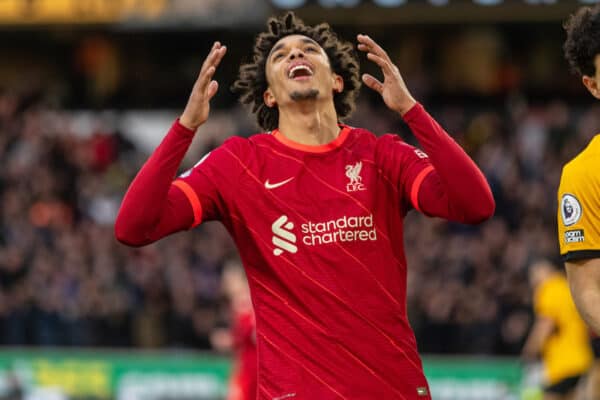 Liverpool were reported to have suffered a “severe outbreak” of COVID-19 earlier in the week, forcing the training ground to close and the postponement of the trip to Arsenal.

But after the win over Shrewsbury, Klopp confirmed that only Trent Alexander-Arnold was a “real positive,” the rest were false positives.

“We thought last week we had a proper outbreak and it showed up that we had a lot of false positives, actually.

“But the rules are like they are so all these players that were false positive could not play today, or we decided not to play them.

“We had to make that decision, the only real positive case was Trent Alexander-Arnold and all the rest were false positive. A tough week.”

It means Liverpool’s squad will be significantly bolstered on Thursday.

Praise for the youngsters

Four teenagers made their start for Liverpool with a further two coming off the bench and the boss was very happy with what he saw.

“I am delighted, even though I know they can both [Gordon and Bradley] do better because they are real talents, I’m really happy with that,” Klopp said.

“Kaide is obviously finishing wise is an adult, is exceptional, all the rest he is still a kid..but I’m really happy for them.

“So many really nice little stories today, so good.”

Klopp also confirmed that Kaide Gordon had only recently returned from having Covid.

Thiago out for the season – “Not at all” 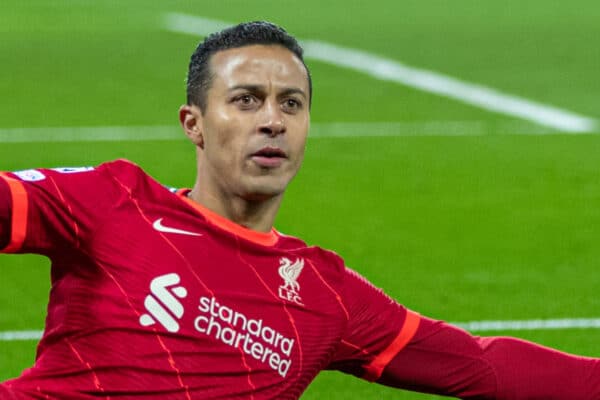 Online rumours can spread like wildfire and one of the most recent was that Thiago would be sidelined until the end of the season with a hip injury.

Klopp rubbished those claims but did say it’s an injury that does need time, with the Spaniard expected to kickstart his rehab in the coming week.

“Neither March nor until the end of the season is in my mind,” Klopp said.

“Something around the hip, that’s the situation. It needs time. He didn’t train this week but we expect him back to do rehab stuff from [Monday] on and then we will see.