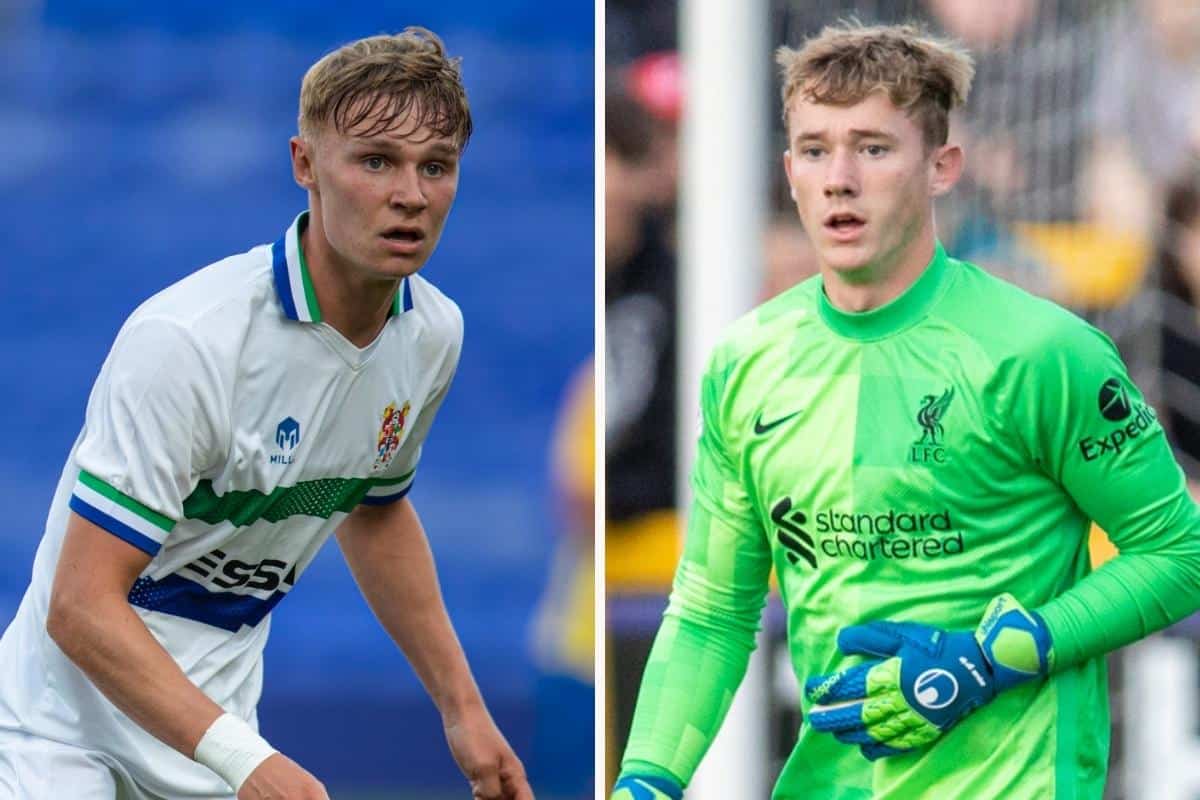 Paul Glatzel made an impactful return from injury as Liverpool’s loanees found themselves in midweek action, with the latest to head out keeping a clean sheet.

It had been suggested prior to the January transfer window that, like Leighton Clarkson, Glatzel could be among those under consideration for a loan recall.

But the young striker, spending the season with Tranmere in League Two, produced an impressive run of form throughout November that saw him earn first-choice status under Micky Mellon.

Four goals and two assists in three starts saw Glatzel finally showcase his talents at senior level, before a hamstring injury sidelined him for the festive period.

The 20-year-old missed five games, including a run of four consecutive league victories for Rovers, before making his return off the bench in the weekend’s 4-0 victory over Scunthorpe.

Glatzel was given 12 minutes that day, and Mellon increased his game time with another substitute’s appearance against Salford City on Tuesday night.

Sent on with Tranmere a goal down, it took 12 minutes for Glatzel to find the back of the net, keeping the move alive following a free-kick from out wide, before following up to head home a blocked shot.

It was a fine finish from the Liverpool loanee, and earned a point to stretch Rovers’ unbeaten run to eight games in the third tier – Tranmere are now second, albeit having played a game more than leaders Forest Green and the rest of the promotion hopefuls.

In his first season in senior football, Glatzel has so far scored five and assisted three in 16 games, averaging a goal or assist every two hours.

“[Liverpool are] always on the phone, always seeing how I’m getting on,” the youngster said after the game.

“I actually went back for a few days with my injury, just for them to have a little checkup on it and see how I’m progressing.

“They’re always there to support me and see how I’m getting on, if I need any advice or whatever.

“It’s good to have that, to know that you are on loan but they’re still keeping an eye on you and seeing how you’re getting on. They’ve been good to me.” 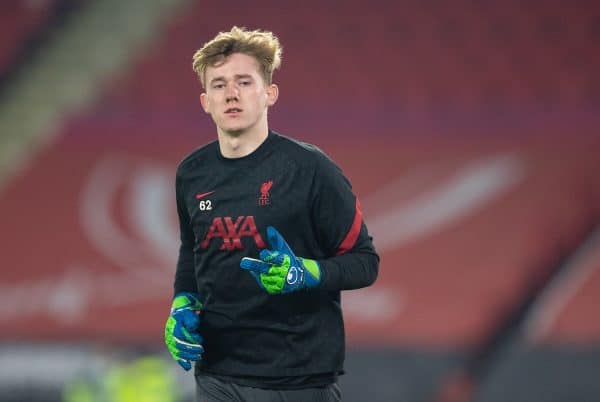 The club’s director of loan management David Woodfine will have been delighted, too, as goalkeeper Liam Hughes produced an excellent performance days after joining Stalybridge Celtic on loan.

Hughes left the Reds for non-league Stalybridge last week, and made his debut in their clash with Atherton Collieries on Tuesday.

Taking his place between the sticks, the 20-year-old made a number of strong saves, including with the scores at 0-0 in the first half as he raced out to deny Matty Gillam in a one-on-one.

The save from the spot that kept Celtic ahead ?#UpTheCelts pic.twitter.com/BNDCDnyU3z

Another debutant, striker Raul Correia, put Stalybridge 1-0 up in the 55th minute, only for Atherton to be awarded a penalty soon after.

Gillam stepped up to take the spot-kick, but there was Hughes to dive the right way and pull off a brilliant stop to secure the three points on his first-ever senior appearance.

Hughes, who has been part of the Northern Ireland squad in the past, will now look to build on his debut when Stalybridge host Scarborough on Saturday afternoon.