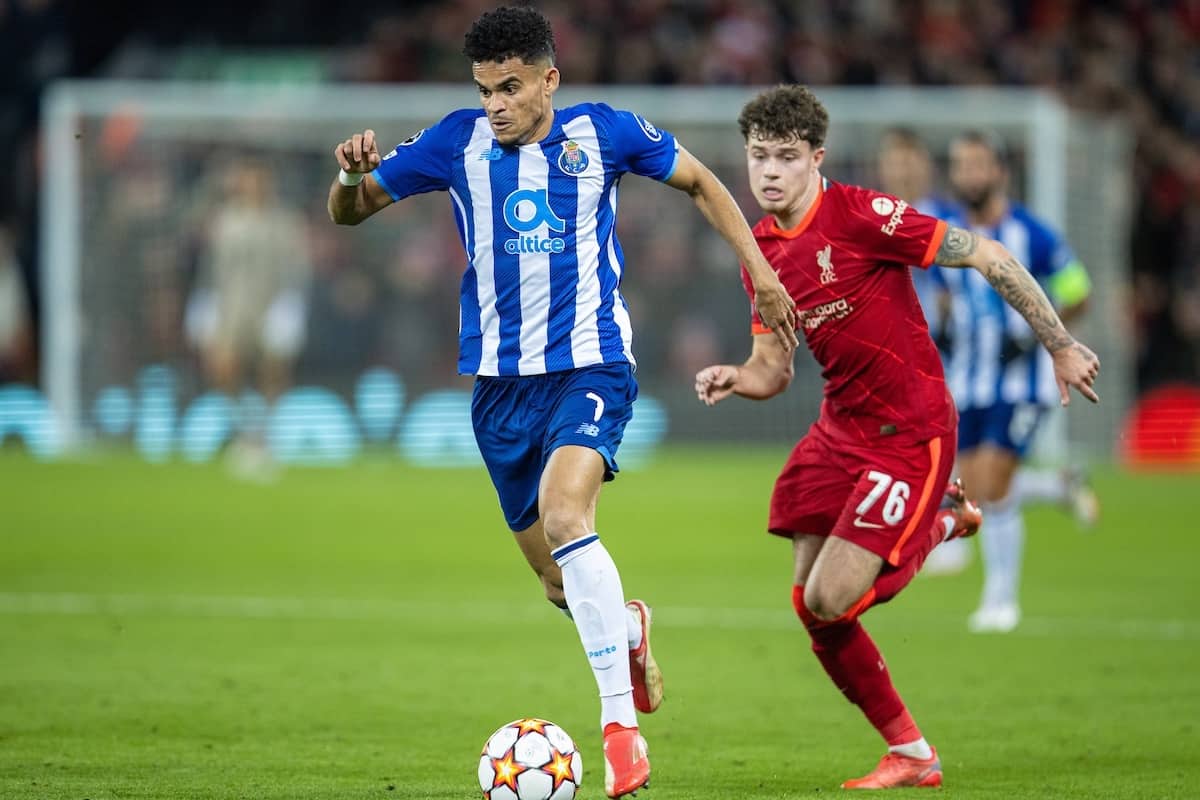 Reported incoming Liverpool signing Luis Diaz is set to earn a surprisingly low wage when he joins the Reds, according to a fresh claim.

Numerous reports on Friday have stated that the Porto winger is on the verge of sealing a big-money move to Anfield this month.

A £50 million deal for Diaz is to be comprised of an initial £37.5m with £12.5m in add-ons, as Liverpool make a potentially huge stride in the transfer market in January.

The Porto star is currently on international duty with Colombia and a medical is expected to be completed in South America over the weekend.

Diaz is currently enjoying a wonderful season, netting 14 times in just 18 Primeira Liga starts, taking his overall tally for Porto to 41 in 125 appearances.

Amid the many rumours circulating on Friday, a new claim has emerged, courtesy of Portuguese journalist Pedro Sepulveda on Twitter.

He states that Diaz will earn just £56,000 per week at Liverpool in a deal running until 2027, in what has to be considered a ‘small’ wage given the eye-watering amounts of money players earn in the modern game.

It would certainly represent a bargain for a player who has already become one of Europe’s more highly thought of and pursued wide players, scoring twice in the Champions League this season.

It looks set to be another masterstroke from sporting director Michael Edwards, as well as his future replacement in the role, Julian Ward – who took the reins on the deal.