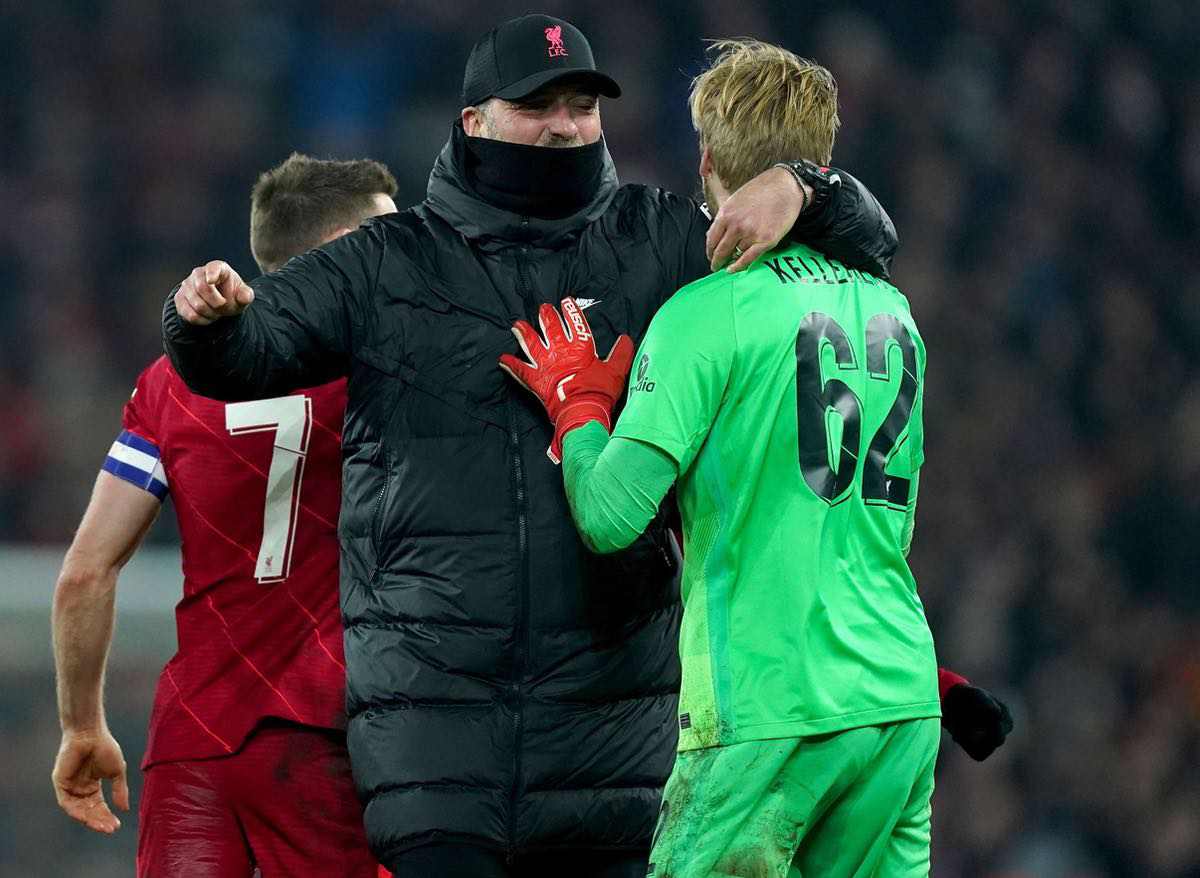 COVID-19 has again thrown the spanner in the works for Liverpool ahead of their crucial trip to Chelsea, and injuries too are to limit Jurgen Klopp‘s selection for the match.

Liverpool are looking for an immediate response after dropping three valuable points in midweek at Leicester, with this league not forgiving of such results.

It will be the final time Klopp can call upon Mohamed Salah, Sadio Mane and Naby Keita until the conclusion of their Africa Cup of Nation campaigns and they could each prove instrumental.

Further positive cases have depleted the Reds’ numbers and will ensure the team are without Klopp on the touchline, but Chelsea too are battling their own squad issues to add another layer of complexity to an already decisive fixture.

Here’s how Liverpool could lineup at Stamford Bridge.

There is still a lot of uncertainty for who can play a part in the first game of 2022 after three first team players tested positive:

With the names of the positive cases unknown, it makes it tricky to predict just how Liverpool can lineup on Sunday.

“You will see on Sunday when you see the teamsheet it’s pretty clear who is affected,” Klopp said on Friday.

It is likely that Alisson and Roberto Firmino are to be absent, however, and that makes for one obvious inclusion and an unchanged forward line:

This would see the Reds set up like this: 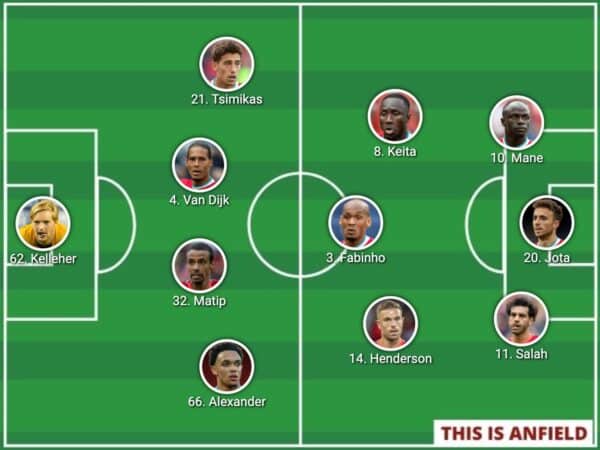 With such little information and the chance of further positive cases before kickoff, unpredictability is the word for fans and even for Klopp.

It goes without saying that if Alisson is available he will start, but here are other possible options for the manager at Chelsea:

It’s far from ideal for preparations for what is a must-win game but the show, at this stage, is still to go on and Liverpool will need to put their best foot forward, irrespective of who is out.

Starting 2022 with a win and sending Salah, Mane and Keita away off the back of a victory is exactly what Liverpool need and they’ll have to dig deep to do just that to cut the deficit to Man City.